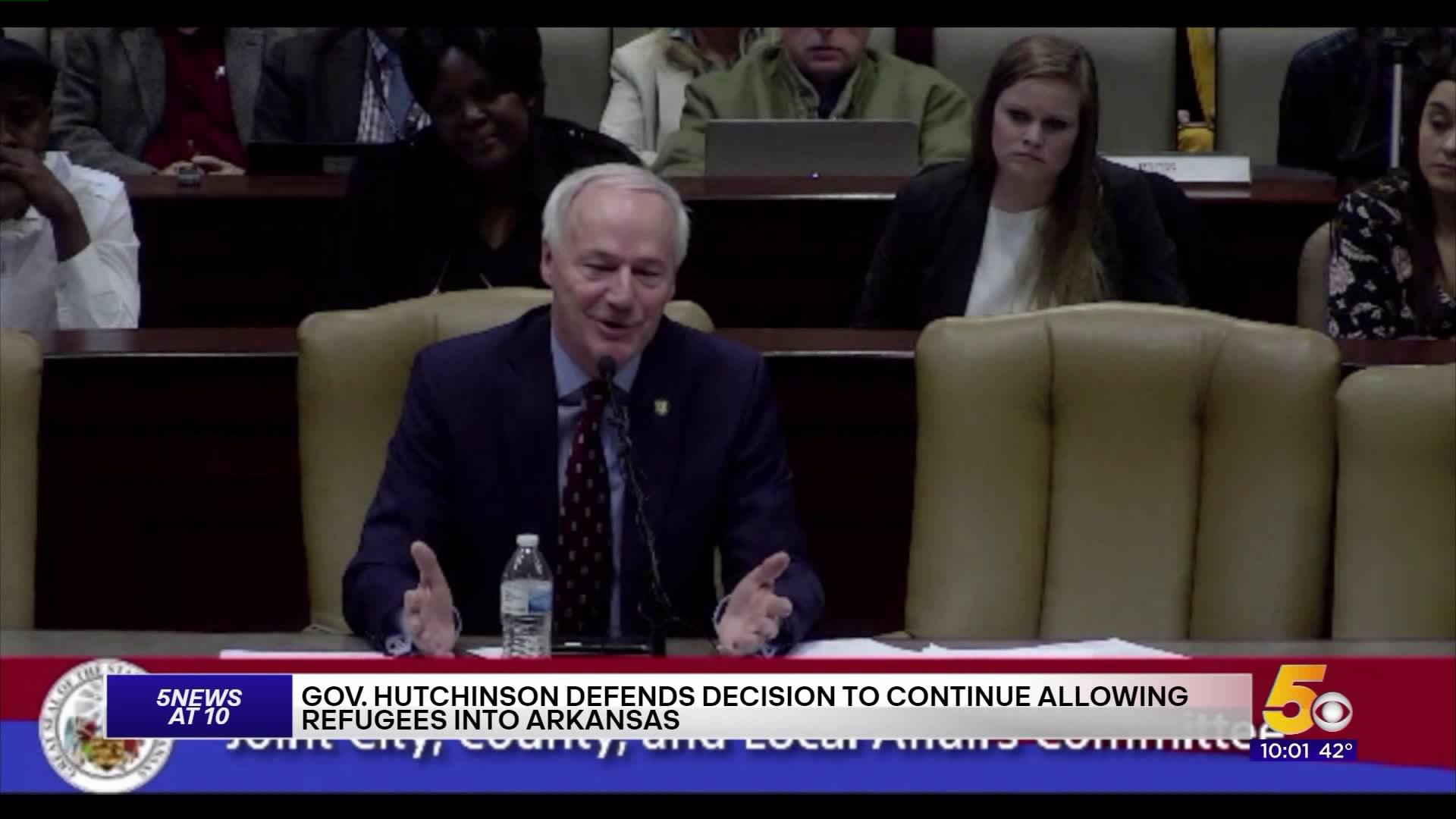 LITTLE ROCK (KFSM) — Arkansas' governor is defending his decision to continue accepting new refugees despite skepticism from some GOP lawmakers.

Initially I had concerns as we have our own issues here in the county. Public safety is one of those concerns with a growing population and what we have seen with our growing homeless population. However, I was informed by the Governor that the total number of refugees would be around 30. I am confident in the enhanced vetting process enacted by the Trump Administration and I feel that these are refugees seeking political asylum from persecution in their home country. Northwest Arkansas, and particularly, Washington County, will benefit from their resettlement and that our citizens will welcome them and provide a safe haven for their families. While we maintain public safety for all.

Some lawmakers spoke about their frustrations as they question the Governor saying they were upset they did not have more of a say in the matter.

State Senator Bob Ballinger tweeted saying many of his constituents have many questions that need to be answered and this is not acceptable.

I cannot believe that is all the open discussion #ARLeg is having on the issue of the refugee settlement in NWA. My constituents have many questions that need to be answered. This is not acceptable.

Arkansas is among 42 states that have said they will continue to accept refugees since the Trump Administration issued an order in September that gave state and local governments the authority to refuse to accept them for the first time in history.

Republican Representative Charlene Fite says she listened to the governor this morning and thought he did an excellent job explaining the situation and that this isn't a significant change from previous years and that this year Arkansas will see fewer refugees than in the past couple of years.

"I hope that what the governor said relieves any fear people have had. The biggest change is that in the past states have had no say so. Under the Trump administration, local cities are allowed to say yes or no, we will, or we will not allow refugees," Fite said.

Many lawmakers and non-profits attended the meeting in Little Rock Monday (Jan. 13) morning. Including Canopy NWA, a non-profit that helps refugees transition into life in Northwest Arkansas.

Fayetteville Mayor Lioneld Jordan sent a letter to Governor Hutchinson praising Canopy NWA's accomplishments and detailing the economic impact refugees have had on the area.

I continue to be grateful for the governor’s leadership. Thank you, too, to my @Springdale_AR mayor and county judge for your partnership. Let’s keep moving Arkansas forward #forfairness. 🇺🇸💙

The @realDonaldTrump administration has made the highest priority of the refugee program to provide safety to those who risked their lives and their families lives to help our military. I am proud @AsaHutchinson is not going to deny them refuge in AR.