LITTLE ROCK, Ark. (AP) — An Arkansas legislative committee is backing a short-term proposal to increase salaries for new teachers, though some education groups ... 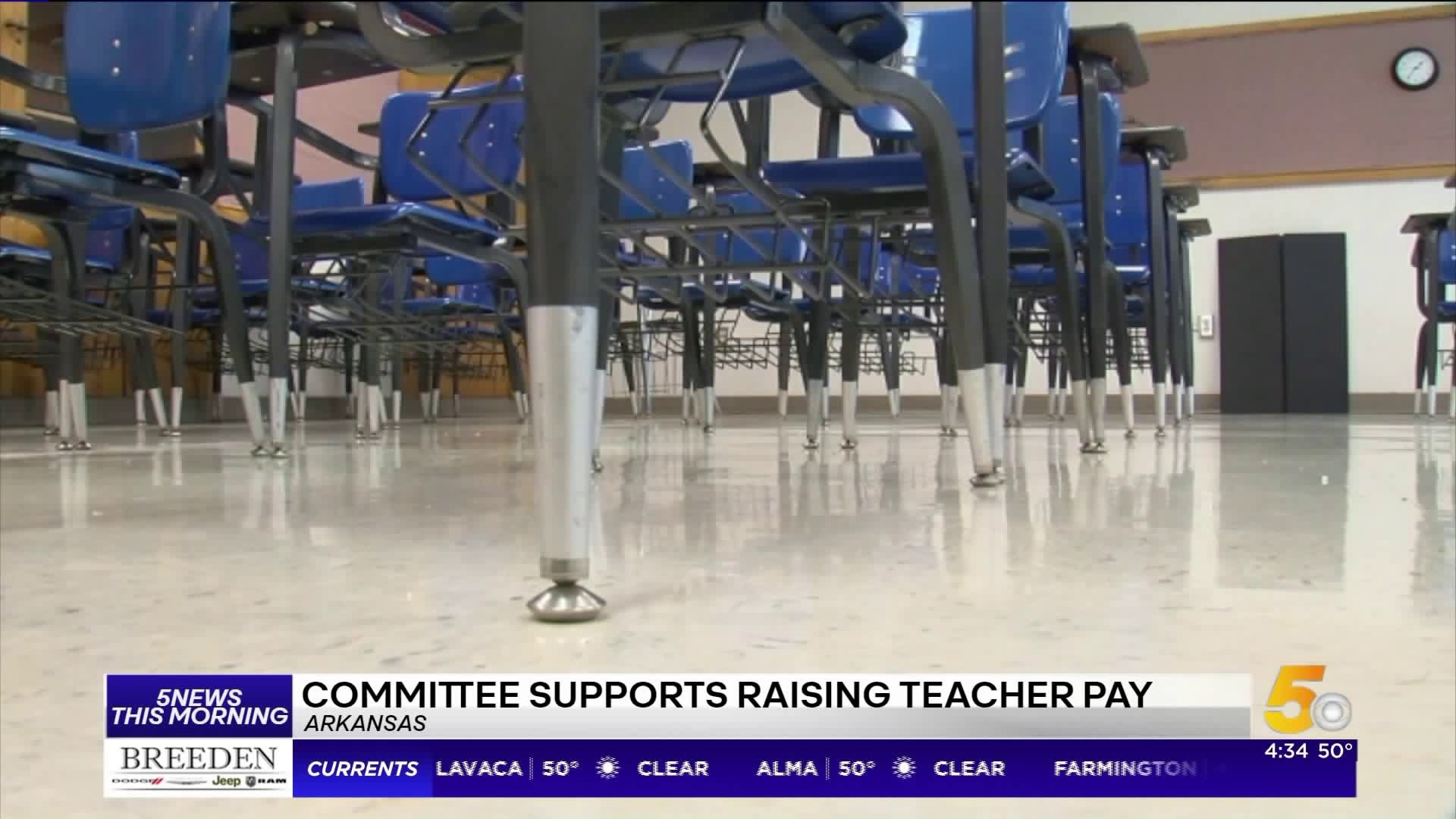 LITTLE ROCK, Ark. (AP) — An Arkansas legislative committee is backing a short-term proposal to increase salaries for new teachers, though some education groups say the state needs to figure out a permanent solution.

The state Department of Education has recommended guidelines for the allocation of $60 million to public schools over the next four years. The Administrative Rules Committee of the Legislative Council reviewed the department's suggestions Wednesday, the Arkansas Democrat-Gazette reported.

The council plans to meet Friday to decide on the proposal, which would meet the requirements of the Teacher Salary Enhancement Act that Gov. Asa Hutchinson approved earlier this year to raise minimum teacher salaries from $31,800 to $36,000 by 2023. The state money would also offset the costs of implementing mandatory wage increases in more than 160 of 238 Arkansas public school districts.

Richard Abernathy, executive director of the Arkansas Association of Educational Administrators, said school leaders are grateful for the suggested funding.

"This funding was crucial for some of our smaller, poorer schools, as everyone knows that our teachers deserve a raise," Abernathy said. "We do have school districts who are concerned that this funding stream dries up in four years, and they wonder what happens after that. We are working with legislators to find a solution to the funding cliff, and hopefully this can be addressed in the 2021 legislative session."

Education groups said they have warned that the school districts in Arkansas, many of which have smaller tax bases, would then be stuck with paying those salaries once the four-year state funding aid ends.

Arkansas lawmakers have noted that the state will ensure school districts continue to receive enough funding to cover the increased payroll expenses. The districts are also seeing payrolls increase for non-classroom staffers after voters approved a minimum wage rise in 2018. The increased minimum pay is being phased in through 2021.

The Arkansas House and Senate Education committees conduct an "adequacy study" every two years to assess the state's public-school funding needs before making suggestions to the governor and Legislature.