(KFSM) — Some people say ‘like father, like son’, and that rings true for one Arkansas family. Sherwood native Dylan Pettit, 20, is a U.S. Air force...

Sherwood native Dylan Pettit, 20, is a U.S. Air force Airman deployed in the Middle East and decided to honor his father by recreating a photo from 25 years ago.

Dylan’s father David Pettit served in the Air Force for eight years during the Desert Storm and while overseas captured the timeless photo smiling next to a camel.

He said the photo was taken shortly after the U.S. declared victory in the Gulf War and he was exploring the Saudi countryside, according to KATV.

Dylan took it upon himself to recreate the picture decades later and his stepmother Melody says they are proud parents.

“We are just so proud of our son and the bond he shares with his dad!” Melody said.

David now serves as a police officer in North Little Rock. At the time of the photo he was 21-years-old, almost the same age his son is now.

Melody says David was able to salute his son during the tap out process after his basic training, which was very special to them. 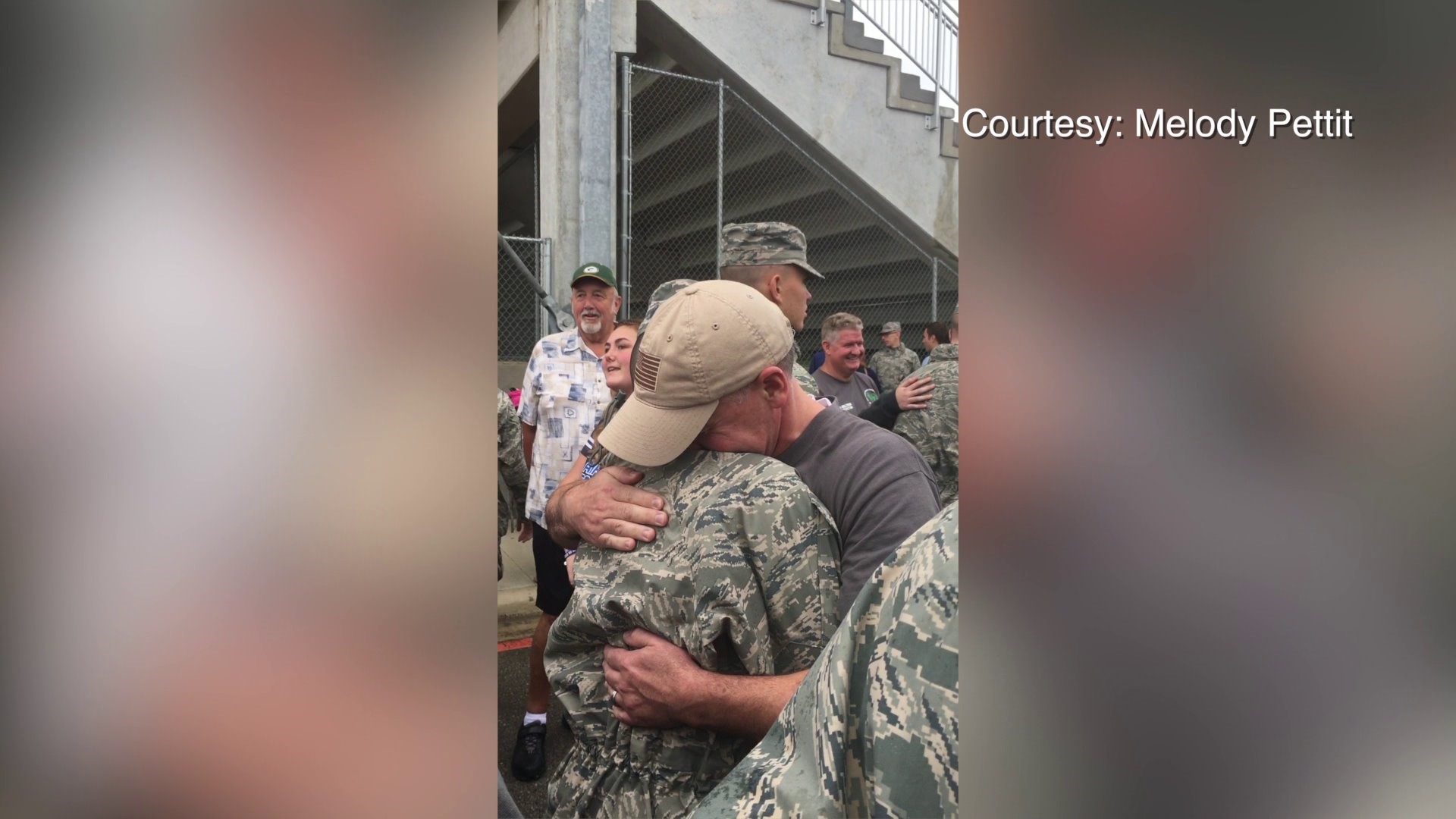 The family says they miss Dylan but are able to talk to him almost every day.

The photo is among many from David's deployment that the father and son have looked at over the years. Melody says she has sent him several other photos in case he would like to recreate more.