PHOENIX (AP) — The governing board in Arizona’s most populous county has suspended an elected official accused of running a human smuggling scheme involvi... 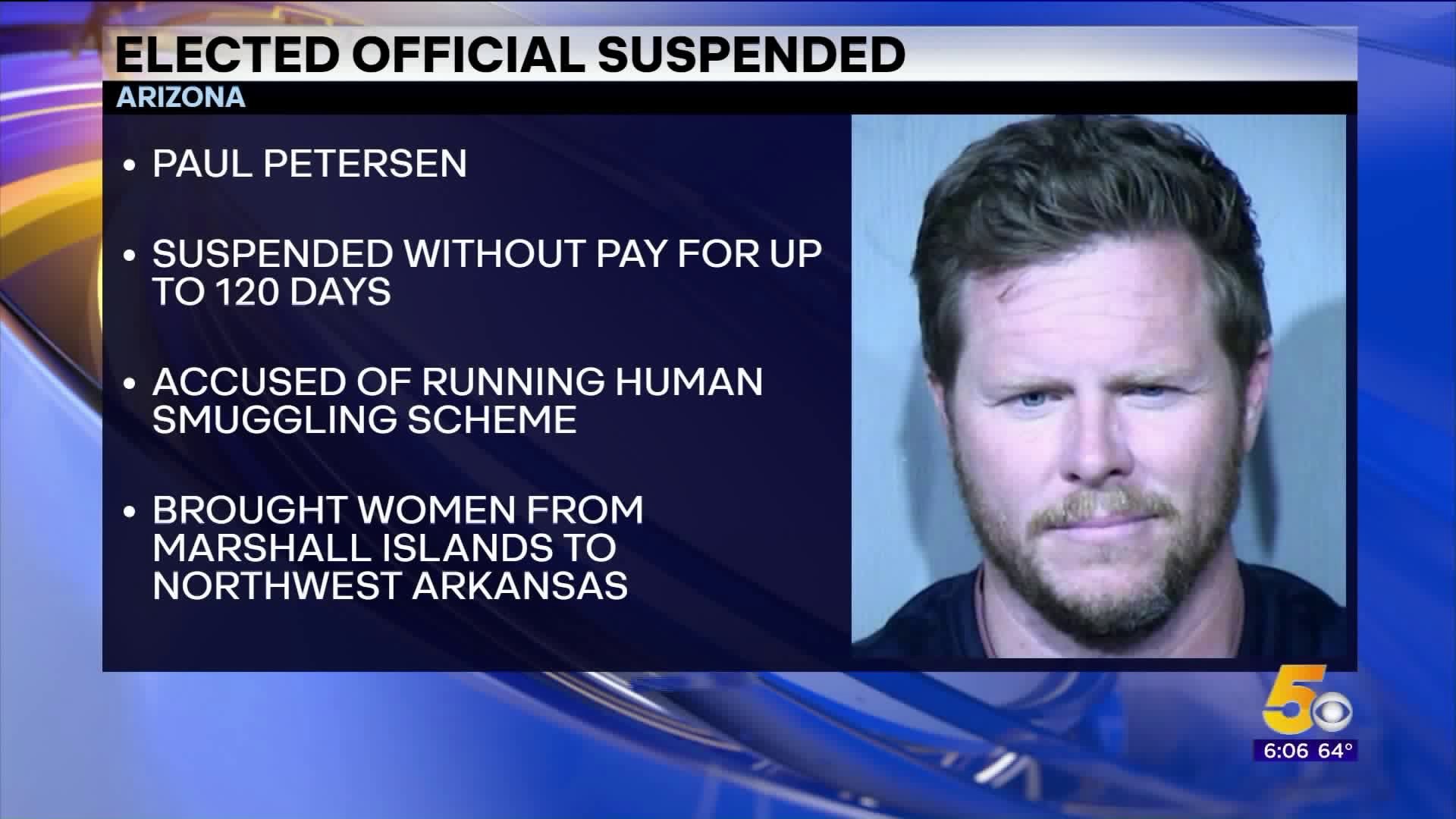 The Maricopa County Board of Supervisors voted unanimously Monday (Oct. 28) to suspend Assessor Paul Petersen without pay for up to 120 days.

Board members lack the authority to permanently remove Petersen from his office that determines the value of properties for tax purposes in Phoenix and its suburbs.

Authorities say Petersen illegally paid women from the Marshall Islands to have their babies in the United States and give them up for adoption.

He's facing charges in Arizona, Arkansas and Utah including human smuggling, sale of a child, fraud, forgery and conspiracy to commit money laundering.