SEBASTIAN COUNTY, Ark. (KFSM) — Just outside of the city limits of Hackett on Northshore drive, 20-25 cats can be seen roaming around a piece of property that b... 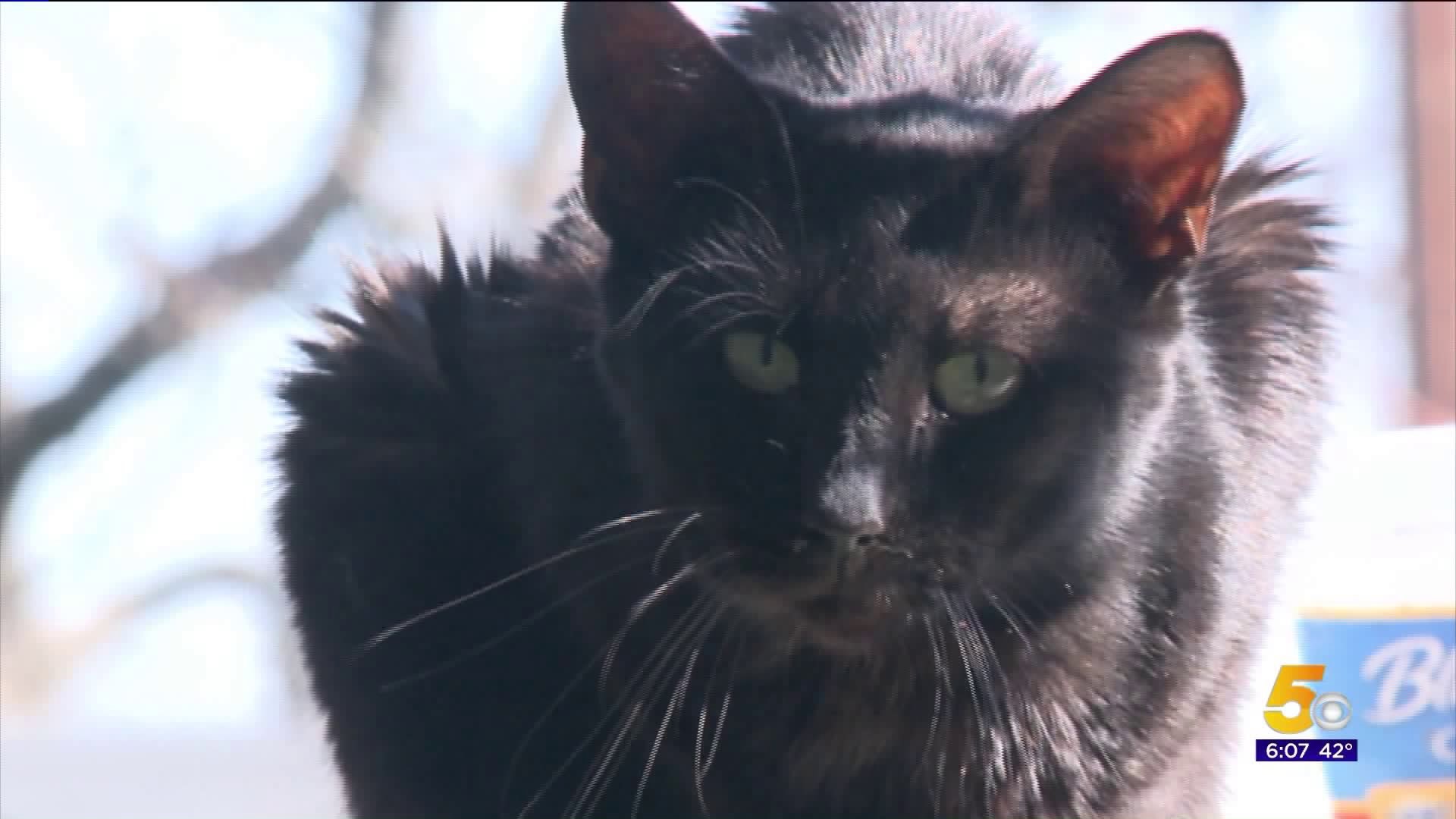 SEBASTIAN COUNTY, Ark. (KFSM) — Just outside of the city limits of Hackett on Northshore drive, 20-25 cats can be seen roaming around a piece of property that belonged to a man who died about a month ago.

“A lot of the cats were released. Some weren’t from their kennels so, we have a pretty devastating situation right now with them. Not only with the cats that survived but with the cats that didn’t make it out," said Mary Scott, with rescue group River Valley TNR said.

The owner of the property was allegedly living inside his van.

Underneath the blue tarps inside wire cages, cats lived among piles and piles of trash.

“This is something out of the tv show hoarders. This is the most devastating thing I’ve ever walked in to," Scott said.

Polly Israel reached out to local rescue groups for help.

“They have been going so hungry. I’ve been feeding them for over a month since he died and I didn’t get a lot of response and I reached out to Kimberly (McCormick) and she’s the one that actually got me some response," Israel said.

Rescuers have since brought more food to feed the cats, and built temporary shelters to provide warmth as the temperature dropped. Now they are working on plans to trap the cats, get them fixed and possibly into new homes.

“I really think that this situation should show us that we really need to be watching out for our neighbors and making sure that they’re healthy as well as the animals in their care are healthy as well.”30:33 “because this went I noticed for so long and it’s devastating that he and his cats lived this way without any help at all," Scott said.

The rescue group needs donations to help these cats.