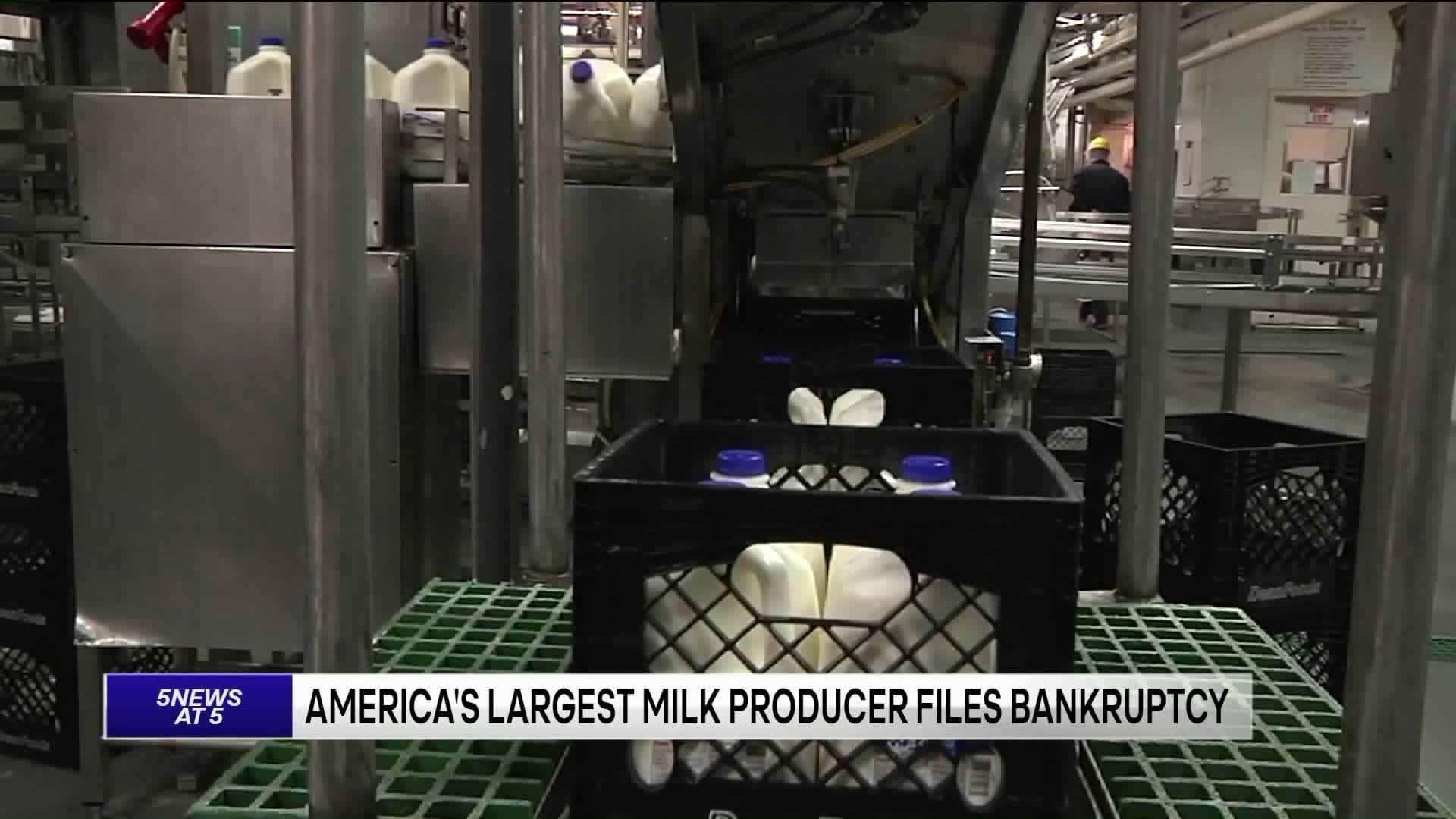 The 94-year-old company has struggled in recent years because Americans are drinking less cows milk. 2019 has been particularly brutal: the company's sales tumbled 7% in the first half of the year, and profit fell 14%. Dean Foods stock has lost 80% this year

The company, which produces some of the country's most recognizable milk and dairy products, including Dairy Pure, Organic Valley and Land O'Lakes milks, has blamed its struggles on the "accelerated decline in the conventional white milk category."

The company is saddled with debt and has been unable to fund all of its workers' pensions. So on Tuesday, Dean Foods filed for Chapter 11 bankruptcy protection to keep the business operating, reorganize its debt and help fund the pensions while it looks to sell the company.

Dean Foods said in a statement that it is working with the Dairy Farmers of America cooperative on a potential deal, in which the cooperative would buy almost all of the company.

As part of the bankruptcy process, the company secured $850 million in financing from its existing lenders, including Rabobank, to keep the company running.

Once a staple of the American refrigerator, milk has slowly fallen out of favor with consumers as they seek less-sugary or plant-based alternatives.

The global market for milk alternatives is expected to top $18 billion this year, up 3.5% from 2018, according to Euromonitor. That's still a fraction of the traditional milk market which will come in at just under $120 billion globally this year.

Sales for cow's milk has been declining for the past four years. Sales for the past 52 weeks, ending on October 26, was around $12 billion, according to data Nielsen provided to CNN Business. That's a decline from $15 billion during a similar time period in 2015. All types of cow's milk, such as 1%, 2%, skim and fat-free milk sales have all declined.

In contrast, and while still much smaller, sales of oat milk has jumped 636% to $53 million over the past year.

That's not the only problem Dean Foods has faced. Walmart, which was one of Dean Food's biggest customers, dropped them last year after building its own dairy plant.