The TBI said the child was reportedly last seen on Dec. 26, 2019 and wasn't reported missing until Tuesday, Feb. 18. 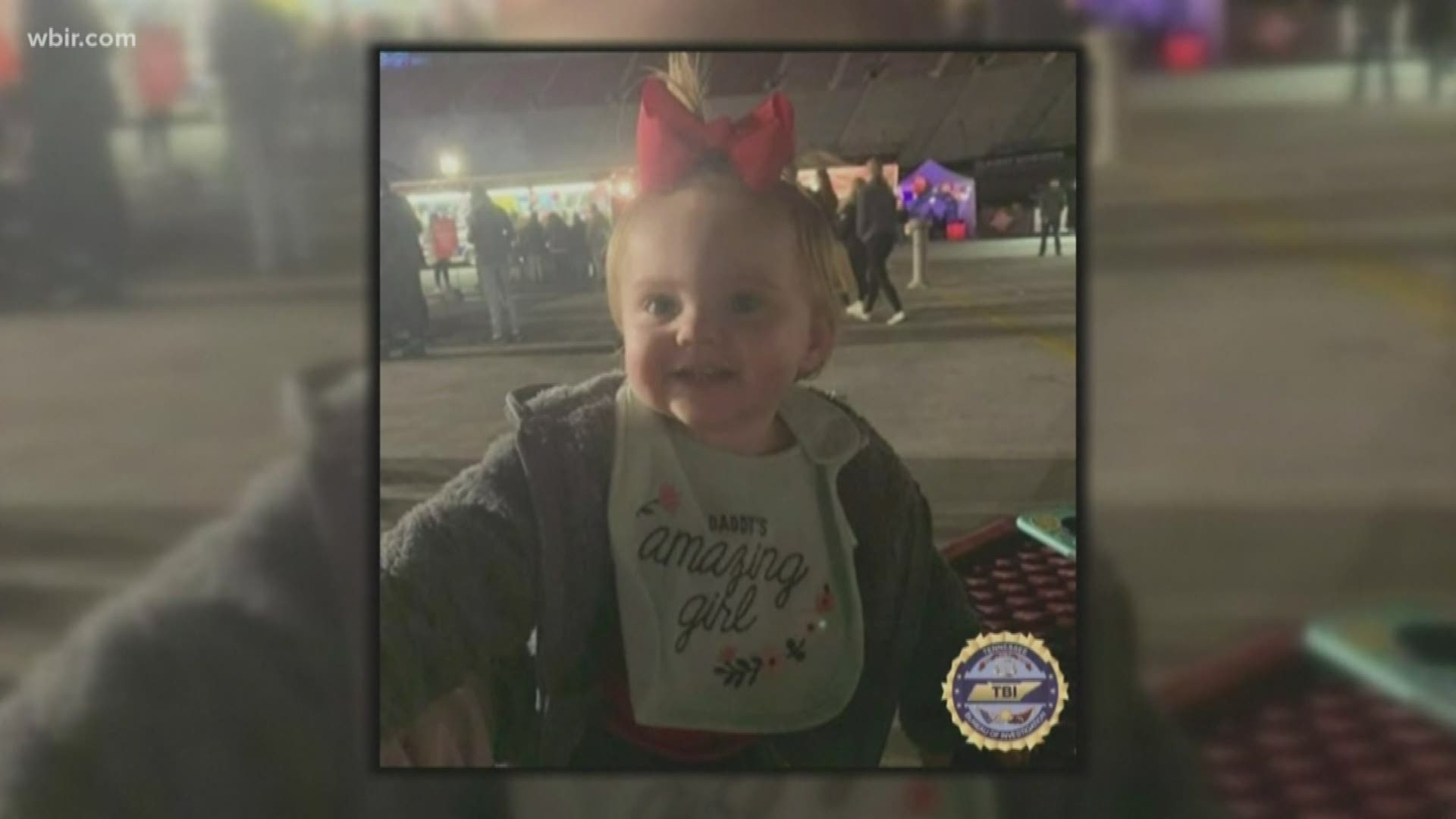 SULLIVAN COUNTY, Tenn. — The Tennessee Bureau of Investigation said it has found the gray 2007 BMW believed to be connected to the disappearance of 15-month-old Evelyn Boswell from Sullivan County, saying she is still missing and the investigation is ongoing.

The TBI said the vehicle was located in Wilkes County, North Carolina along with individuals authorities were hoping to speak with. Evelyn remains missing.

According to a news release, William McCloud and Angela Boswell have been arrested and charged with possession of stolen property. Authorities said the two Tennesseans were found inside of a BMW that the Tennessee Bureau of Investigation and the Sullivan County Sheriff's Office were searching for.

RELATED: Mother of Evelyn Boswell speaks publicly, claims she knows who has her and was afraid to report her missing

A statewide AMBER Alert was issued earlier this week. On Friday morning, the TBI said it had information that indicated the individuals traveling in a gray 2007 BMW had information regarding Evelyn Boswell’s whereabouts.

Evelyn Boswell is 24 inches tall and weighs 28 pounds. She also has blonde hair and blue eyes and was last seen wearing a pink tracksuit, pink shoes and a pink bow.

The sheriff's office was notified on Tuesday by the State of Tennessee Department of Children's Services. Evelyn "was last seen by certain family members near the end of November 2019 and the first of December 2019."

The TBI said the child was reportedly last seen on Dec. 26, 2019 and wasn't reported missing until Tuesday, Feb. 18.

The child's mother and father are involved in the investigation, according to WCYB.

The FBI is also assisting in the search.

RELATED: How a missing child becomes an AMBER Alert