VAN BUREN, Ark. (KFSM) — Arvel and Gail Ross of Altus go to Kopper Kettle Candies in Van Buren every year around Valentine’s Day to fill a box they’ve had for m... 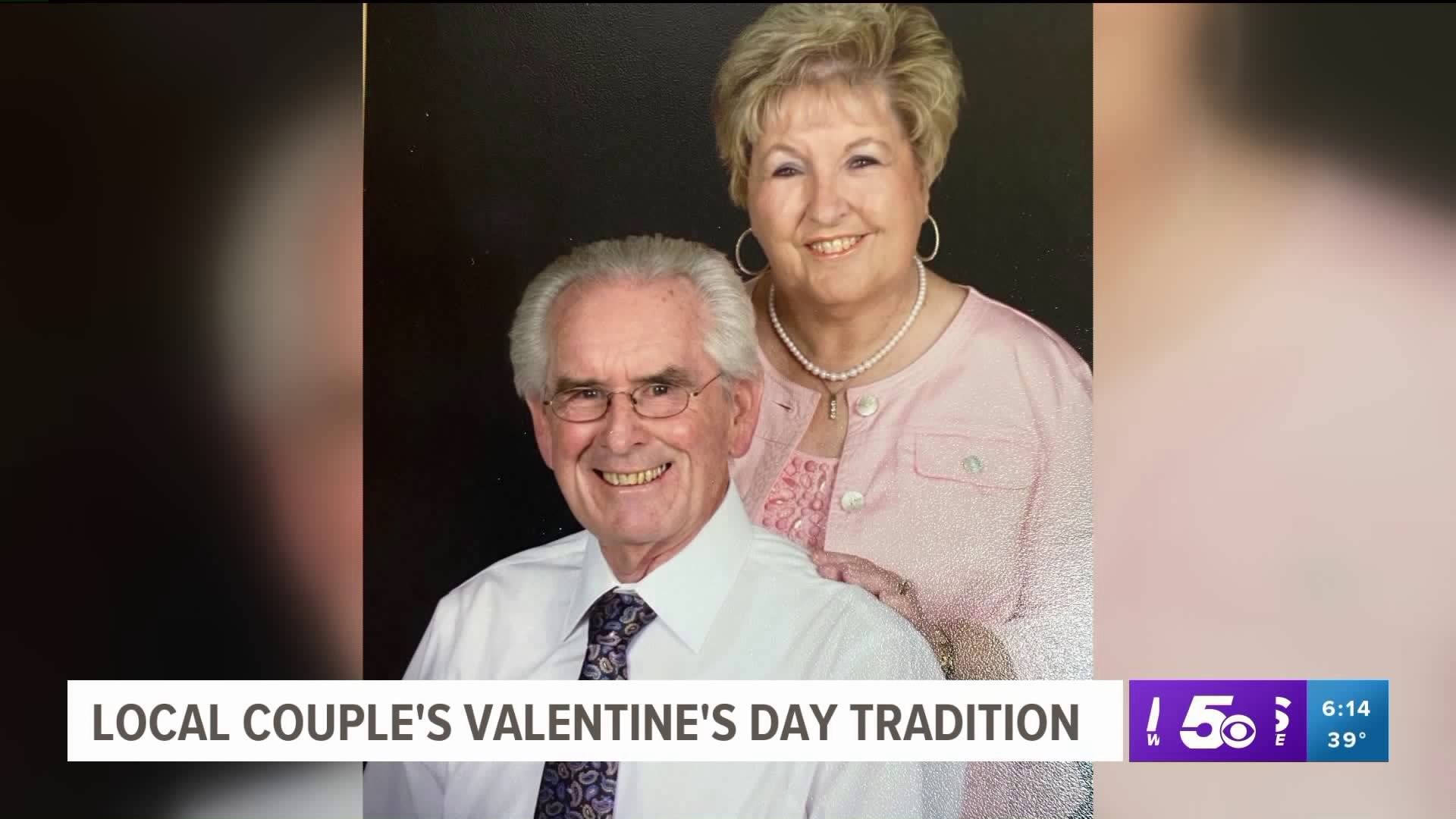 VAN BUREN, Ark. (KFSM) — Arvel and Gail Ross of Altus go to Kopper Kettle Candies in Van Buren every year around Valentine’s Day to fill a box they’ve had for more than 25 years.

“I brought it in here and they asked me how long I’ve had it and I said, I don’t really know. They said 'we don’t make boxes like this anymore.' They thought they got antique or unique," Gail said.

The couple met at Muldrow High School and that’s when they started dating.

Arvel says he knew early on in their relationship that Gail was the person he wanted to spend the rest of his life with.

“That’s a hard question but yeah, she’s the only one I ever dated so, I guess the answer is yes," Arvel said.

The couple married in December of 1957.

The Koren War Veteran and his sweetheart say the beginning of their marriage wasn’t always easy.

“There wasn’t much money. Things were tough. It was just hard," Gail said.

Now enjoying retirement, the couple has a legacy that includes two children, six grandchildren, and 11 great-grandchildren.

“Both of us were Christians when we got married and there was no place in there for the word divorce so we’ve been together all this time. We’ve been blessed with everything God has sent our way," Arvel said.

As for their special lace-covered chocolate box, Arvel says he chose it for a reason.

“Love, always. I thought it was really pretty. It’s a lot prettier than some of the boxes who’ve seen that are just red, but that one, I thought it was pretty, she liked it and hung onto it for all these years," Arvel said.

The couple says they see no reason to stop going to Kopper Kettle Candies and plan to continue the tradition for as long as possible.