A cancer battle never affects just one person, and Alex Trebek’s wife of nearly 30 years is opening up about what it’s like being there for her husb...

A cancer battle never affects just one person, and Alex Trebek’s wife of nearly 30 years is opening up about what it’s like being there for her husband as he is treated for pancreatic cancer.

The couple spoke with Michael Strahan for an upcoming special titled “What is Jeopardy? Alex Trebek and America’s Most Popular Quiz Show,” which airs on ABC on Jan 2. Jean spoke about the hardest parts of caring for her husband as he continues to battle cancer.

“It’s when I see him in pain and I can’t help him,” she said. “And when he doesn’t eat right. When he has too much diet soda.”

The game show host acknowledged how much his wife has dealt with since he announced his diagnosis in March.

“It’s always tough for caretakers,” he said. “She has to deal with her worrying about my well-being and also dealing with…well I’m not always the most pleasant person to be around when I’m experiencing severe pain or depression.”

In April, the host spoke with “Good Morning America” about struggling with the pain that his cancer was causing.

Despite the bouts of depression, the host says he’s grateful for the outpouring of support he’s gotten from friends, family and fans.

“They have been an inspiration to me. That’s really what it’s all about,” he said.

In November, “Jeopardy!’ contestants playing in the Tournament of Champions organized a play-along to raise money for pancreatic cancer research.

During the “Final Jeopardy!” segment of one of the Semi-Final games, contestant Dhruv Guar wrote “We love you Alex!” instead of answering the question, leaving him with just $5 left.

Trebek visibly choked up when he read the answer, and reflected on the moment in an interview with ABC News.

“I read it first and then I got choked up because it suddenly registered on me: ‘Oh, dear. OK. Yeah,’” Trebek said during an ABC News special.

Trebek first revealed in March that he had been diagnosed with cancer. “I’m going to fight this, and I’m going to keep working,” Trebek said in his first video message to fans. “Keep the faith and we’ll win. We’ll get it done.”

Just months later in August, Trebek announced he was “on the mend” and done with chemotherapy.

However, in September the host told ABC’s “Good Morning America” that doctors advised him to undergo another round of chemotherapy after immunotherapy treatments did not take. Trebek told CTV that the immunotherapy did “diddly squat,” and he ended up losing a large amount of weight. 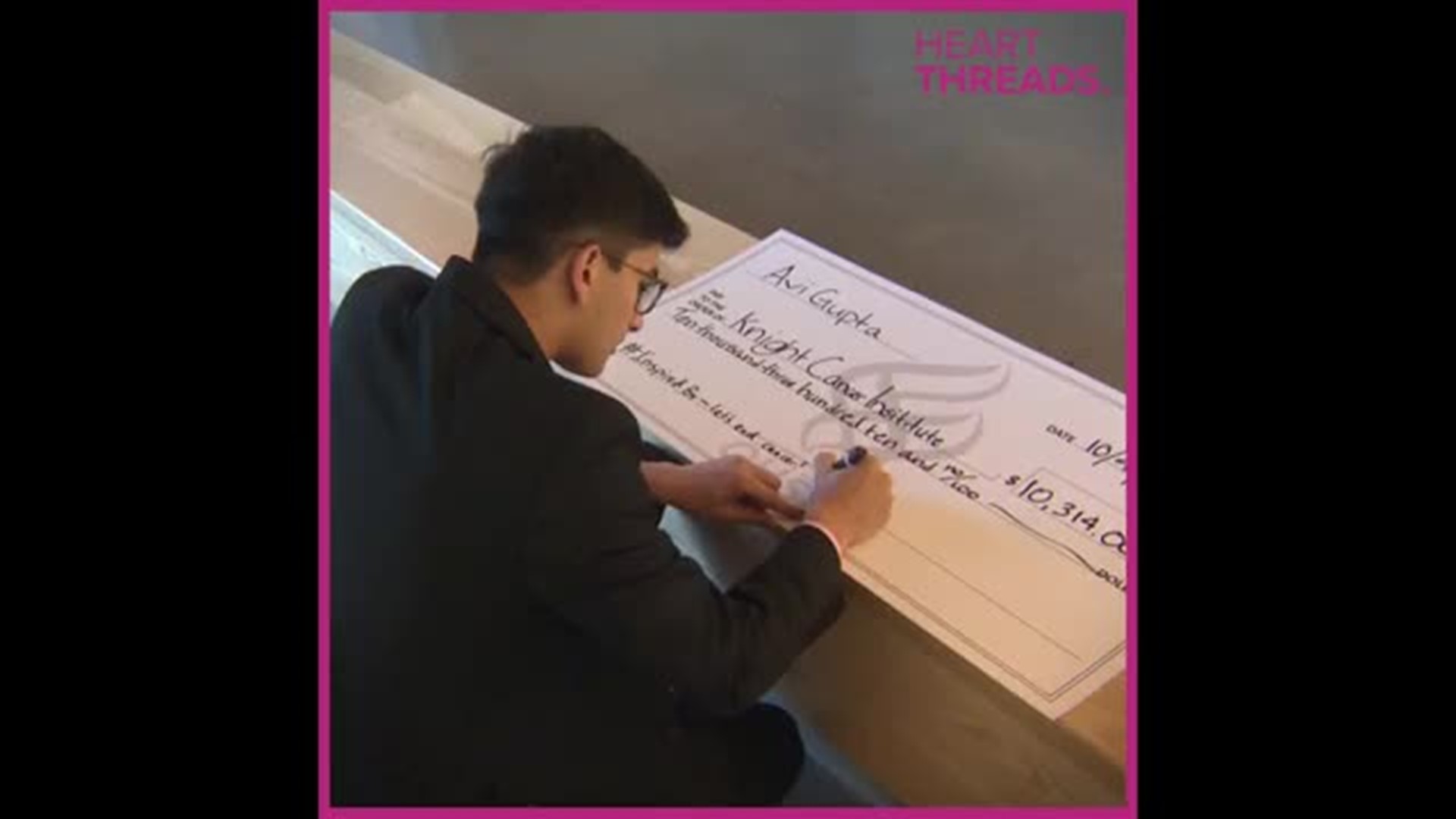