BARLING, Ark. (KFSM) — A Fort Smith School bus driver has been cited after being involved in an accident Wednesday (Nov. 6) morning just before 7:0... 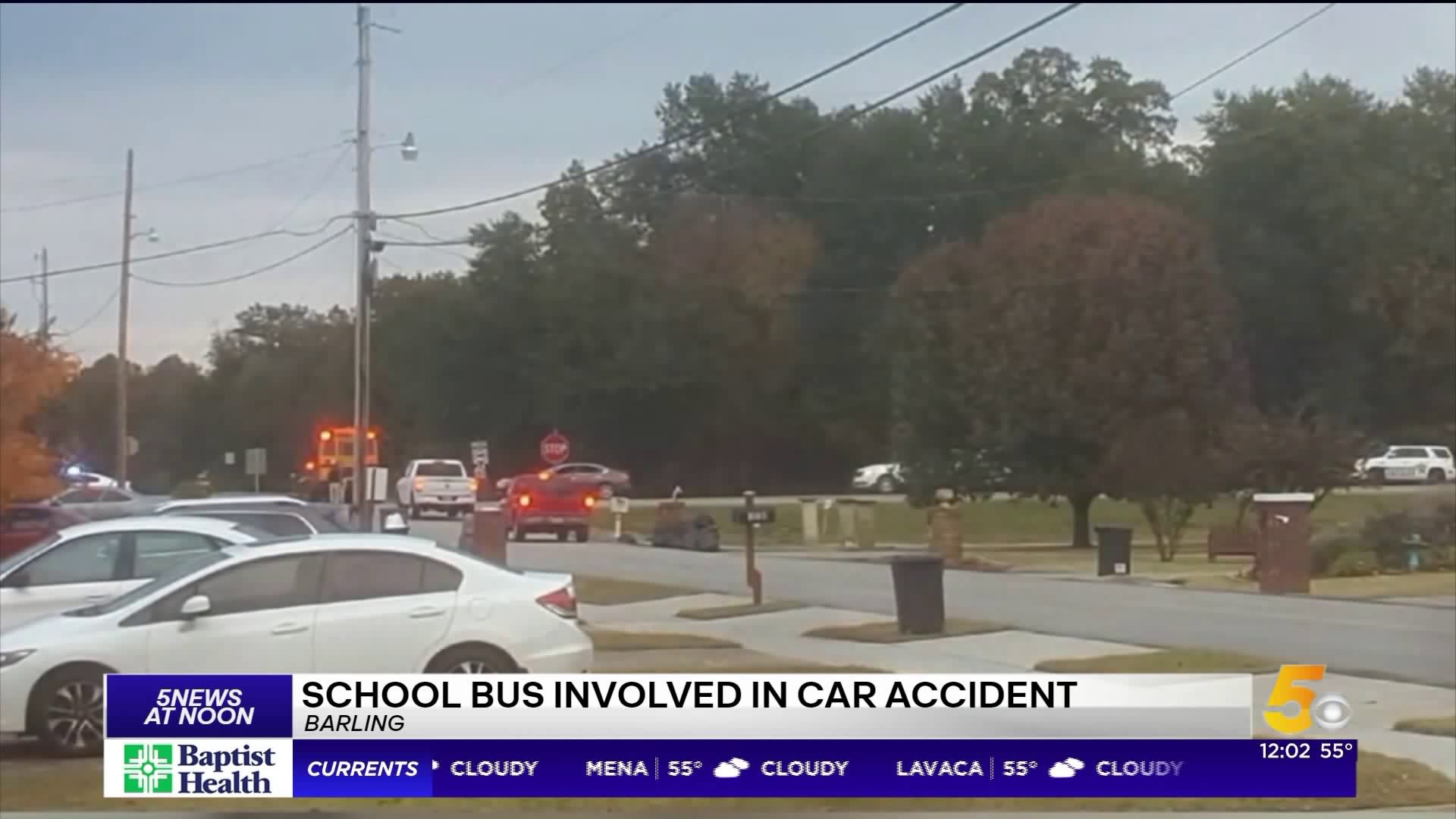 BARLING, Ark. (KFSM) -- A Fort Smith School bus driver has been cited after being involved in an accident Wednesday (Nov. 6) morning just before 7:00 a.m. on Highway 59 in Barling.

The driver of the bus failed to yield, causing another car to swerve off of the roadway. The driver of that car received minor injuries and was treated at the scene.

Fort Smith School  District Public Information Officer Zena Marshall tells 5NEWS that two students were on the bus at the time of the accident, but they were not injured. Parents on those students were contacted immediately, and alternate transportation was arranged for them to be taken to class on time.

The accident happened on Highway 59 in Barling near the intersection of Springhill Road and H street, according to a witness of the crash.

Police on the scene say the driver failed to see the car while attempting to turn due to a blindspot on the bus.

The Fort Smith Public School District tells 5NEWS that because the driver was cited, they will now be enrolled in three mandatory hours of safety training. That driver's name is not being released at this time.