According to the press release, the boy's mother said her son went outside to check the mail Thursday morning and never returned. 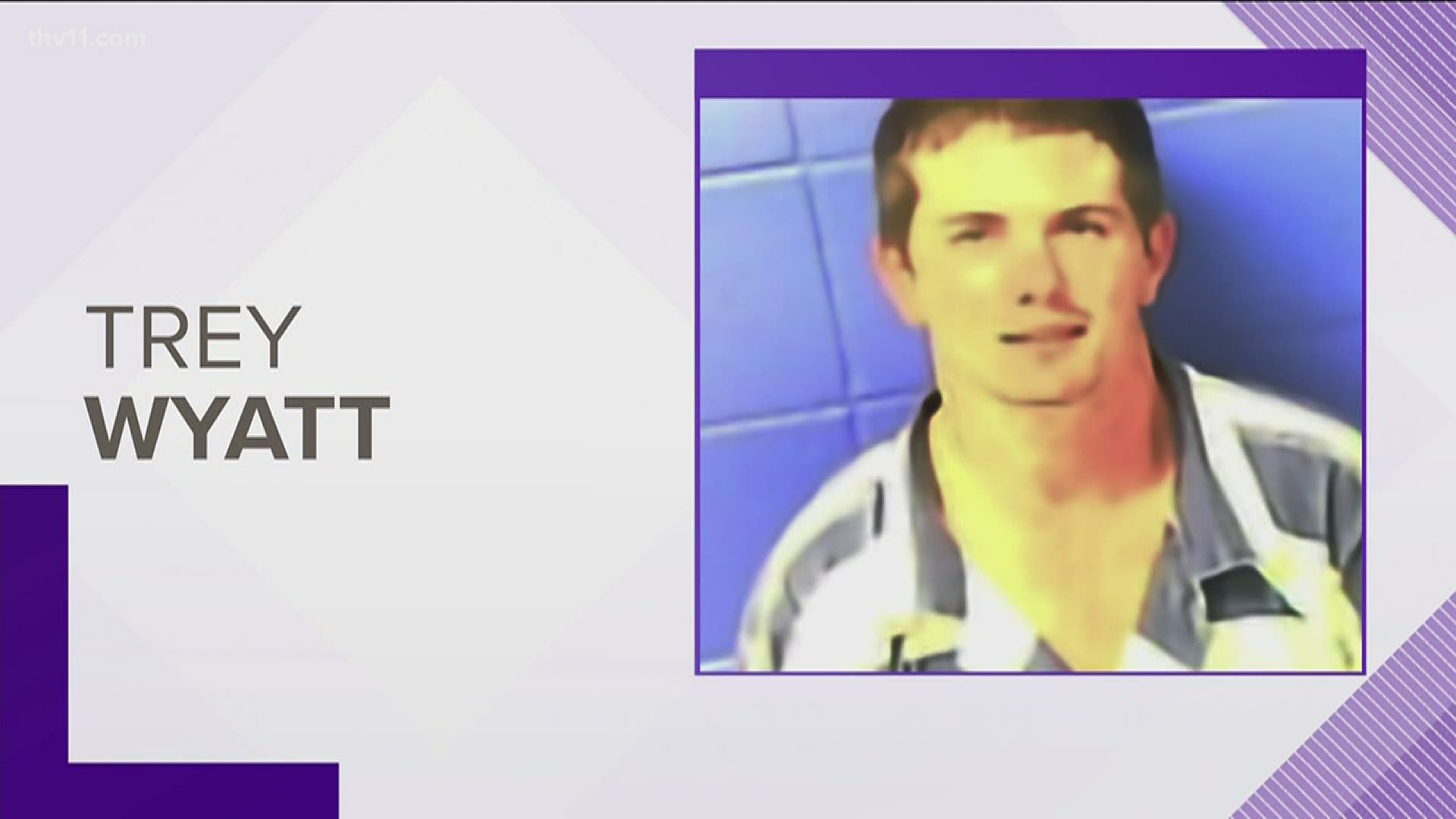 FAULKNER COUNTY, Ark. — According to the Faulkner County Sheriff's Office, a 9-year-old boy was discovered dead from an apparent dog attack.

Deputies say they received a call Thursday at 9:15 a.m. in reference to a boy who was missing from Mt. Vernon.

According to the release, the boy's mother advised deputies that her son, Robby, went outside to check the mail, but never returned. She looked for him and could not find him.

His mother also stated that she noticed several dogs running from a field near her home, according to the release.

Deputies say the boy was found in the field dead from an apparent dog attack.

After an investigation was conducted, 25-year-old Trey Wyatt, of Vilonia, was arrested for Tampering with Physical Evidence and taken to Unit 2 for the dog attack that took place in Mt. Vernon.

Wyatt has subsequently been charged with multiple county animal ordinances including: Nuisance Animals and Hazardous Animals, Running at Large, Liability of Animals that Attack a Human Being, and Keeping of a Dangerous Dog.

“The Taylor Family is shocked and heartbroken over the loss of their son, Robby. They are outraged because this loss was entirely preventable, and especially because Robby’s sister had the grisly misfortune to find her brother’s body.

At this time, the family requests space to grieve the loss of a beloved son and brother, as well as prayers while they navigate this devastating time.”

Faulkner County Sheriff’s Office requested assistance from the Conway Animal Shelter, who took custody of two dogs from a residence off Chambers Lane.

The dogs will be quarantined for investigative purposes. This incident is still under investigation.

This story will be edited with updates as the investigation continues.