CENTERTON, Ark. (KFSM) — A 4-year-old Centerton boy is going viral for the bond he shares with his dog. Marcelo Brookhouser was adopted in 2018. His mom Holly s... 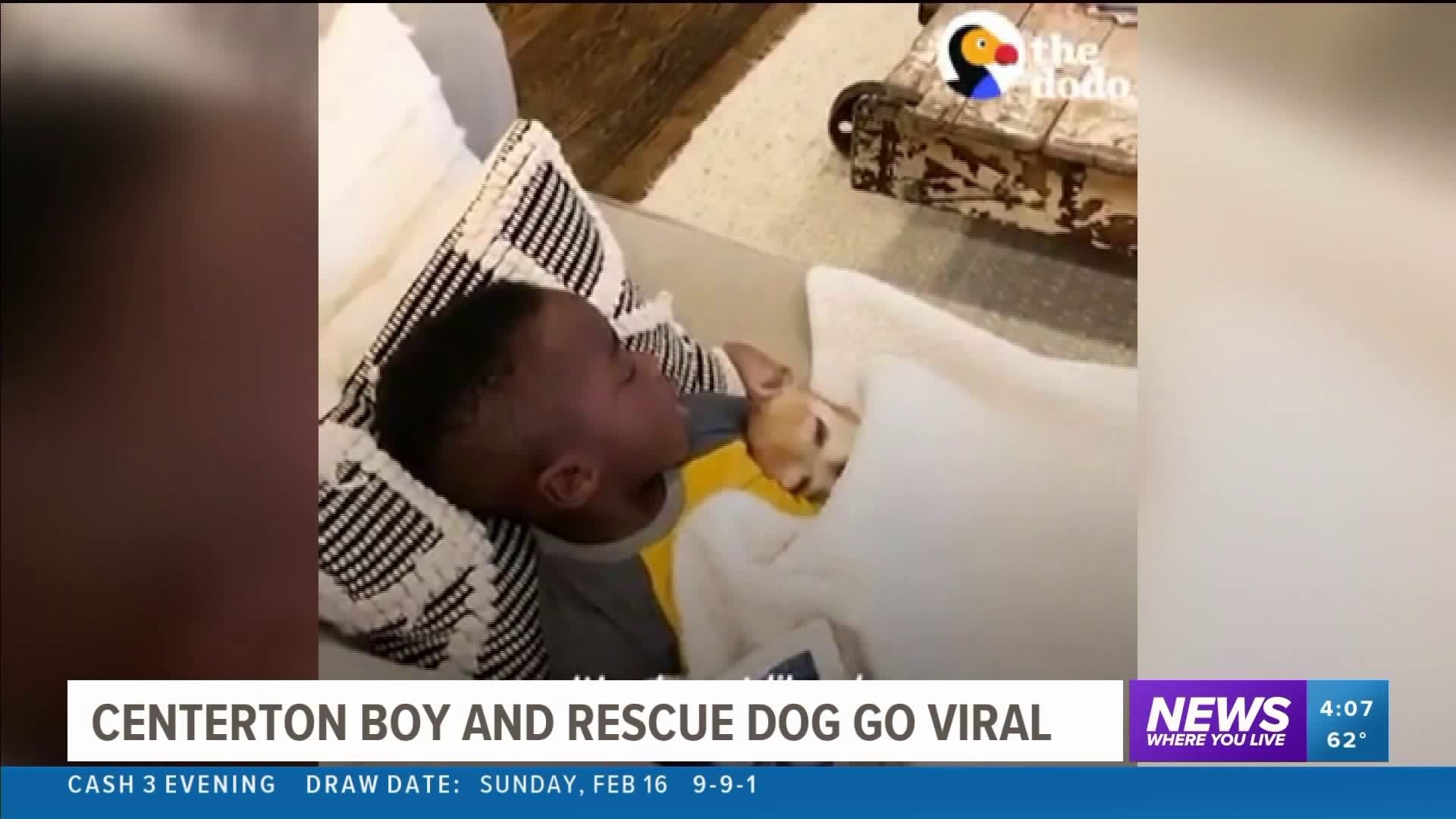 CENTERTON, Ark. (KFSM) — A 4-year-old Centerton boy is going viral for the bond he shares with his dog.

Marcelo Brookhouser was adopted in 2018. His mom Holly says at first Marcelo was scared of dogs, but the family's rescue dog Mini wouldn't give up on him.

"When he got here, he was pretty terrified of the dogs, he screamed pretty loud the first day, and I was like oh man they warned us that that could happen," she said. "But, Mini was relentless in her love and just won him over."

The two now share an inseparable bond, doing everything together from watching TV, playing outside, and taking trips to school.

"She rides in the car with me, and she brings me to school," Marcelo said.

With the two being so close, Holly decided to share videos on social media. The DoDo, a website that shares animal-related videos, reached out to Holly in hopes of sharing their story. The video showing the two's band now has more than 16 million views.

"It's been funny, we've gotten so many messages, and people just want to know more," she said.

Holly says by sharing the video, she wants people to see how loving rescue dogs can be and to encourage more people to adopt dogs.

"My whole goal in sharing them was to show people that rescue dogs can be pretty awesome and to give them a chance," she said.