2 More Arrested After Shooting In Fayetteville

FAYETTEVILLE, Ark. (KFSM) — Two more people have been arrested in connection with a shooting and robbery in Fayetteville. The incident happened on Monday (Nov. ... 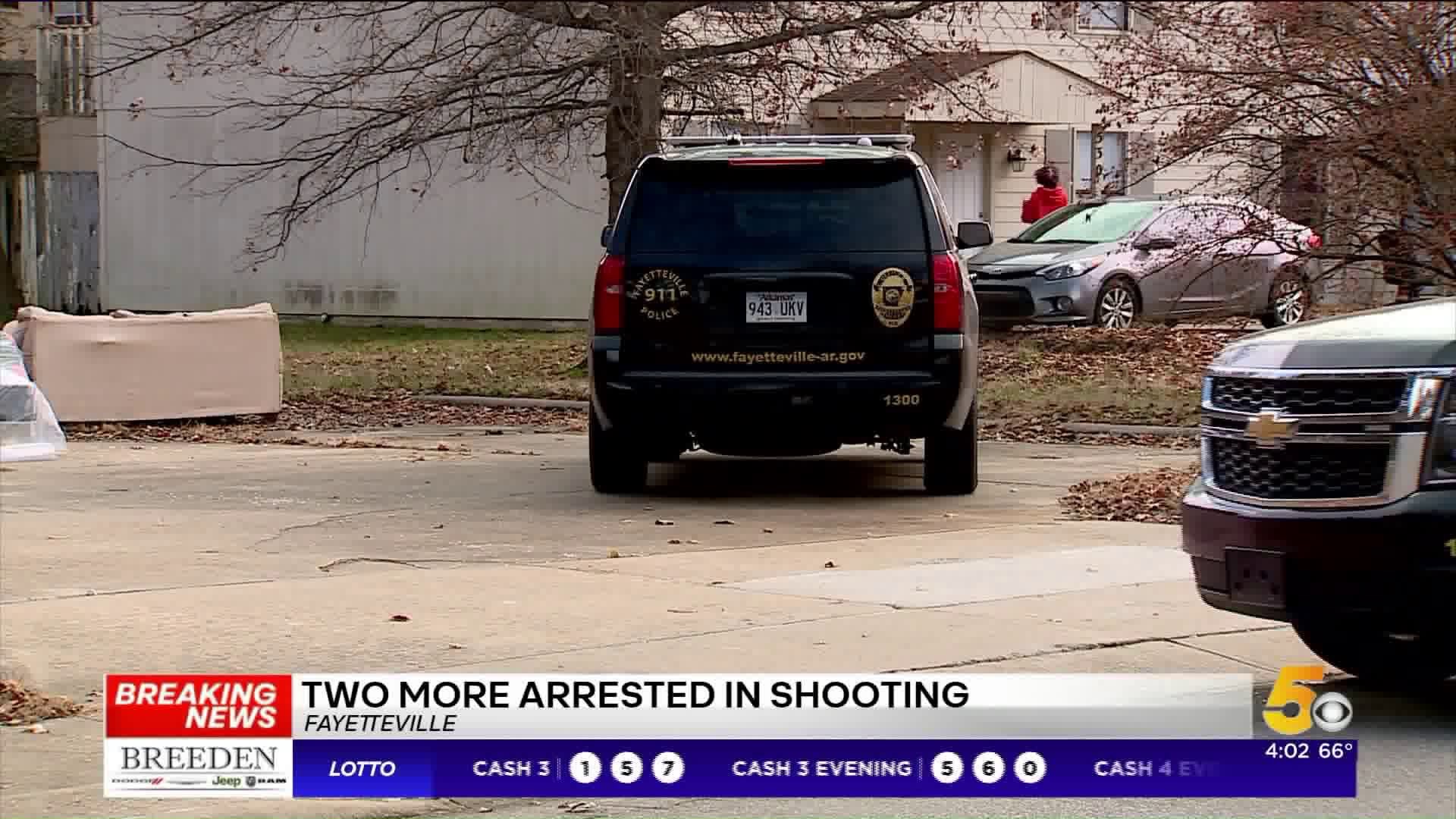 FAYETTEVILLE, Ark. (KFSM) — Two more people have been arrested in connection with a shooting and robbery in Fayetteville.

The incident happened on Monday (Nov. 18) at a home off Betty Jo and Wedington Drive.

According to an arrest report, two of the victims attempted to purchase marijuana from three people at the home, but it was a ruse set up to rob the victims.

During the altercation, one round was fired and struck the couch, and traveled through the wall into the neighboring apartment hitting the neighbor's couch. No injuries were reported.

Dent was arrested Tuesday (Nov. 19) and admitted to participating in the robbery and said the marijuana found in his pocket was used to set up the robbery. He also told detectives that he was holding the firearm when it was discharged.

After an investigation, officers arrested Hollis and the juvenile, whose name has not been released, on Tuesday (Nov. 19).

Hollis admitted to officers that he participated in the robbery with the juvenile and Dent. He also confirmed that Dent fired the pistol during the robbery.

According to an arrest report, Hollis and Dent told officers that the juvenile planned the robbery and asked them to assist in the crime because of the number of victims.

The juvenile was not interviewed and gave officers false information to help them locate his parents.

Hollis was charged with Aggravated Robbery, Terroristic Act and Theft of Property.