KABUL, Afghanistan — The Pentagon says the two soldiers killed Saturday in Afghanistan by a roadside bomb were from Virginia and Illinois. On Sunday, military o... 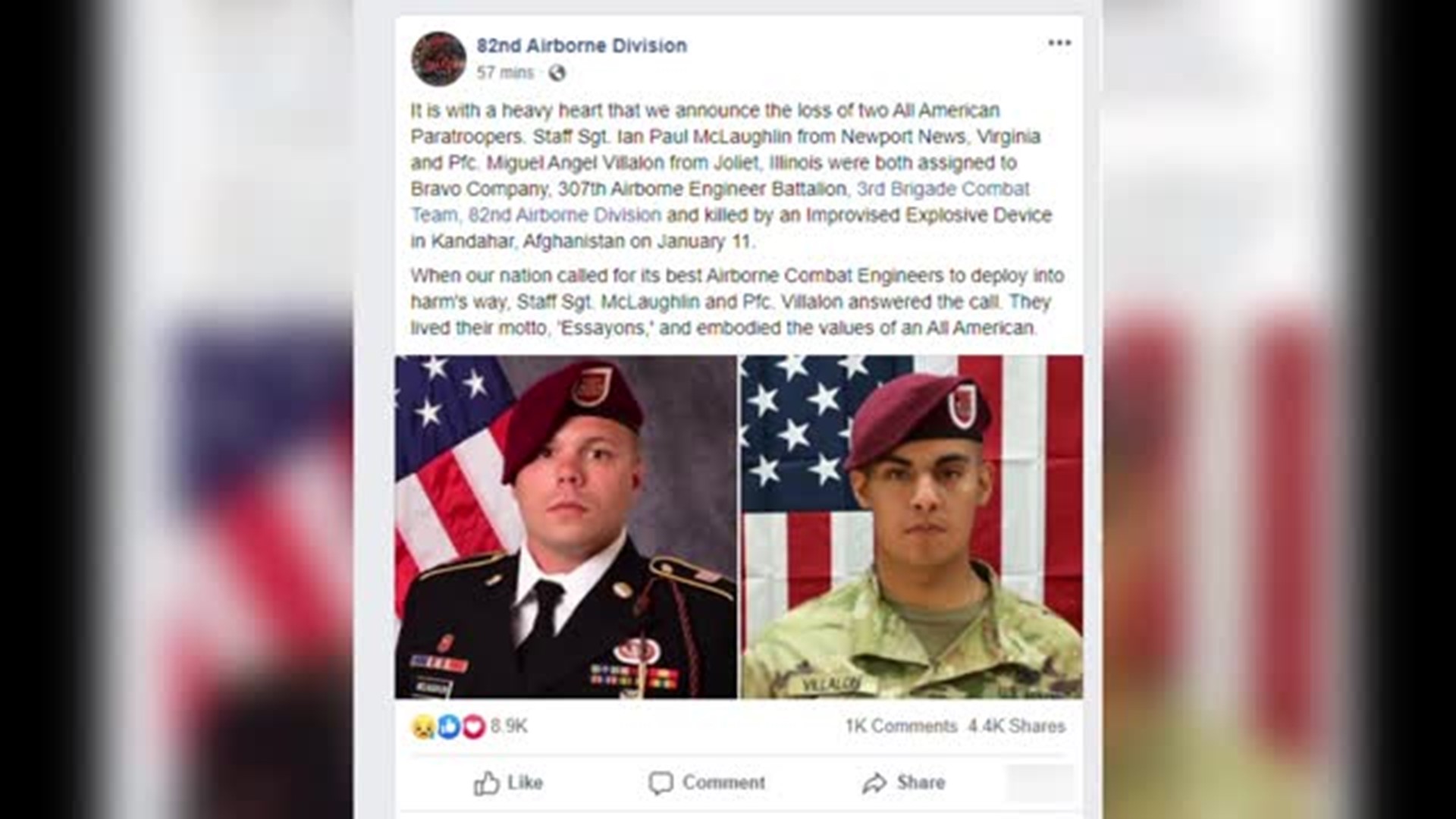 KABUL, Afghanistan — The Pentagon says the two soldiers killed Saturday in Afghanistan by a roadside bomb were from Virginia and Illinois.

The Pentagon says their vehicle was struck by an improvised explosive device in Afghanistan's Kandahar Province. Two other soldiers were injured.

A Defense Department news release said the two 82nd Airborne Division Paratroopers were killed when their vehicle was hit by an improvised explosive device in Kandahar Province, Afghanistan.

McLaughlin joined the Army in 2012, and after completing Basic Combat Training and Advanced Individual Training, he was assigned to the 68th Engineer Company, 62nd Engineer Battalion at Fort Hood, Texas, as a Horizontal Construction Engineer.

In 2016, he was assigned to the 307th Airborne Engineer Battalion, 3rd Brigade Combat Team, 82nd Airborne Division at Fort Bragg, North Carolina, where he served as a Horizontal Construction Engineer and later as a Squad Leader. This was McLaughlin's first combat deployment.

He was a 2018 graduate of the U.S. Army Advanced Airborne School Jumpmaster Course.

McLaughlin is survived by his wife and four children.

The soldiers were conducting operations as part of NATO's Resolute Support Mission.

Defense officials said the incident is under investigation.