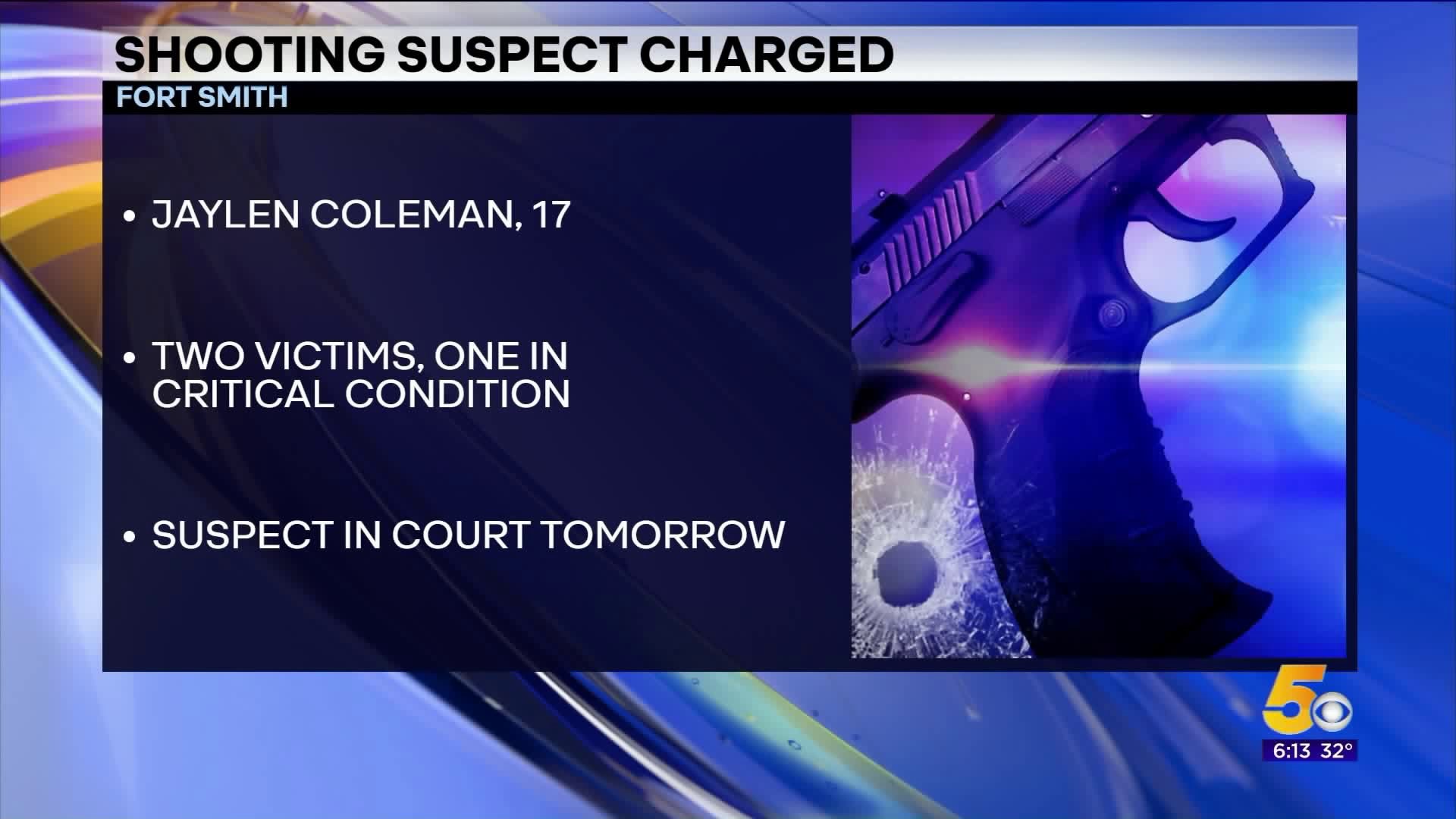 FORT SMITH, Ark. (KFSM) — A 17-year-old drive-by shooting suspect was charged Tuesday in Sebastian County Circuit Court with unlawful discharge of a firearm from a vehicle and battery.

Two victims, Raekwon Adams, 18 and Jiy'wian Hughes, 19 reported someone in a gray Dodge Charger pulled up beside them on the north side of town and began shooting.

Both Adams and Hughes were struck. Adams was life-flighted from one hospital to another, where he is still in critical condition.

After speaking to multiple witnesses, detectives were able to locate a juvenile suspect and take him into custody.

The shooter has been identified as 17-year-old Jaylen Monzell Coleman.

An incident report states that Coleman got into a verbal argument with Hughes and Adams at a birthday party in Fort Smith.

They agreed to go to Spradling Park to fight, but when Hughes and Adams arrived at the park, Coleman was not there.

The pair left in Hughes' car to go back to the birthday party and were chased by another vehicle driven and unidentified suspect and Coleman.

According to Hughes, and other occupants in his vehicle, the vehicle that chased them pulled up to the passenger side of their car and opened fire with a gun.

Adams was in the front seat and was struck by a bullet in his head, causing severe life-threatening injuries to his face, eye and head.

Police say Hughes' injuries came from shrapnel, and a not a bullet.

There were also three female passengers in the vehicle that were not injured.

Coleman's grandmother brought him to the Fort Smith Police Department, where he was interviewed about the incident.

According to Prosecuting Attorney Daniel Shue, Coleman's bond has been set at $150,000 cash only.