(CNN) — Ten people at a care facility in Oklahoma were hospitalized after they were injected with insulin instead of a flu shot, police said. Eight of the... 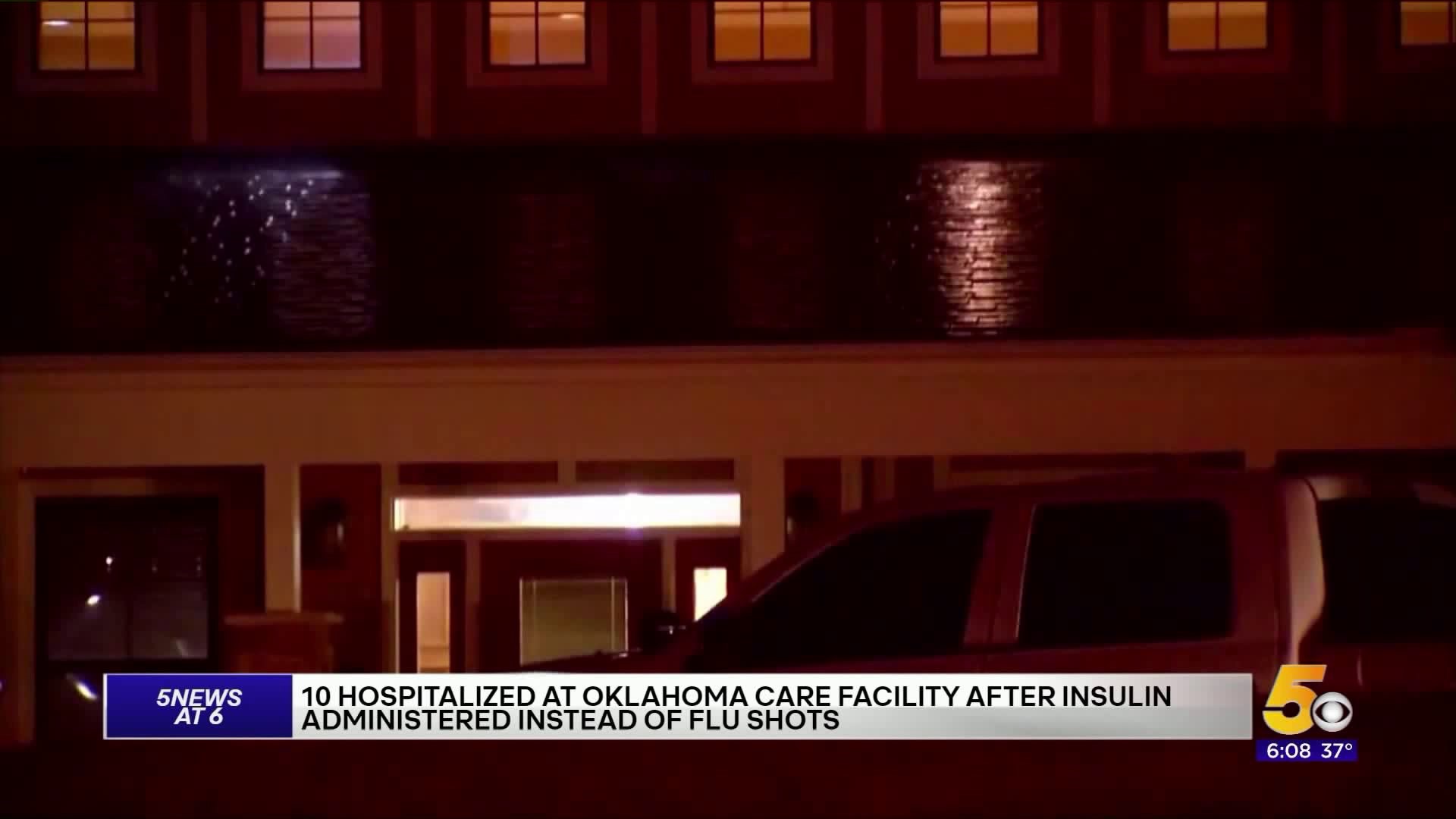 (CNN) -- Ten people at a care facility in Oklahoma were hospitalized after they were injected with insulin instead of a flu shot, police said.

Eight of the patients were residents of Jacquelyn House and two were employees, Sgt. Jim Warring, with Bartlesville Police Department told CNN. The facility serves intellectually and developmentally disabled people, according to the website of AbilityWorks, the company that owns the eight-resident site.

Most patients' suffering symptoms after the medication was administered "were not able to explain the issues," Warring said. "Many of them are not vocal and not able to walk."

"All these people are symptomatic, lying on the ground, needing help, but can't communicate what they need," Roles said. "That's why I give a lot of praise to the fire and EMS staff for doing an outstanding job of identifying the problem."

The pharmacist who injected the insulin was not employed by the facility, Warring said.

"I've never seen where there's been some sort of medical misadventure to this magnitude," Roles said. "But again, it could have been a lot worse. Not to downplay where we are, but thinking about where we could be, it could certainly have been very, very tragic."

All 10 patients were taken to a local hospital, Warring said. Several remained hospitalized Thursday due to the long-acting insulin that was administered.

An investigation is underway by Bartlesville police, Warring said. "We will take steps to figure out if we're going to take any further steps," he said.

Calls to Jacquelyn House and AbilityWorks were not immediately returned.