Ready for a second stimulus payment? Here's the timeline

Senate Majority Leader Mitch McConnell has thrown out the date August 7 as a date to have a finalized bill. 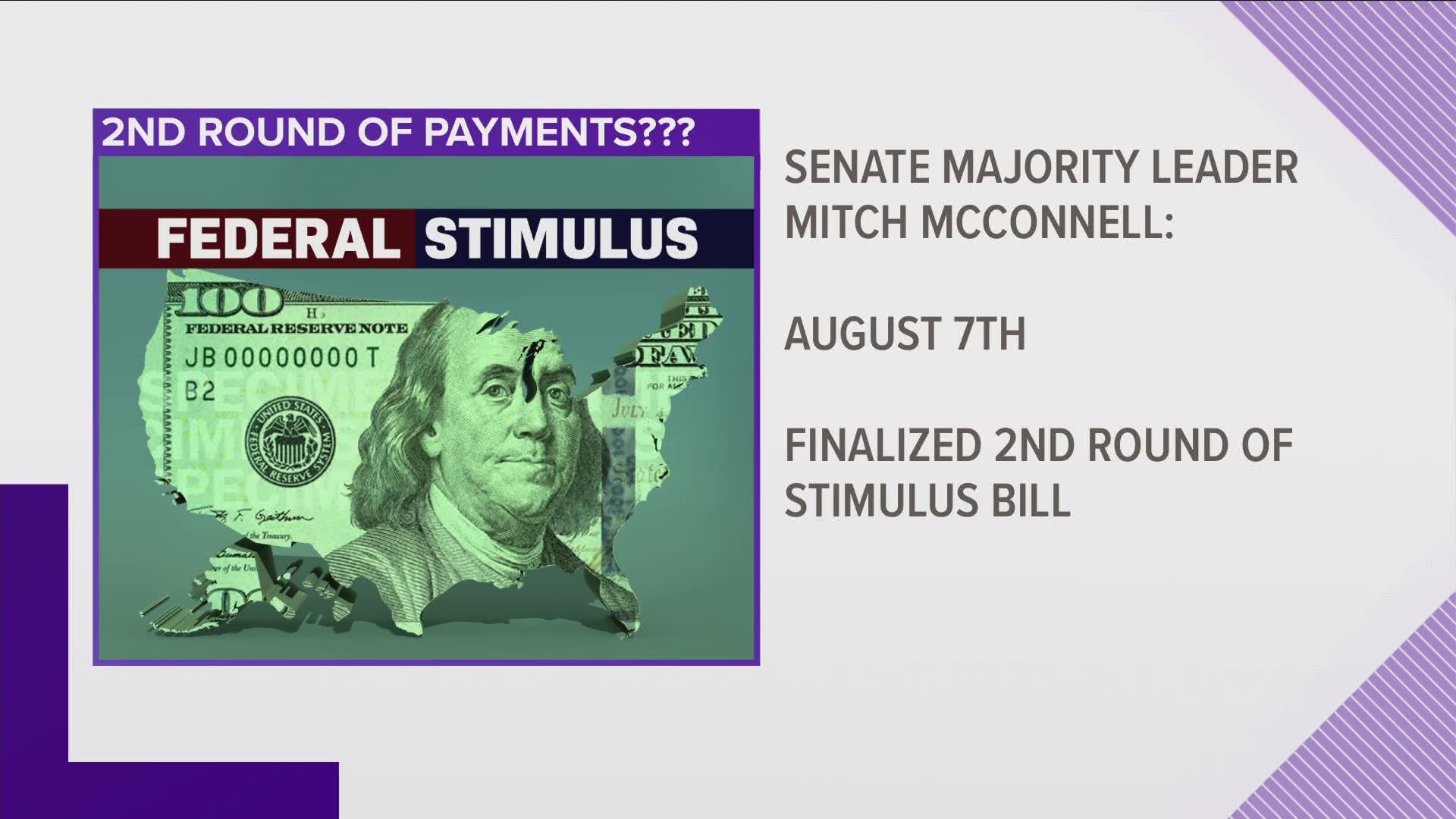 GREENSBORO, N.C. — What is the timeline for the second round of stimulus payments?

What I can tell you for sure is nothing can be agreed upon or signed into law until July 20.

Congress is in recess and they don't get back to work in Washington until July 20.

Senate Majority Leader Mitch McConnell has thrown out the date Aug. 7 as a date to have a finalized bill, and that's because Congress has another recess after that date.

Here are a couple of things being thrown around as options:

There's been talk about it being anywhere from $1,200 to $2,000 for every member of the household, regardless of age. There's also talk that the checks could be limited to people who make less than $40,000 a year.

According to Forbes, some Republicans are talking about a “Return to Work” bonus of $450 a week instead of extending the unemployment benefit supplement of $600 a week.

RELATED: You do know you'll be paying taxes on your unemployment benefits, right?

Now, if you're still waiting on the first stimulus payment, remember checks are being mailed out all the way through September. If some glitch keeps you from getting it, you can always claim it as a credit on next year's taxes.

RELATED: No, that isn't Duke Energy calling to send you a refund check. It's a scammer.

RELATED: 'You've been in contact with someone who has COVID.' How you know this is a legitimate call, text, or email

RELATED: COVID-19 canceled a lot of things, but not taxes