While congressional lawmakers are working on the next economic stimulus package, it’s very unlikely there will be anything approved before current payments end. 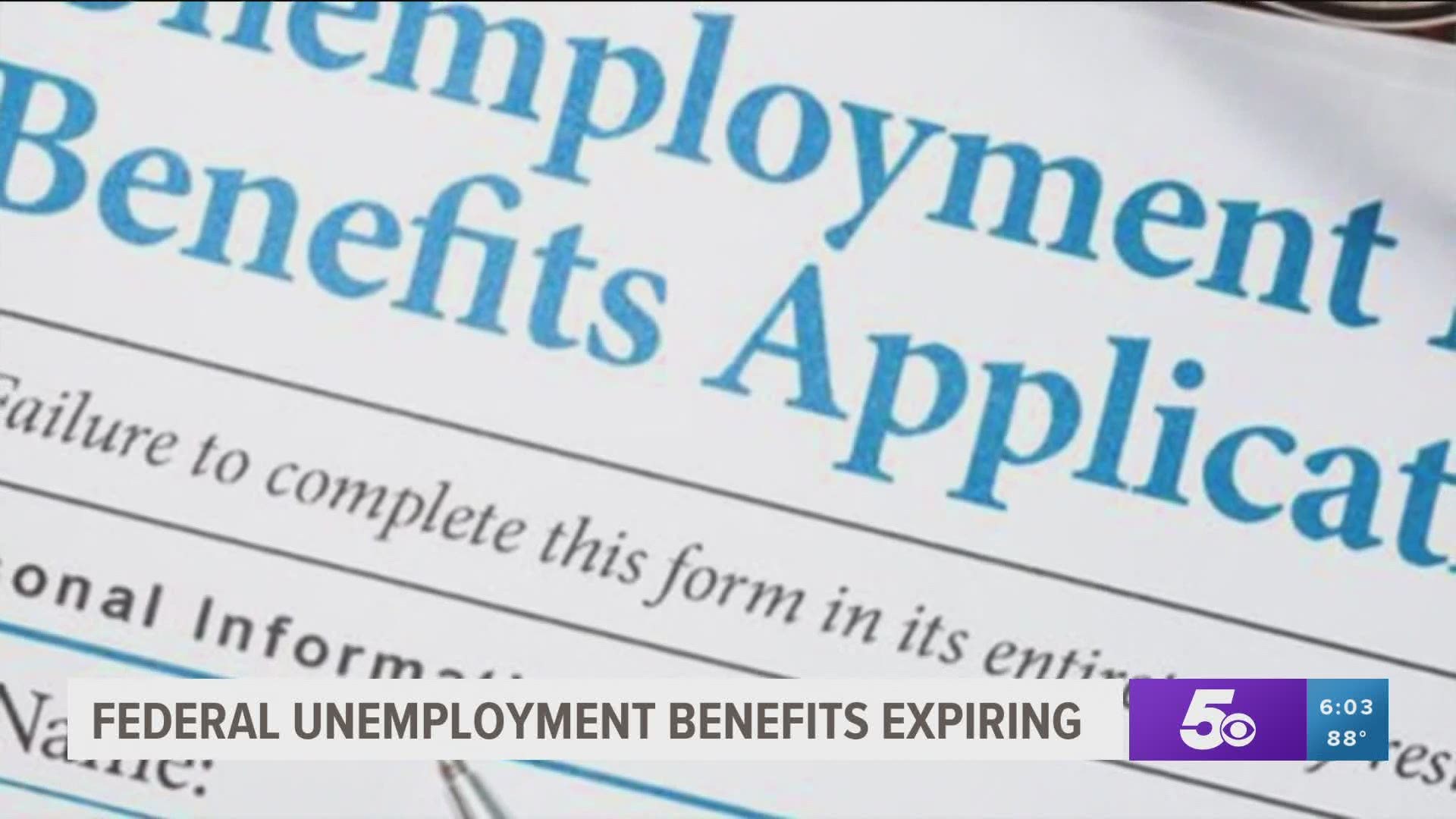 FAYETTEVILLE, Ark. — Tough times for those on unemployment as the extra $600 from the Cares Act is coming to an end next week.

There are still more than 92,000 Arkansans who are filing weekly unemployment. For them, next week will get more difficult when there is less money being depositing into their bank accounts.

“It’s been a real struggle with the virus and jobs and everything like that,” said Logan County resident Tinker Rollans.

Rollans like many people across Arkansas says she has been unemployed since March because of COVID-19 and is receiving Arkansas unemployment benefits along with the bonus from the federal government.

“The extra $600 has been really great but with it coming to an end, it’s really going to put a struggle on my family financially wise and we are going to have to cut back on a lot of things,” she said.

While congressional lawmakers are working on the next economic stimulus package, it’s very unlikely there will be anything approved before the end of the current payments.

Rollans says she has applied for a lot of jobs but hasn’t heard back yet.
She hopes that the bonus can somehow get extended.

“Or start sending out the stimulus packages like they hoped to do, that would be a really helpful thing," she said. "I have a two-year-old grandson that I try to buy clothes and stuff for and try and help out but with it ending there is no way I can do that now."

At the peak this year there were 122,000 Arkansans who applied for unemployment benefits and the Department of Commerce Secretary Mike Preston says that number is trending downwards and companies are starting to hire again.

“We’ve been fortunate enough to have conversations in the last couple of weeks with a lot of businesses around the state who are trying to ramp back up," Preston said. "As businesses continue to open back up more and more jobs are going to come back available and we hope that people are taking that initiative and taking all the precautions necessary to go back out and get back into the workforce."

The Department of Commerce says anyone who applies for unemployment will still get their regular amount from the state, just not the extra $600 people have been receiving since April.

Congress is still discussing federal weekly payments for unemployment, it’s likely the payments would be much less than $600.