The Skyline Report produced by Arvest Bank and the University of Arkansas shows nearly 9,657 homes were sold in 2019, the highest annual total in recent years. 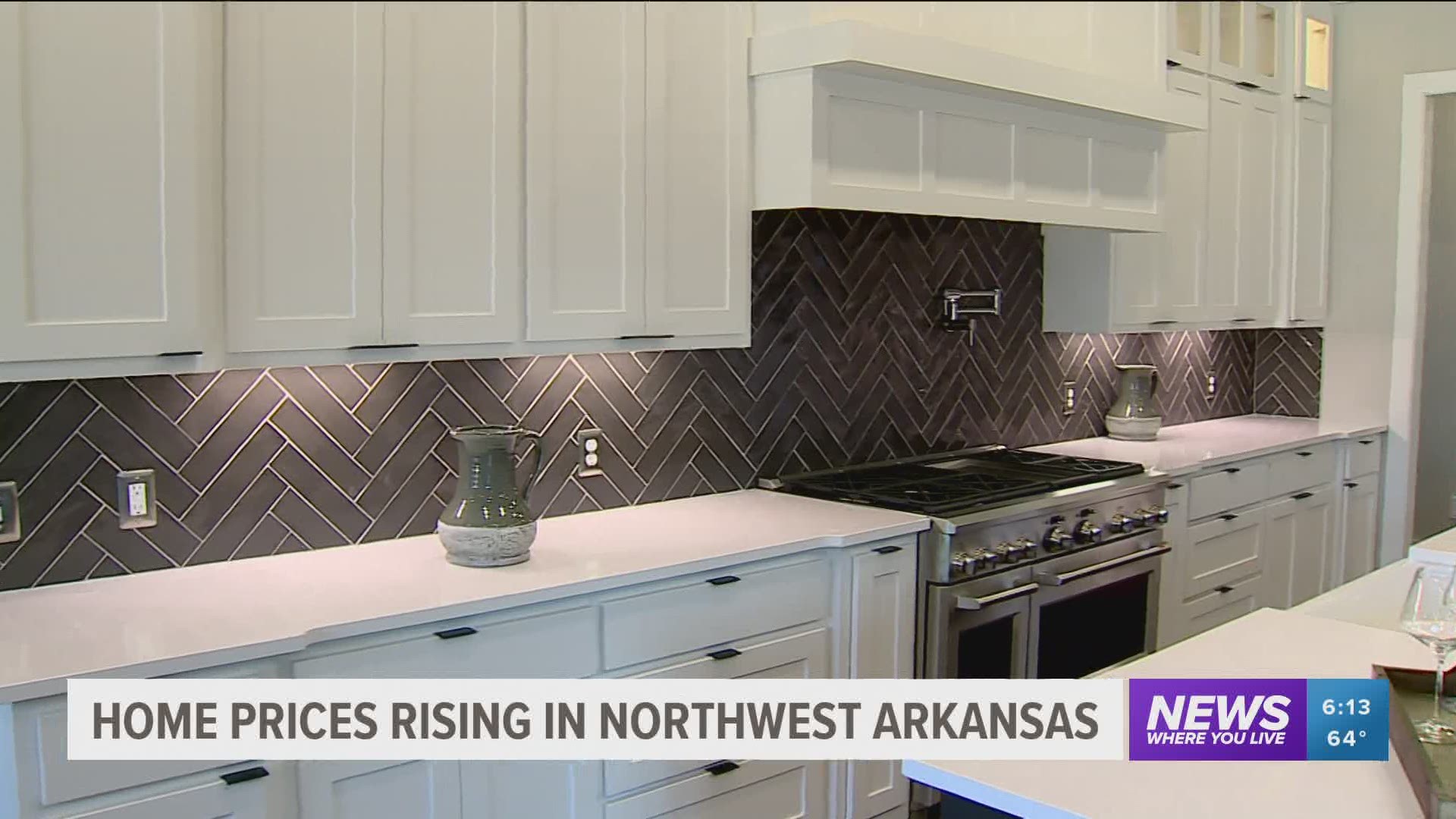 FAYETTEVILLE, Ark. — Home prices in Northwest Arkansas have reached a record high, according to the latest Skyline Report put out by Arvest Bank and the University of Arkansas.

Experts say the demand for housing is still strong in both Washington and Benton counties.

Everywhere you look it appears as though there’s real estate construction on every corner, from commercial to multi-family units and single-family homes.

The Skyline Report shows 9,657 were sold in 2019, the highest annual total in recent years. Something cities are going to have to address soon to keep up with a growing population.

“The lots available for people to build houses on is a lot more expensive because there aren’t a whole lot of lots available. We’re talking about cities rezoning to make more land available," said Mervin Jebaraj, with the University of Arkansas.

“Both commercial and residential is still a lot cheaper then say if you were on the coasts, but is on par with the base cities in our surrounding states," Jebaraj said.

While the low supply may pose some problems for potential homebuyers, interest rates are making it easier for families to realize their dream of owning a home.

“When you’re able to capitalize on that and capitalize on some of the down payment assistance and things like that now is a great time for first-time homebuyers to buy," Campbell said.

The Skyline Report began back in 2004.