Just when we thought we found that youngest bus driver in Searcy, Arkansas, Mike Ankton drove his way to the top of the list at just 19 years old. 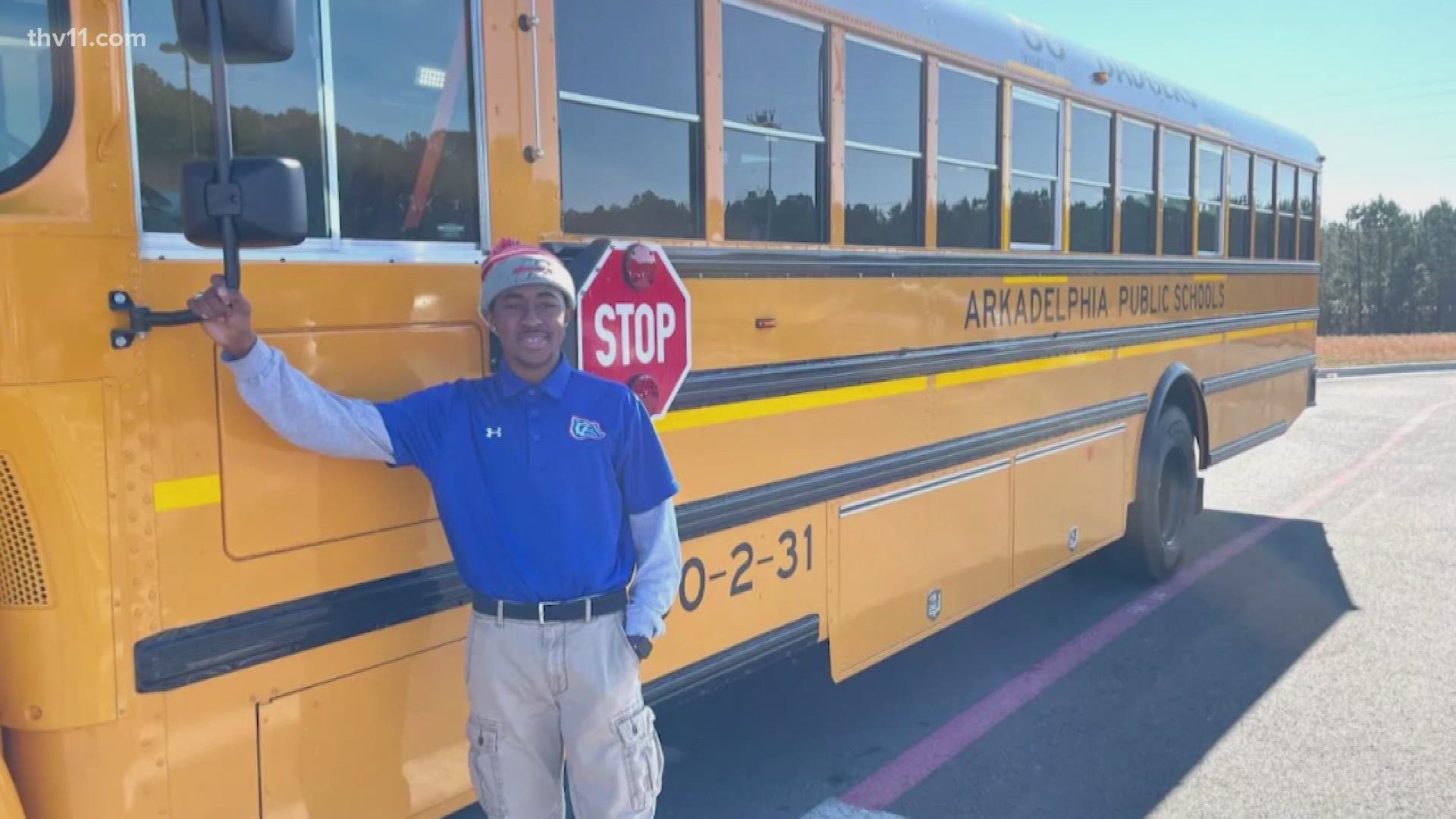 ARKADELPHIA, Ark. — Just when we thought we found that youngest bus driver in Searcy, Arkansas, Mike Ankton drove his way to the top of the list at just 19 years old.

Ankton is an Education major at Henderson State University in Arkadelphia, Ark. While on the path to becoming an educator, Ankton thought it was a great idea to go ahead and get his license to drive a bus. He saw the opportunity as a way to become more hireable when the time came to begin his career.

"I graduated form Arkadelphia," Ankton said, "and it was a nice way for me to come back and help."

Ankton said he fits right in with all of the veteran bus drivers at just 19 years old.

"They have always made me feel like I was apart of the transportation family," he said.

Ankton connects with the children on his bus in many fun ways. Right now, he said he changes his masks up to give the children a laugh.

"I have Steve Harvey masks, and they just love it when I can be funny," he said. "It makes the bus trip a little more enjoyable."

The young bus driver said he encourages other young drivers to take this opportunity to serve their community.

"It's hard to wrap your mind around it when you're younger," he said. "People see us a bad drivers. But, if you're like me, and excellent driver, and you like kids and have a little bit of free time, there's nothing wrong with getting your CDL and helping out a school."