Many skating rinks across the country and in Central Arkansas have closed amidst the pandemic. However, that's not the case for the Arkansas Skatium. 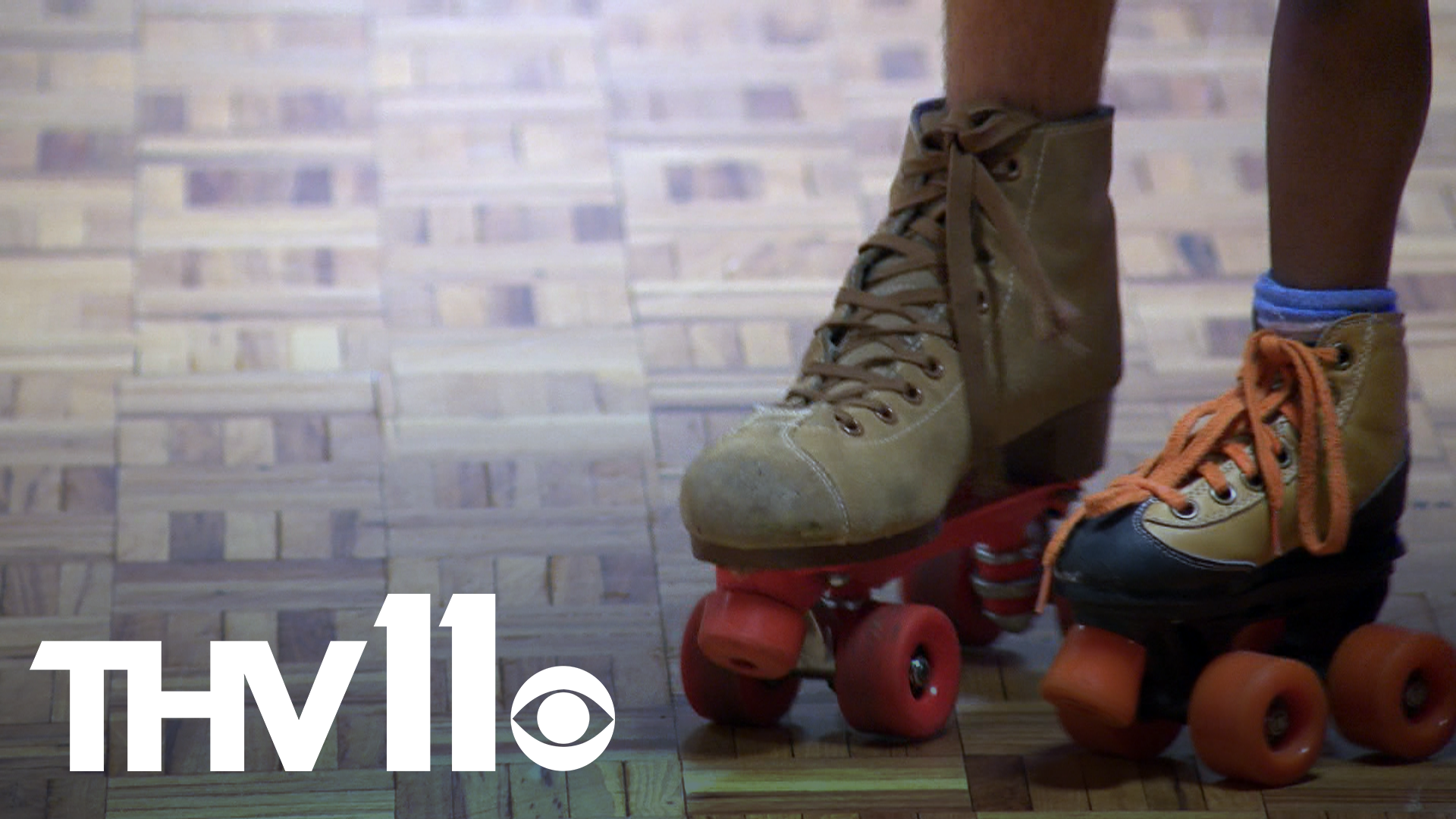 LITTLE ROCK, Ark. — It's nostalgic. It's fun. It's everywhere on social media. Roller skating. Brings back the memories, right?

Roller skating is becoming one of Arkansas' favorite pastimes all over again.

If you scroll through TikTok or Instagram, you're bound to see someone in skates. When the pandemic started, TikTok accounts grew like wildfire and so did videos of skating.

Clementine Simpson, who lives in Northwest Arkansas, has her own TikTok and Instagram accounts dedicated to skating. She started it during the pandemic.

"I feel like there's definitely a group of people that have always been skaters and they always think it's been a thing in Arkansas, but I feel like social media has grown it so much," she said.

Simpson decided to use her accounts to meet other new skaters.

"I made a little reel on Instagram asking people to join my group and I ended up having probably 40 people contact me just in the span of like a week or two," she said.

She decided to build a group based out of Northwest Arkansas called the Arkansas Roller Skate Crew.

The group is comprised of skaters of all ages, races, and genders who have been inspired by people skating online.

While skating has grown in popularity on social media, that hasn't always translated to local skating rinks. Many across the country and in Central Arkansas have closed amidst the pandemic. However, that's not the case for the Arkansas Skatium, a skating rink in Little Rock that's been around for decades.

Hannah King, the Arkansas Skatium's Marketing and Operations Manager, said this has been one of their best years in over 30 years.

King said having both a roller rink and ice skating facility is also partially to credit for their ability to stay open.

"Because we have dual rinks, we have dual chances to make profit to where we can keep the lights on and we can stay open," she said.

Skate sales have also soared. It's hard for them to get enough in stock. King said it really has been a year like no other.

"People wanted out of the house and people needed something to do," she said. "I'm sure kids were driving parents insane when they switched to virtual learning, which gave us opportunities to open up other things."

She said it's a family activity that everyone can enjoy together.

"It really is still going strong right now and we haven't really slowed down that much," she said. "We're still doing the best we have in years."

Both Simpson and King said the popularity of skating is only going to keep growing after the pandemic is over.

"I hope that in this period, we can get everyone just so intrigued by it that they're just going to want to do it for the rest of their lives," said Simpson.

"They can call me optimistic all they want but it's happening, and it's been going strong for almost a year now," said King.