Students in Cibolo could lose thousands without the opportunity to show their animals at the Houston Livestock Show & Rodeo. 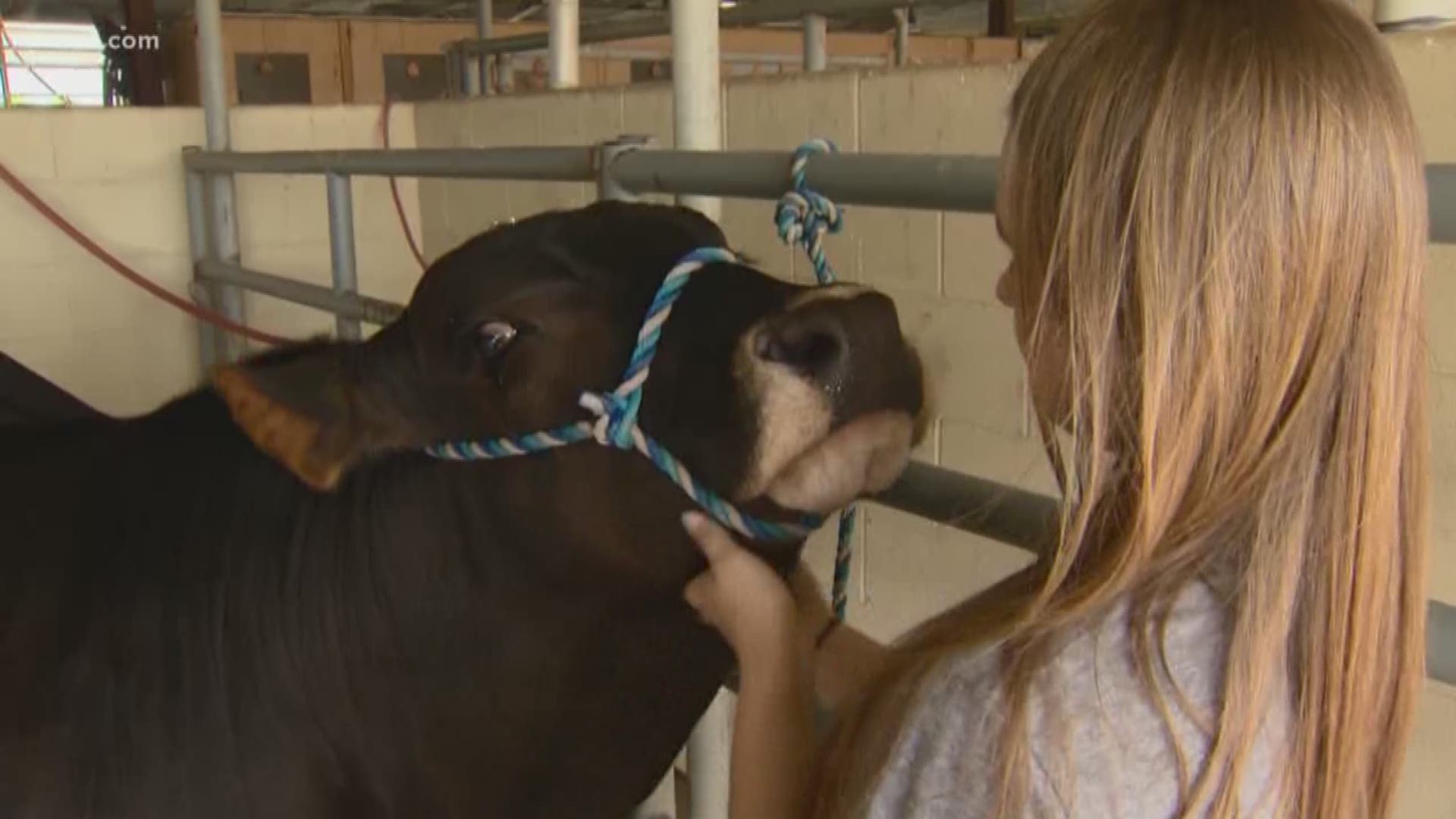 CIBOLO, Texas — With the announcement Wednesday that officials have cancelled the Houston Livestock Show and Rodeo, many students across Texas are worried about the impact.

Agriculture and FFA students from across the state typically travel to Houston to compete in different events at the rodeo, as well as show their animals in hopes of earning top dollars from the auction.

Grace Richter is a junior at Steele High School in Schertz Cibolo Universal City ISD, and bought her steer, Lucas, last year specifically to show him at Rodeo Houston.

“I've been doing this for about six years now. It's something I love doing. I mean, I want to do agriculture as a career, animal science, maybe a vet,” Richter said.

“We have a personal relationship with them, just like a pet. You come to the barn, just hug on your animals all the time,” she added.

Richter said she bought Lucas as a calf and has devoted a lot of time and money raising him in the last year with the Cibolo Creek FFA.

“We feed them, we walk them. We come up here after school. There's so much time and money invested into these animals,” Richter said. “And we're spending all year going to small shows, paying those fees to see what judges think of them, so we can take them to the majors and hopefully do well.”

And now, with news of the rodeo being cancelled, she’s left wondering what to do.

“It kind of is upsetting because we've spent so much time and effort trying to make these calves really good for that specific show,” Richter said.

RELATED: President Trump suspends travel from Europe to US for 30 days over coronavirus

Richter said that, if she would have placed in the show, she could have sold Lucas in auction and made up to $10,000. She added that the money earned would go into buying a new show calf for her senior year, and hopefully winning again, investing the money into her college education.

“It's a little devastating. We've spent so much time into these animals. And so when we go up there, we're hoping to do really well."

Will Pickard said the cancellation also affects his son, Jacob, a senior FFA student at Samuel B. Clemens High School. He was planning to show his steer in the San Antonio Stock Show and Rodeo when the animal got injured.

“Houston was going to be the one to show where he had a chance to really show how much effort he's put into that animal and impress some people and maybe make a little money out of it,” Will Pickard said.

Pickard said the Houston Livestock Show and Rodeo was his son’s last hope to auction off his steer.

“The kids have all put a lot of time, money, blood, sweat and tears into these animals. It's a big financial impact for him,” he said.

“When you do place, you do have that opportunity to go to auction and get all your money back. So that money we get from auction is what we spend on  next year's calves,” said Richter.

Richter said she hopes there’s still time to register Lucas to show in the Austin Livestock Show and Rodeo, set to take place the last week of March.

But if that event ends up being cancelled as well due to coronavirus threats, the only other option would be selling Lucas at a market sale, which would amount to a significant loss.

Pickard said his son is also hoping for a shot at the Austin Rodeo if it’s not cancelled.

“Hopefully they don't follow suit. But the fear is they will. We certainly understand why, but that is the fear," the father said. "(We'd) have a lot of disappointed kids, a lot of students who really work hard and don't get to show with what they've been able to do."