Adopt-A-Pet: Harriet with the Animal League of Washington County

Brindle beauty Harriet came to the rescue with a litter of five-week-old puppies in tow after living outside for most of her life. 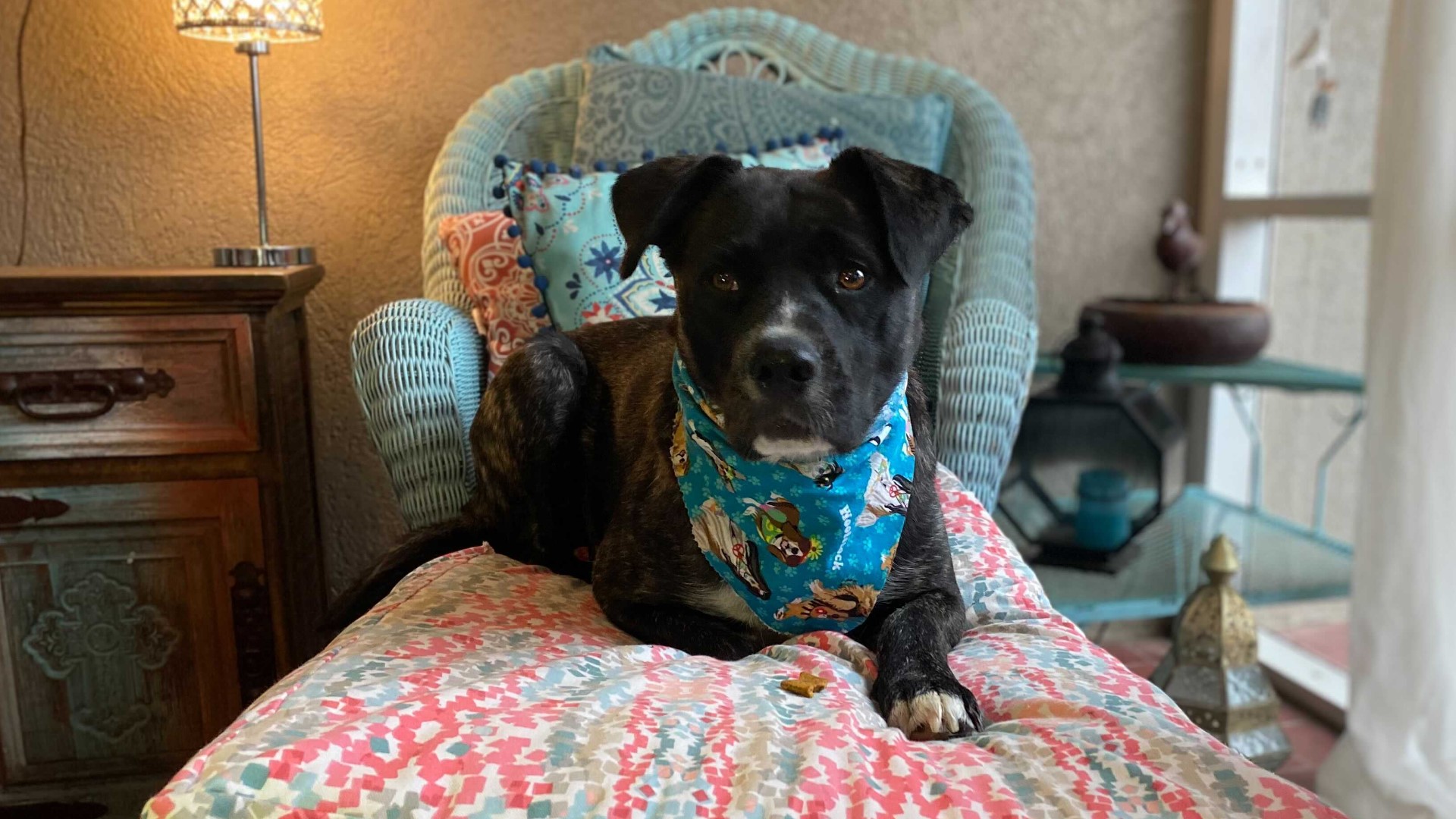 FAYETTEVILLE, Ark. — Meet Harriet with the Animal League of Washington County in this week's Adopt-A-Pet segment. She's a sweet but shy dog that survived on her own is ready to have a roof over her head with the perfect forever.

Brindle beauty Harriet came to the rescue with a litter of five-week-old puppies in tow after living outside for most of her life.

"Harriet came here because she had been living on her own for probably two years, and she needed some time to decompress and to become social again," Kathy Short, board president of the Animal League of Washington County, said.

While her puppies have all be adopted, Harriet is still waiting.

"She’s doing great. At first, she was really scared obviously, but she’s been doing a great job," Short said.

“She needs to be in a home that’s stable. Probably not lots of young kids, older would be fine like my nieces here are ten and thirteen," Short said.

Harriet needs a home with a big fenced-in back yard for her to run around in. She enjoys being outside in the sun, rain and even snow.

Harriet with the Animal League of Washington County

Harriet is still learning. And while she is still timid around strangers, once she feels comfortable, you will have a soft, warm snuggle buddy to chill with at night.

“Oh yes, she loves the bed. We found that out right away, and yes, she loves to get up on the couch, and when she finds that forever home and bonds with that family, she’s a cuddle bug," Short said.

Harriet is fully vetted and spayed.