Norman said meeting Buckshot was one of the biggest honors of his life. 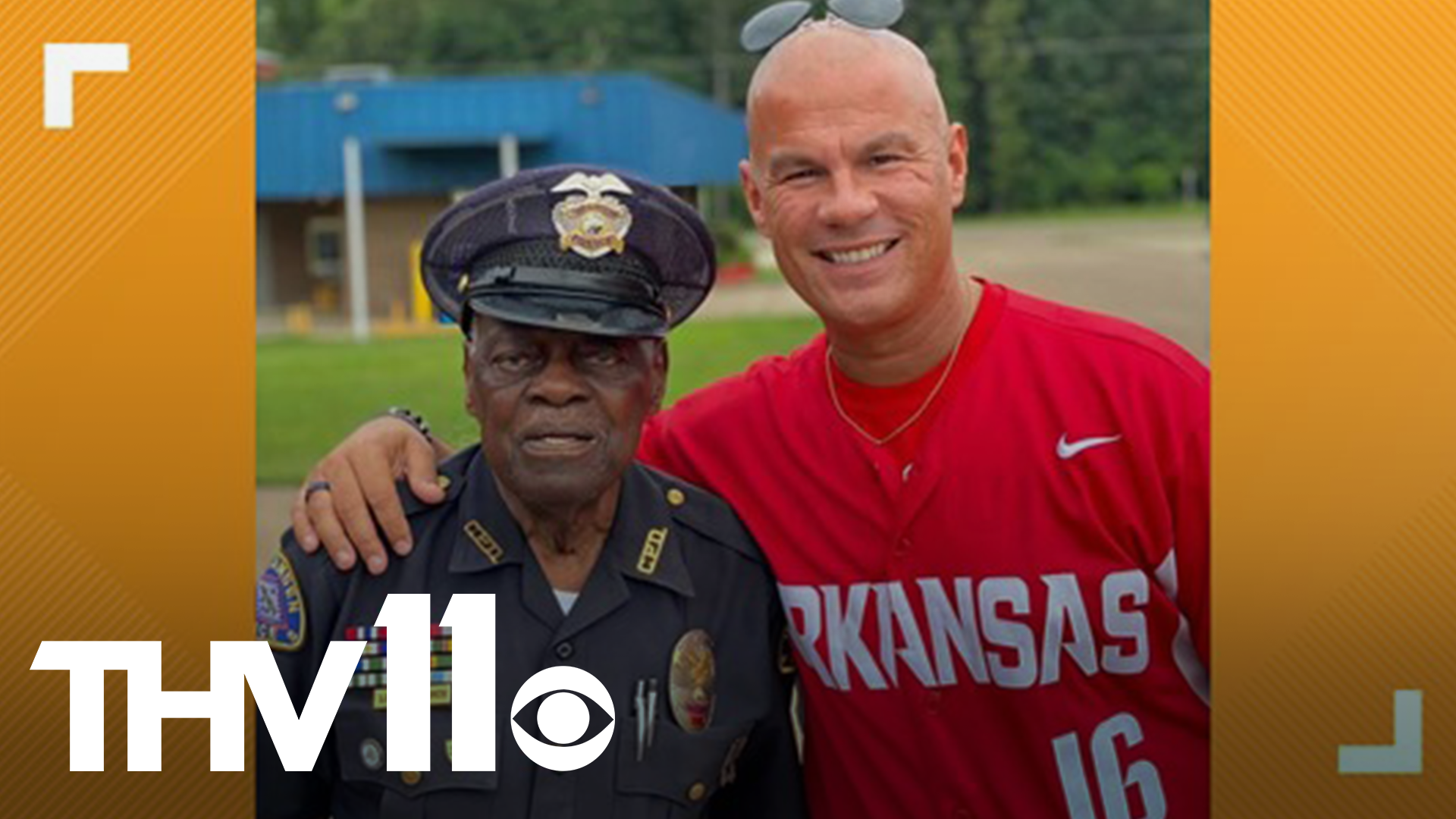 CAMDEN, Ark. — If you're one of Officer Tommy Norman's one million Instagram followers, you know he loves to spotlight some amazing people in his community or surrounding areas.

As he made his way through Camden, Ark. he couldn't help but to stop and shake the hand of the oldest working police officer in Arkansas — 91-year-old L.C. "Buckshot" Smith.

Buckshot worked for the Ouachita County Sheriff's Office for more than 46 years. He came out of retirement after just four months to work for the Camden Police Department and is now one of the oldest working officers in the country.

Officer Norman posted a video of the two meeting in a parking lot in Camden and later joined together to eat at the Cardinal Café.

"I am extremely honored," Norman said in the video while meeting Buckshot.

Norman said meeting Buckshot was one of the biggest honors of his life.

"I learned from Buckshot, that the way you treat people in uniform and out of uniform, the way you respect people — whether they are a drug dealer, convicts, you don't judge people," Norman said. "You love everyone equally and at the end of the day, that makes your job easier as a police officer and leaves a lasting impact."