When you're as good as friends as Kylie Rappold and Connor Morris are, you tend to help each other out. 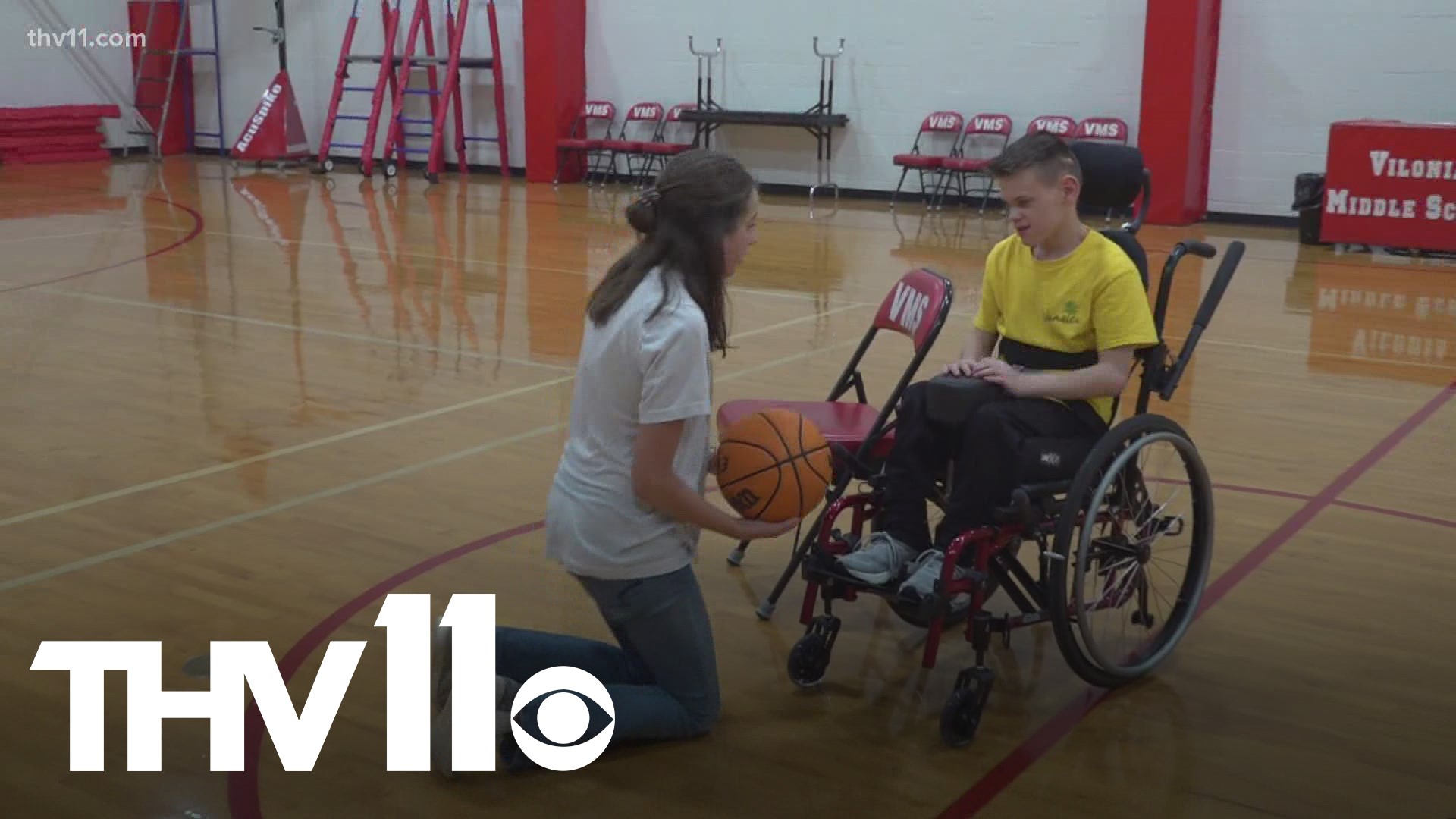 VILONIA, Ark. — When you're as good as friends as Kylie Rappold and Connor Morris are, you tend to help each other out.

"We just, I guess just kind of became friends like that," Kylie, who is a seventh-grader at Vilonia Middle School, said.

And you tend to think towards the future as well.

"You know, her thinking 5, 6 years down the road," Erin Rappold, Kylie's mother, said.

But helping in the moment is the reason why Erin's post about Kylie is going viral.

"She said, 'Well he can't really see,'" Erin said. "'So I was explaining who was on the court and he would ask what do they look like, cause he didn't know a lot of the kids, and so she would explain and kind of be his eyes.'"

Kylie helped explain and demonstrate what a recent basketball game at Vilonia High School looked like for Connor. His eyesight is poor, and it's difficult for him to see what's around him.

The Hoops Classic is a game between faculty and students – both disabled and not.

Educators who see the pair every day say it's hard to keep them apart.

"I mean, Connor and Kylie do have a special relationship," Jeannie Noel, a special education teacher at Vilonia Middle School, said.

"But her to be able to see that as a young adult, and know that she needs to give back, means a lot as a parent," Erin said.

But for Kylie, this isn't anything out of the ordinary for her.

"I think it's very important because I know a lot of kids with special needs don't have good friends, and I want to make sure they feel included," Kylie said.

It's just part of being a good friend.