Carlos Muniz was set to marry his fiancee Grace when he suddenly became ill with coronavirus. 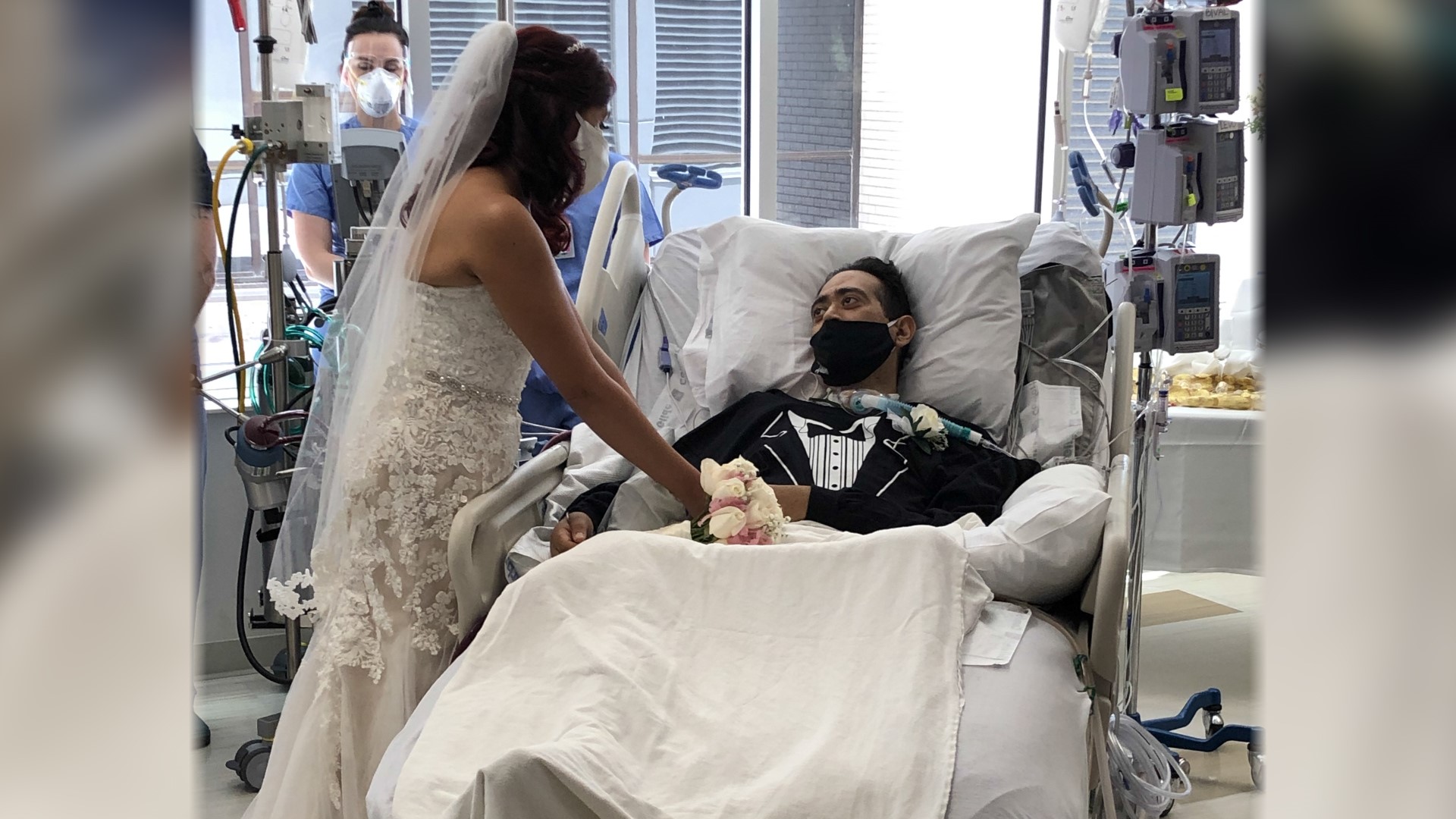 SAN ANTONIO — A San Antonio man struggling to recover from coronavirus was able to say “I do” to his fiancee with the help of Methodist Hospital staff.

According to the hospital, Carlos Muniz was set to marry his fiancee Grace when he suddenly became ill with the coronavirus. He was admitted to Methodist Hospital and was placed in the ICU unit when his health worsened days later.

Methodist said Muniz was placed on extracorporeal membrane oxygenation, or ECMO, as a last-chance effort for his survival; a month later he tested negative for COVID-19. However, Muniz is “struggling to recover fully” and remains on ECMO treatment, according to the hospital. The 42-year-old had no underlying health conditions.

"We actually almost lost him, twice," Grace said. "Both of his lungs collapsed."

When Grace shared with his nurse that they had missed their wedding while Muniz was ill, the nurse came up with the idea of hosting the wedding at the hospital. The couple accepted the offer, and nurses said they noticed a “positive change” in Muniz.

"He is definitely showing progress everyday," Grace said. "But it was (in) two scary moments that he was almost gone."

The wedding took place on August 11 inside Methodist Hospital. Grace wore the wedding dress she’d purchased for their original wedding day, while Carlos wore a tuxedo shirt purchased by his nurse. Methodist said they allowed exceptions to hospital visitation rules in order for the couple’s parents and children to attend the ceremony, while extended family members were able to attend virtually.

Grace walked down the aisle to music recorded by her husband.

'When I heard the music, oh my gosh...my heart just fluttered," she said. "It was just such an amazing moment. And it really felt it was just a moment between him and I."

Methodist Hospital said the ceremony “presented a major victory to the COVID-19 staff” at the hospital just as much as it brought some joy to Muniz and his family.

"Having gone through this, it really makes us appreciate life," Grace said. "And every moment that life gives us."

"This wedding is really important for us as the care team of this patient,” Carlos’s nurse added. “We've seen some victories, but we've had our losses. It was very special for us to be a part of and has been a big motivator for this team.