Gordon Earl Bentley celebrated his 100th birthday today with a parade and flyover at his retirement home in Conway. 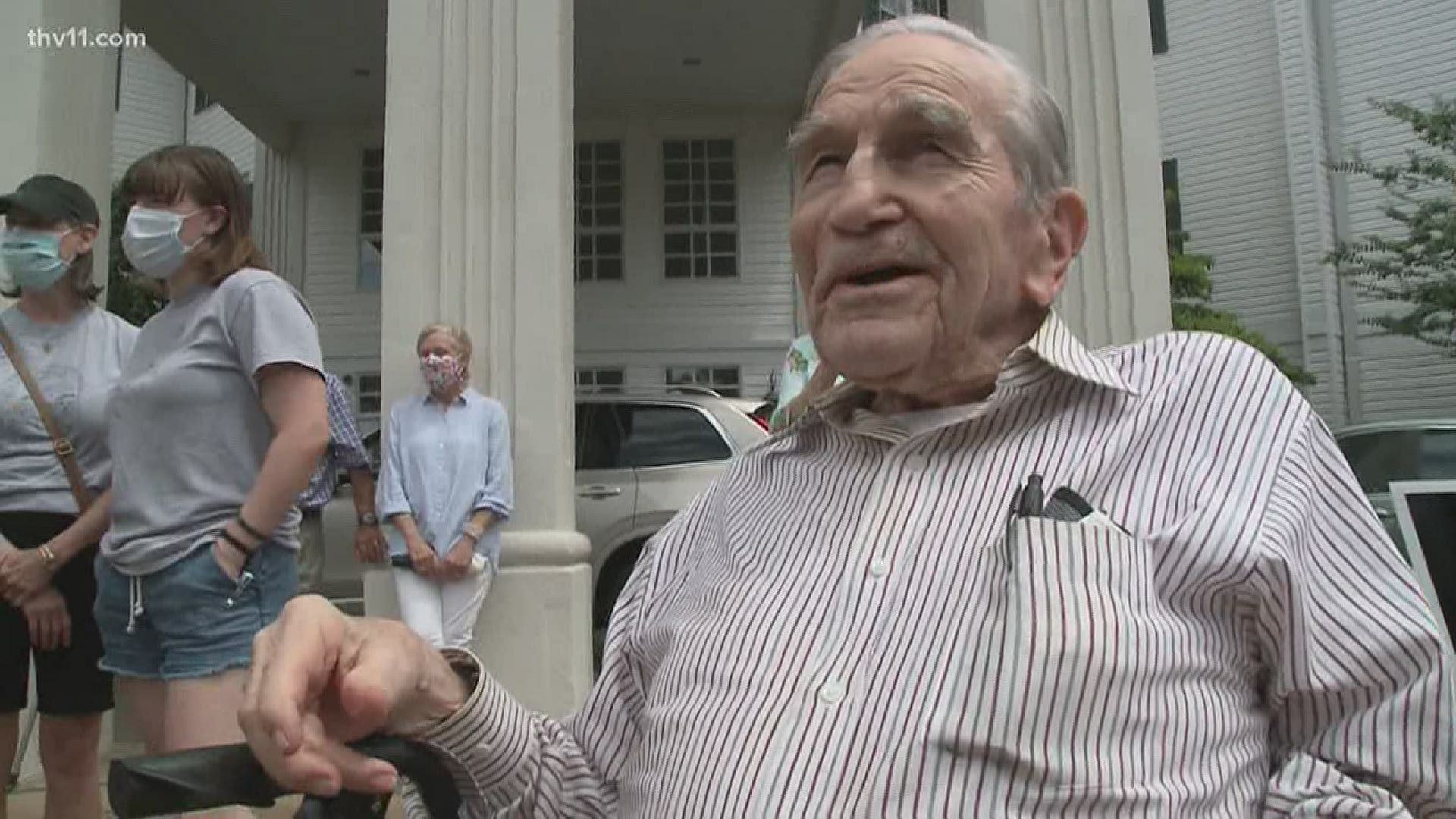 CONWAY, Ark. — Gordon Earl Bentley celebrated his 101st birthday Monday with a parade and flyover outside his retirement home in Conway.

Bentley was a recipient of the Distinguished Flying Cross, an award that can be given to any officer or enlisted member in the military who stands out for "heroism or extraordinary achievement while participating in an aerial flight," according to the Department of Defense manual.

Bentley celebrated the milestone with a flyover from the Experimental Aircraft Association and a second flyover with Commemorative Air Force flying a World War 2 aircraft.