“I started doing these TikTok videos, in the first place, just so me and her could have something to laugh at when she was going through her treatments,” Kidd said. 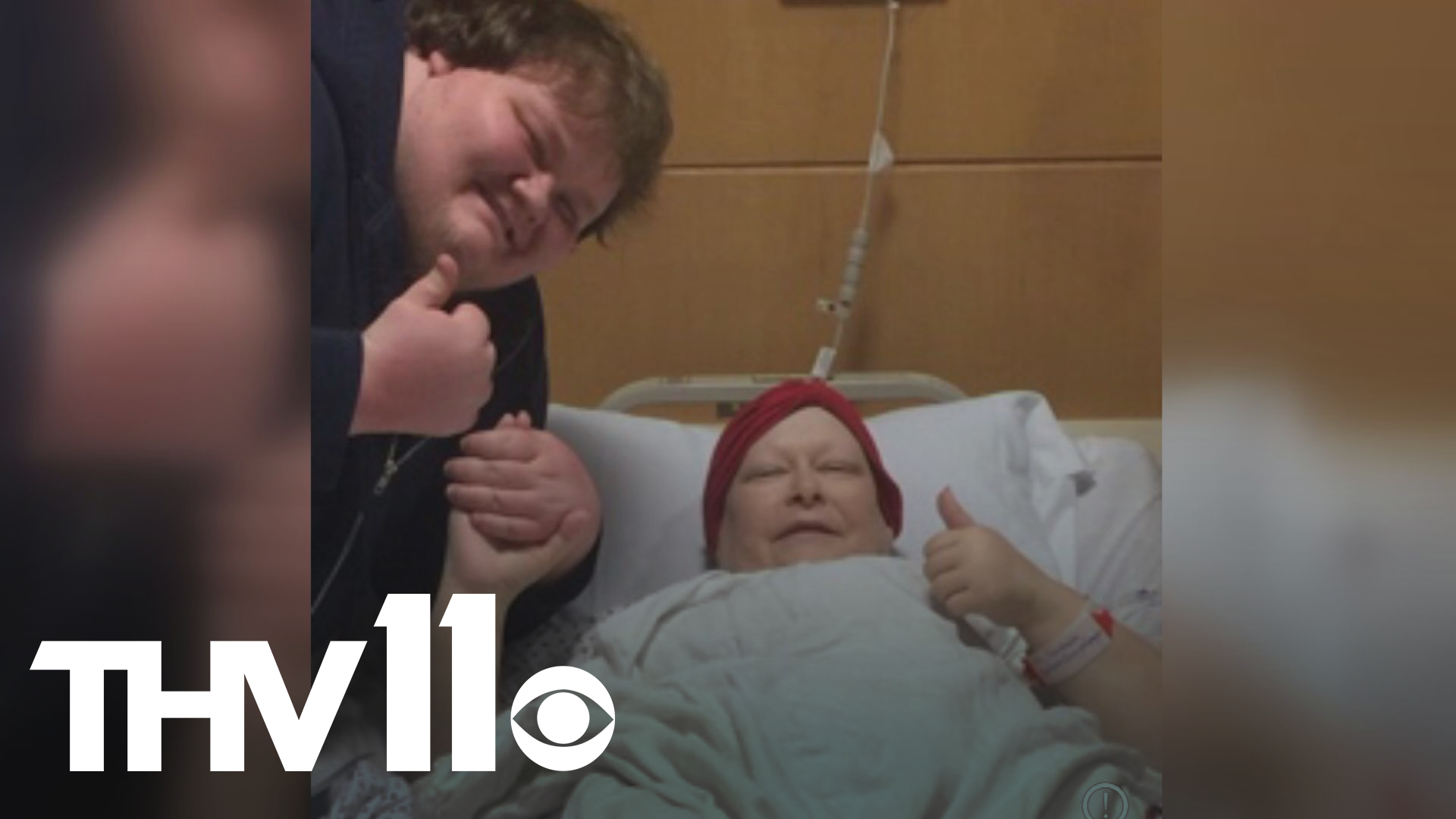 ASHDOWN, Ark. — During the height of the pandemic, THV11’s Wake Up Central introduced you to an Arkansas TikTok personality who became a sensation.

Now, Kidd is taking off his costumes and wigs and going out on a limb during a difficult time. The response from fans has been what he calls "a miracle."

Just a few days ago, Kyle Kidd posted an unusual video to his TikTok. It wasn’t the normal comedic skit. It was a skit based on a true story, his family's story.

“It was the hardest video I have ever done in my life,” said Kidd. “I’ve never been myself in a video.”

The video now has over a million views. It outlines the struggle his mom has had after being diagnosed with breast cancer. The family’s medical bills are piling, and insurance is no longer covering the cost of a treatment that could save her life.

“If we were to pay out of pocket for the chemo alone, not considering travel or other medications, it would be $40,000 just for the chemo once a month, every month,” he said.

He decided to ask for help. That help came quickly.

In a matter of days, Kidd’s loyal fans raised around $225,000 dollars to save his mom. Many fans commented on the video saying Kidd had helped them when they were struggling throughout the pandemic. They said he had provided joy and laughter for them, and they wanted to pay it forward.

Kidd said he never knew how much his videos made an impact.

As his family continues to fight cancer and legal battles, working to get insurance coverage, he said they have renewed hope.

“When she gets tired, when she gets sick, and she's really down, I know that just knowing that she has the support that she does, really, really invigorates her,” he said. “They have really, truly, given us a gift of life.”

Kidd calls it a full-circle miracle.

“This whole TikTok adventure, for me, has been a God thing from beginning to end,” he said. “I started doing these TikTok videos, in the first place, just so me and her could have something to laugh at when she was going through her treatments.”

He said they’ll keep laughing together even during the challenges. After all, it's laughter that brought them here.

“Laughter is a very, very powerful thing,” he said. “There's nothing more in this world that I love more, other than my mother, than making people laugh, and making people smile.”

You can find Kidd’s mom's Go Fund Me page here.