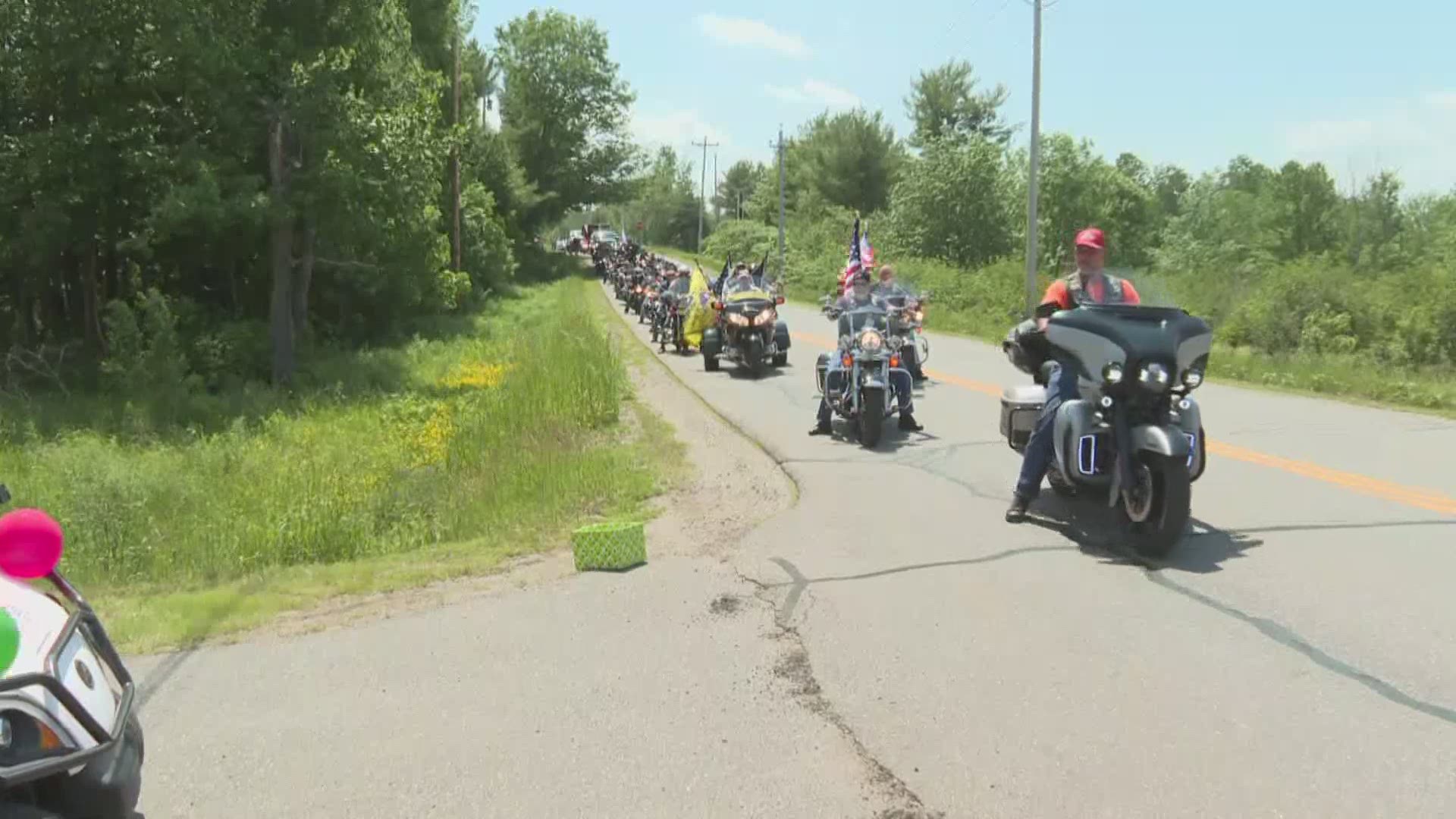 AUGUSTA, Maine — It was a special day Sunday for WWII hero and Augusta resident Don Lucero. Just one day before his 100th birthday, dozens took part in a drive-by parade to celebrate.

"To me, he is the epitome of bravery and courage," said Laurie Sidelinger with Honor Flight Maine.

More than 100 people were out in Augusta to take part in the parade. It was organized by Honor Flight and the Maine Patriot Guard Riders. Neighbors, friends, and others were there to support Don.

Lucero is a Purple Heart and Bronze Star recipient for his acts of courage while serving the United States. During WWII, while serving in the Philippines, Lucero was captured by Japanese forces. He survived the grueling Bataan Death March and is a three-time prisoner of war.

It was a special day in Augusta today, as more than 100 gathered to celebrate WWII vet Don Lucero. On Monday, this Purple Heart and bronze star recipient who is a 3x POW turns 100! @newscentermaine pic.twitter.com/zc2teNiWfp

"We can't do enough to honor his sacrifice that he did for our country. For our freedom" said Joy Asuncion, a veteran and Honor Flight volunteer.

On Sunday, however, the celebration was for far more than just Lucero's war heroics. Folks were there to help him celebrate his 100th birthday.

"We are just so thrilled to celebrate this 100 year milestone, with him and show him we will not forget," said Sidelinger.

"To see everyone, it shows that everyone appreciates the sacrifice that our veterans made," said Mike Edgecomb with the Maine Patriot Guard Riders.

In addition to locals, Lucero was also joined by family who traveled from as far as California, North Carolina and New Jersey.

"This is special to me, and of course my sister and our family, but to see this kind of a turnout, heartwarming doesn't really tell you," said Don's youngest son Matthew Lucero.

Following the parade, a small celebration was held at Don's Augusta home. There he was awarded flags that flew over the Maine Capitol. He also received a Silver Star for his acts in war.