James O. Ray has been named by the American Association of State Troopers as the Trooper of the Year. 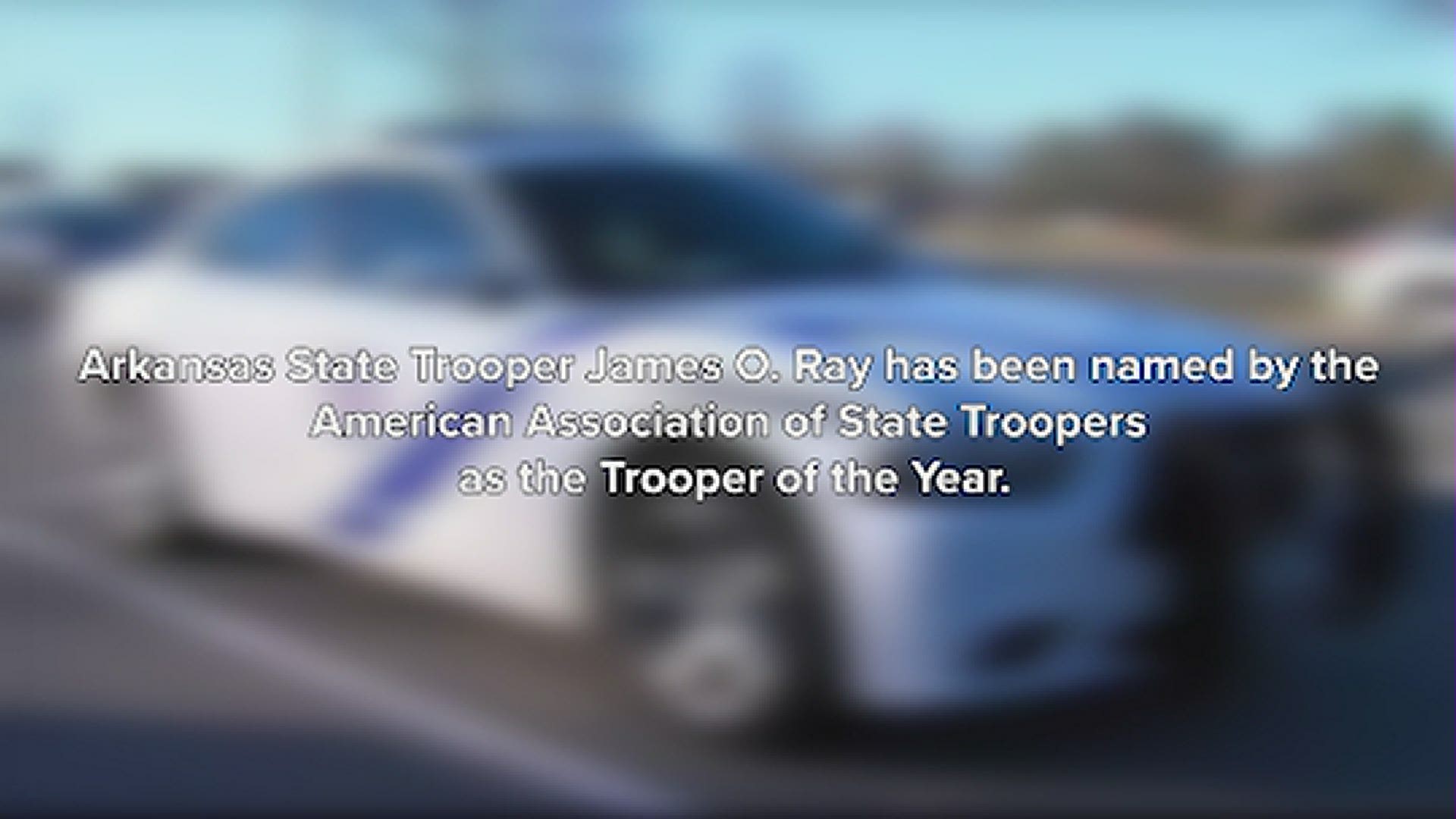 FRANKLIN COUNTY, Arkansas — Arkansas State Trooper James O. Ray has been named by the American Association of State Troopers as the Trooper of the Year – 2021, recognizing him for his selfless act of bravery that saved the lives of motorists traveling through western Arkansas along Interstate 40 last year.

The heroic actions by Trooper Ray while pursuing a fleeing driver prevented a catastrophic collision between the suspect and innocent motorists.

On December 4, 2020, at 10:37 a.m., Officer Matt Young of the Arkansas Highway Police had stopped to check the welfare of a driver parked along I-40 near Ozark.

The side windows on the vehicle were spray painted black preventing Officer Young from seeing through anything other than the driver's window.

During the ensuing pursuit, the suspect fled at speeds exceeding 100 miles per hour and passed several vehicles on the shoulder as he drove erratically.

When given the opportunity to safely end the pursuit, Trooper Ray performed a Precision Immobilization Technique (PIT) on the fleeing suspect vehicle which was forced into a clockwise rotation into the westbound lanes.

Trooper Ray, realizing he was running out of options to stop an extremely dangerous driver, drove west in the westbound lanes to get ahead of the fleeing driver who continued westbound in the eastbound lanes.

Trooper Ray was able to get ahead of the fleeing driver and crossed the median into the eastbound lanes, facing the direction he knew the suspect vehicle was traveling.

Using quick judgment, Trooper Ray stopped eastbound traffic, and began slowly driving eastbound as the suspect vehicle approached him traveling westbound. Trooper Ray knew that the next unit to be in a position on the eastbound side of the interstate was miles behind him.

Trooper Ray was able to safely place the suspect into custody, and miraculously, neither he nor the suspect had any major injuries.

Trooper Ray will be formally recognized in a national award ceremony later this year.