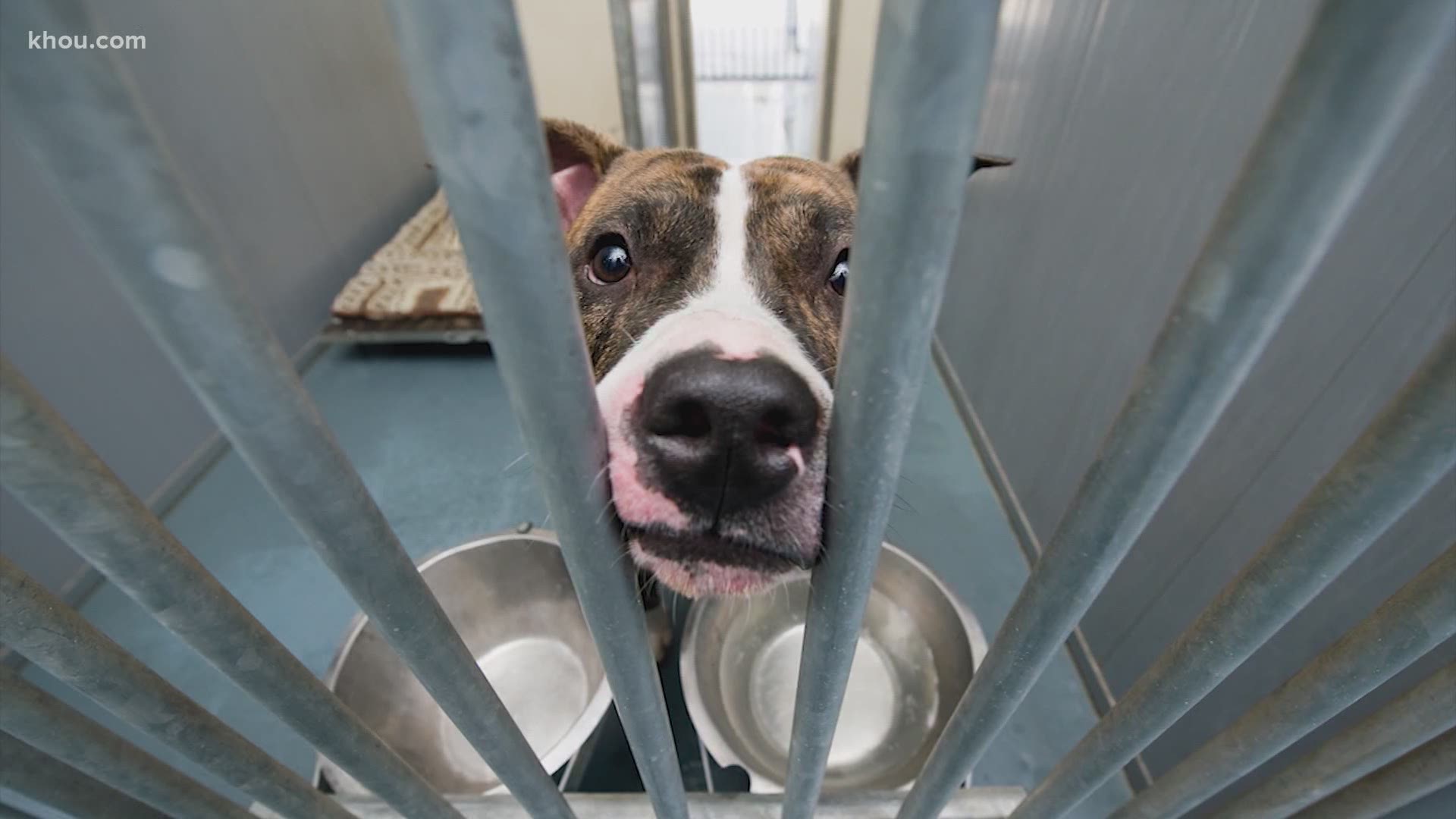 HOUSTON, Texas — 2020 has been a rough year for everyone,  but there has been a silver lining during the pandemic. Local shelters are reporting fewer homeless animals than in the past.

Eddie Miranda with Harris County Pets said so far this year they’ve taken in more than 12,000 animals. That's a big drop from past years.

Despite the pandemic, the shelter has been able to maintain a steady flow of adoptions.

“We’ve maintained a 98% live release rate of our animals and these are animals that are not only adopted but they’re also fostered or returned to their owners," Miranda said.

Johnson said, “Right now there are shelters in the north and even on the east coast and west coast and things like that, they have none. There’s shelters that are scrambling to try and find pets to place and help other places.”

Despite the increase in adoptions, it's not all good news.

Johnson said a lot of families are struggling to keep their pets because of financial issues.

“We have seen people reaching out I think more so than previously for assistance for different things like dog houses, food and other supplies like that,” Johnson said.