Don't worry, the birds are fine. The zoo found new homes for them after incidents between peafowl and zoo visitors. 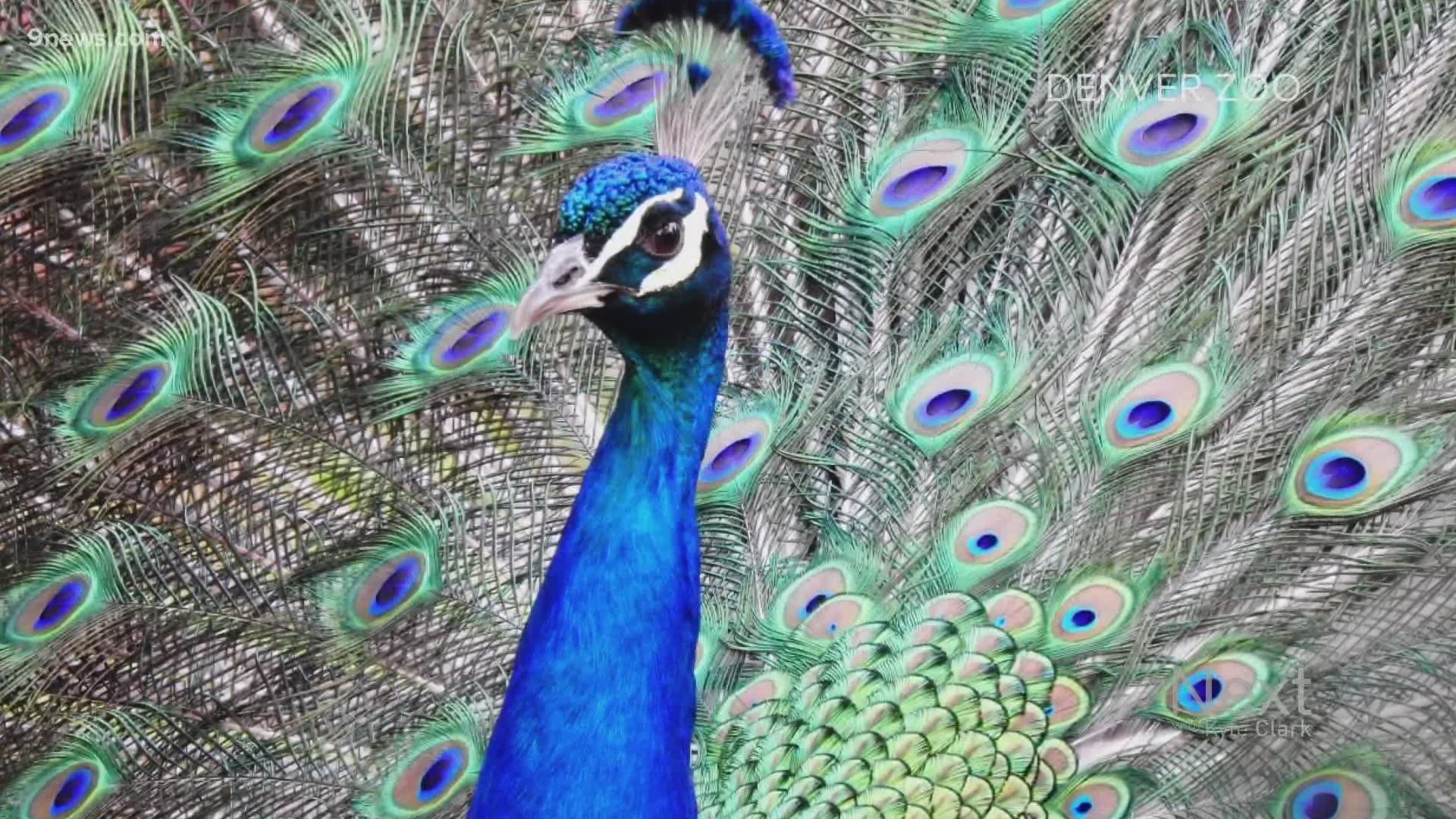 DENVER — Visitors to the Denver Zoo might have noticed the grounds are quieter recently in one way: The air is no longer filled with the calls of peafowl.

That's because during the COVID-19 shutdown, in late March or early April, the zoo moved the last of its free-roaming peafowl to new homes, said Jake Kubie, a zoo spokesperson.

The zoo made the decision to remove the peacocks and peahens long before the shutdown. The process started years ago after "several incidents that resulted in minor injuries to guests," Kubie said.

While most zoo visitors enjoyed watching the peafowl or taking photos of their flamboyant plumage, a few visitors caused incidents by harassing or feeding the birds.

In 2014, a zoo spokesperson told 9NEWS that sometimes visitors tried to chase the peacocks or pluck their feathers. When the birds ran or attempted to defend themselves, in some cases, the guest got pecked or scratched.

Even back then, the zoo was developing plans to reduce its number of peafowl and eventually remove them.

Credit: Denver Zoo
The Denver Zoo has found new homes for its peafowl, which are no longer ranging free throughout the zoo.

At one time, about 40 peafowl roamed the zoo's grounds, Kubie said. The zoo's bird experts worked over time to find new homes for the birds at other accredited zoos or facilities that they had inspected and approved.

By this past February, the zoo had only a handful of peafowl left that were cared for behind the scenes. Now, those birds too have moved on.

The zoo has no plans to reintroduce free-roaming peafowl, Kubie said.

Denver Zoo visitors can still see one peacock, though. He lives in the aviary in the Primate Panorama exhibit.

RELATED: The 2 lion cubs at the Denver Zoo have their names