Denver Zoo animals among the first to get COVID vaccine

Some animals at the zoo will get a vaccine meant specifically for animals that can be impacted by the virus. 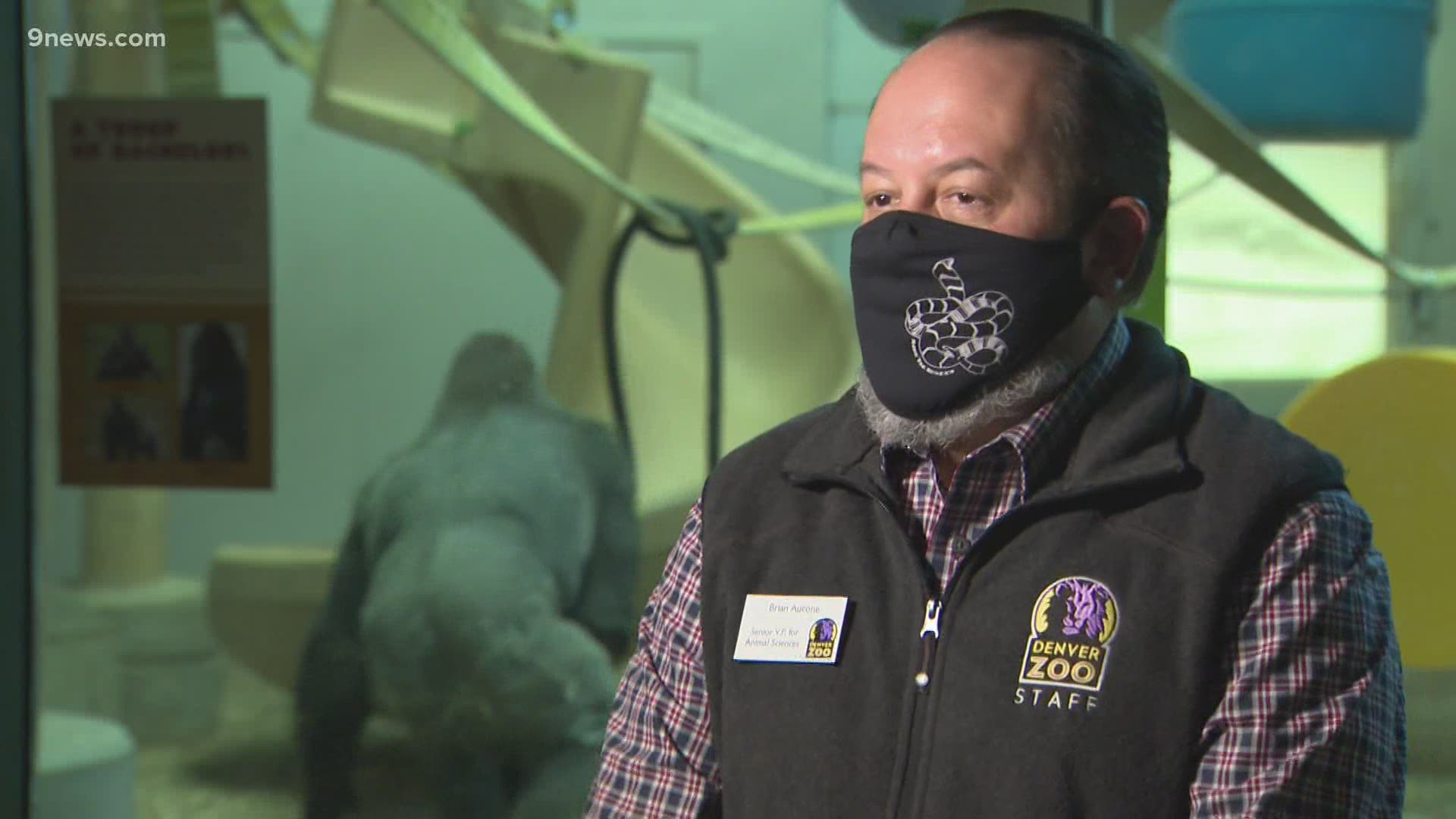 DENVER — Some animals housed at the Denver Zoo will begin receiving vaccinations against COVID-19, the zoo said Tuesday on its Facebook page.

According to the post, the zoo's primates and carnivores will be up first to receive a vaccine that is specifically made for animals.

They'll be getting the Zoetis vaccine. Zoetis is an American pharmaceutical company that makes drugs for pets and livestock. According to its website, the Oakland Zoo was the first to use the experimental drug in its large cats and bears to protect them from the virus. That zoo got its first shipment on June 29.

The Denver Zoo's vice president of Animal Health and head veterinarian, Dr. Scott Larsen, explained Tuesday that the timeline for those doses to come in is still to be determined, but gave a rough timeline.

"...we're expecting in the next two or three weeks, but I haven't received a definite date from them," he said, referring to Zoetis. "It'll be within a couple of days after we receive those vaccines that we'll start rolling it out to our animals."

In total, Dr. Larsen said they'll initially receive 40 doses, giving them the capacity to vaccinate up to 20 animals. Depending on how the process goes there and at other zoos, may determine if they vaccinate up to 100 animals at the zoo by the end of the summer.

The Zoetis vaccine, designed for animals, will be two doses spaced out over a few weeks, much like the vaccines designed for humans.

Dr. Larsen also explained that not all of the designated animals that are initially receiving the vaccine will get their doses right away.

"The first day we'll vaccinate ... in the gorilla's case, maybe one, maybe two. In the lions, we may do two or three. Make sure it's working before we give it to everybody," he said. "...if we didn't believe that we have solid science, good partners to work with, and then a whole community of zoo professionals throughout the United States, it would be much more difficult to do. But, because we're doing this as carefully as we can, but as proactively as we can, we feel good about moving forward."

He added that they will be looking out for side effects.

"We care deeply about these animals where we're hugely invested in them emotionally as individuals, that it's our responsibility to care for. And so we don't take any aspect of what we do and provide for them lightly," Dr. Larsen said. "We're trying to use the best science that we have."

In a recent press release from Zoetis, the company said it's donating 11,000 doses in total to nearly 70 zoos.

According to the drug maker, tigers, black bears, grizzly bears, mountain lions and ferrets are at the highest risk to get the virus.

The vaccine has been authorized for experimental use on a case-by-case basis by the United States Department of Agriculture (USDA). The Denver Zoo said it was recently approved.

In May, the Zoetis' vice president of corporate communications at Zoetis said that when it comes to pets like cats and dogs, the risk for COVID-19 was so low that the U.S. Department of Agriculture (USDA) was not considering applications for COVID-19 vaccines for them.

"The safety and well-being of our animals is always a top priority at Denver Zoo, and there is evidence that primates, carnivores and other mammals can be affected by COVID-19," the zoo said on Facebook.

Vaccinations are a routine part of animal care and, according to the zoo, many of the animals set to receive the vaccine first have been trained to voluntarily participate in injections.

Each animal will be closely monitored once they receive their doses.