Bear scare: Increased wildlife encounters are an unexpected outcome of the pandemic

A naturalist reports a significant jump in wildlife encounters as more people take walks near their houses, or spend more time looking out windows working at home. 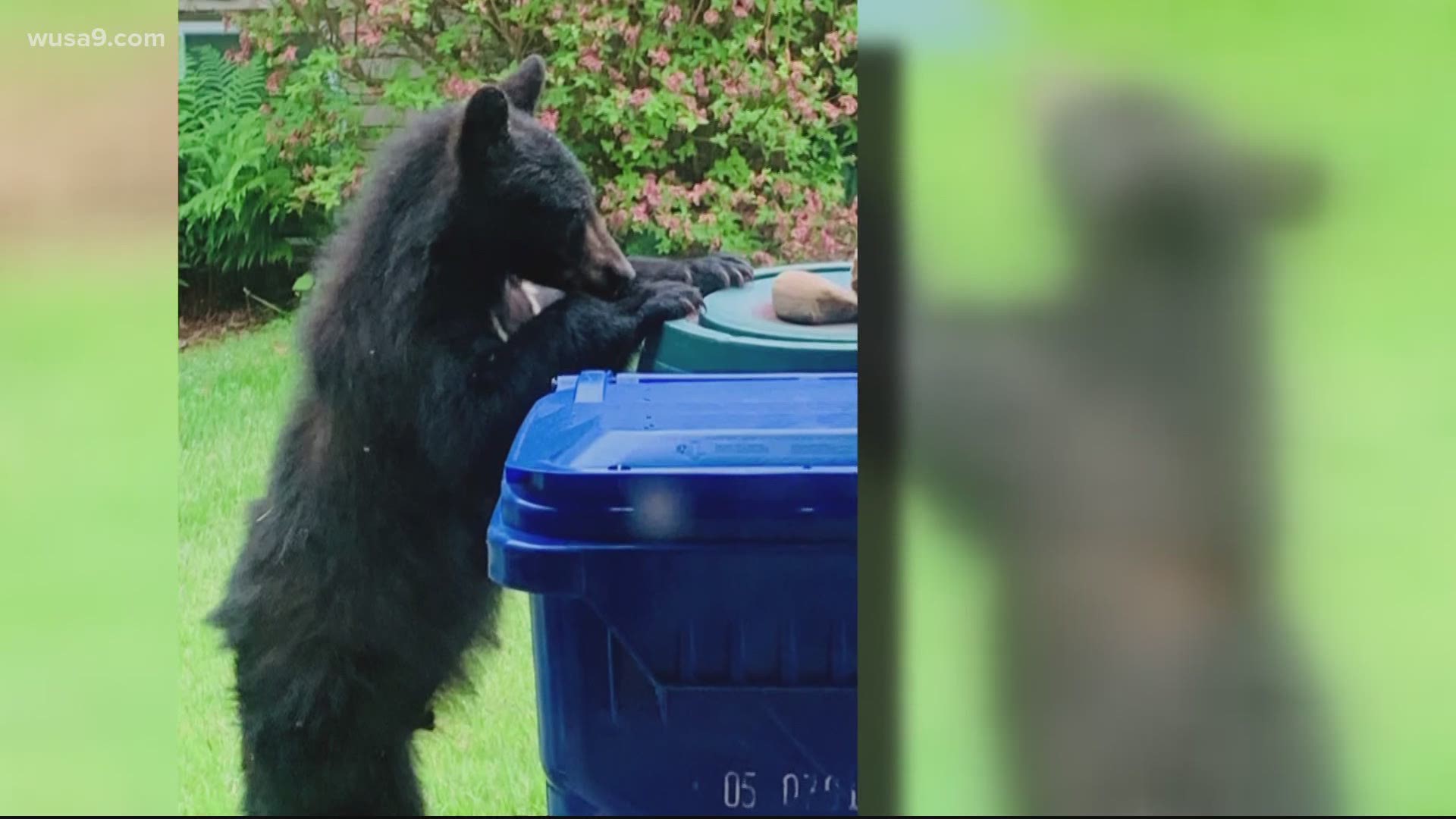 COLESVILLE, Md. — Wildlife authorities in Montgomery County said there's been a bear scare around Colesville and the Paint Branch Park.

The county park system's chief naturalist says he's not surprised, despite the densely populated suburban surroundings only three miles outside the Capital Beltway in Montgomery County. He added there's been a significant jump in encounters between wildlife and people since the coronavirus crisis began in March, because more people are exploring the outdoors near their home and taking walks in natural areas.

No injuries have been reported, the naturalist said.

Audrey Ewin took photographs and reported the bear to 911 on May 18.

"I happened to be Facetiming with my mother," Ewin recalled. "So I leaned forward a little bit and there it was on the ground! I was like okay, okay it's a bear, what do I do?"

Ewin stayed indoors and called 911, where she was told the sighting would be noted.

Ewin lives in Paint Branch Estates on a property that borders the Paint Branch Stream Valley Park between Randolph Road and Fairland Road.

According to Ryan Butler, the principal natural resources specialist for Montgomery Parks, similar sightings happen every year with young males roaming long distances in the first year of separation from their mothers.

But this year has a twist.

"Everyone is either not working, off work, or working from home," Butler said.  "We have bird feeders, trash cans, pet food and we look out our windows a lot more when we are sipping our coffee. We're spending a lot more time outdoors, because that's one of the places we've been able to spend time."

RELATED: VERIFY: Have 'murder hornets' come to the DMV?

Butler explained that bears are only trapped and moved if they become bold, threatening or if they stick around, usually because someone is feeding them.

In this case, multiple sightings, which neighbors shared on NextDoor, were simply noted by authorities.

Butler said it appears the bear has moved on, and if left undisturbed it will likely head back to the mountains by late summer once it figures out there are no females around.

People should never approach or feed bears, according to information posted online by Montgomery County and the Maryland Department of Natural Resources.

If a bear is reported in the area, residents should stay at a distance and calmly retreat, Butler said. Residents should immediately secure trash cans indoors, remove all outdoor pet food and take in bird feeders to cause the animal to move on looking for easier food sources.