CPW officers were called to a northwest Colorado Springs neighborhood on Sunday where they discovered a 150-pound male bear sitting on the resident’s couch. 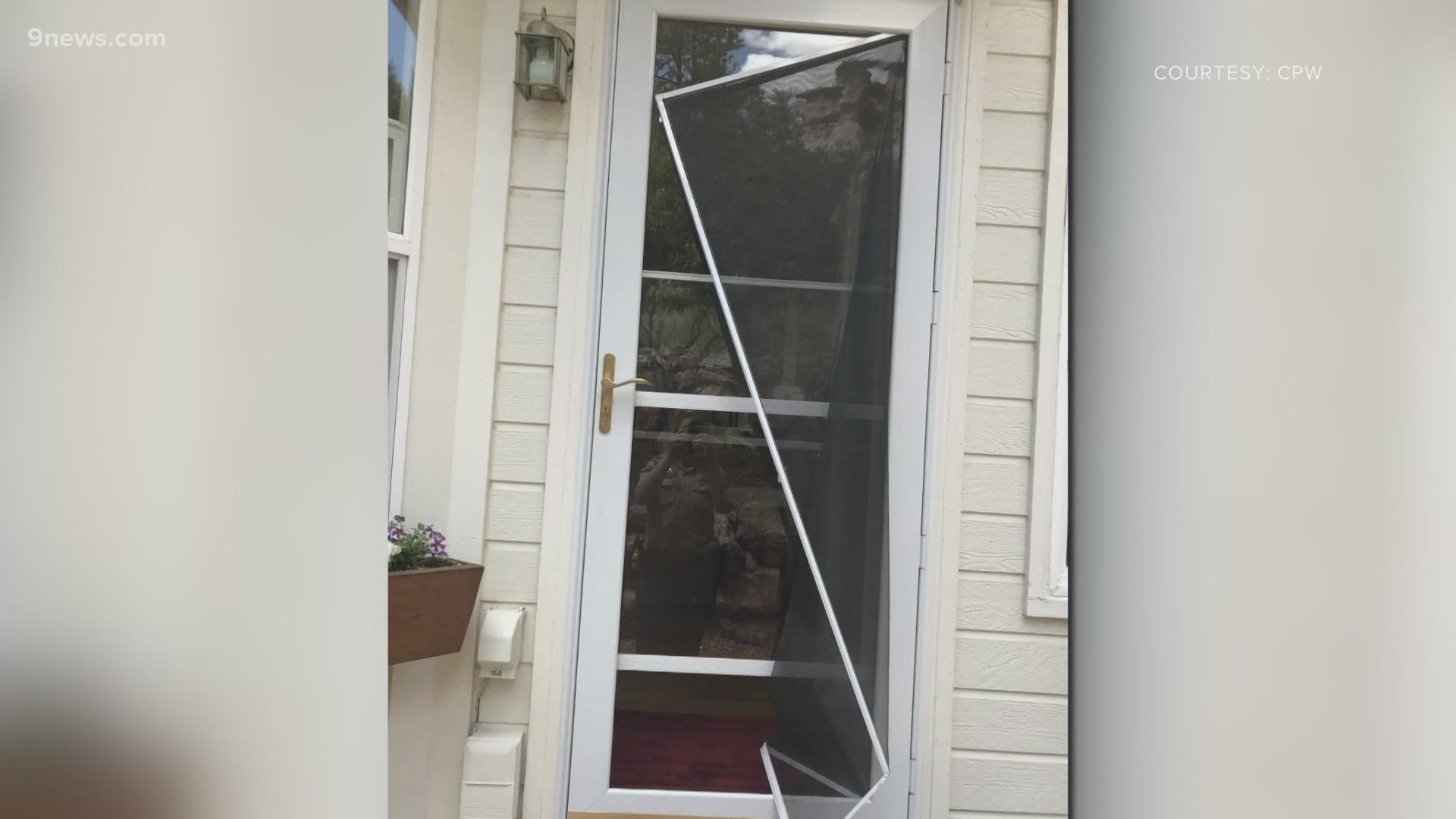 COLORADO SPRINGS, Colo — Colorado Parks and Wildlife (CPW) said a bear that had been previously relocated was euthanized after entering a home.

CPW officers were called to a northwest Colorado Springs neighborhood on Spirerock Path Road around 10:30 a.m. on Sunday where they discovered a 150-pound male bear still inside the home sitting on the resident’s couch.

The bear entered the home by ripping a patio screen door, CPW said. The resident was cooking bacon and was able to safely exit her home through her front door when she saw the bear was entering her property. CPW said a birdfeeder outside the home and cat food by the patio screen door could have attracted the bear to the home.

CPW said wildlife officers had previously relocated the bear from a Northeast region neighborhood, however, it managed to navigate itself back into this neighborhood in an attempt to look for food. After assessing the situation, wildlife officials euthanized the bear.

“It's always a hard day when we have to euthanize a bear,” said District Wildlife Manager Cassidy English. “Our mission is to protect wildlife. When bears become habituated to people, they can become a threat to public safety. This is why it is so important that our community works together to keep wildlife wild.”

CPW said most conflicts between people and bears can be traced to easily accessible human food, garbage, birdseed or other attractants. A bear’s natural drive to eat can overcome its wariness of humans. Bears that get too comfortable around people can learn to open doors, destroy property or even become aggressive towards humans.

>> For more information on how to be bear aware: visit cpw.state.co.us for educational materials on Bear-Proofing Your Home and Living with Wildlife.