Blake Mathesie is a law student and is interning in Jacksonville. He helped draft the new law because of his personal experience with his own mugshot. 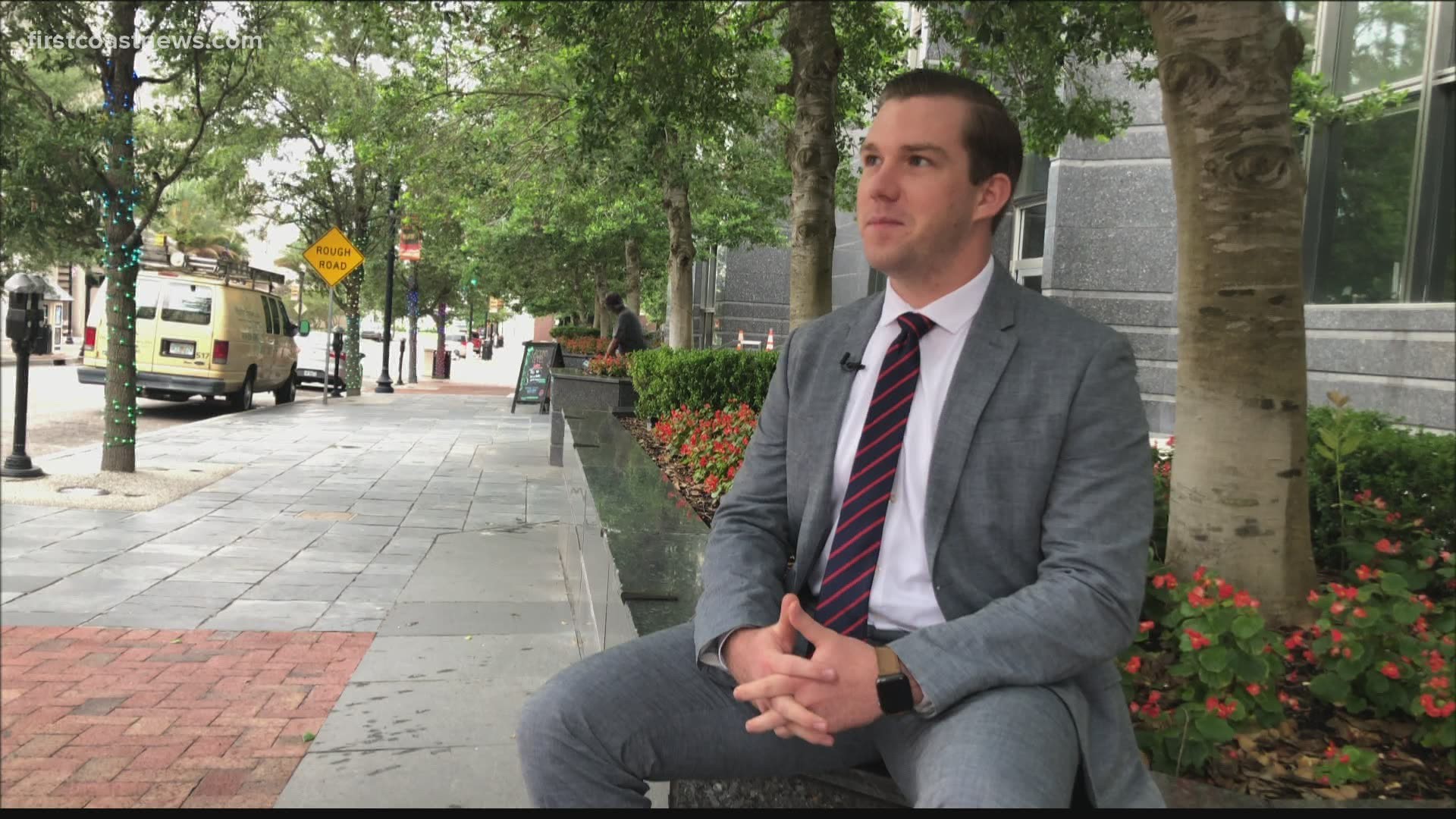 JACKSONVILLE, Fla. — A new law going into effect on Oct. 1 in Florida aims to help people get their mugshots offline. The idea for the law started from a college student’s experience at the University of Florida.

That college student is now a law student interning in Jacksonville. Getting this law passed has been a passion for Blake Mathesie since the night he was thrown in jail for a crime he didn’t do back in 2019. Eventually the court dismissed his charge, but you can still find his mugshot online.

“Innocent until proven guilty is what our nation’s founded on," Blake Mathesie said. "Although mugshots technically don’t mean anything, it’s the public perception that when the public sees a mugshot they assume you’re guilty of a crime.”

Mathesie understood that on a personal level. As a bartender at a college bar in Gainesville, he says one night he broke up a fight. A few weeks later, he was arrested.

“I have about 4 or 5 cop cars pull up to my house, issue a warrant for a felony battery arrest," Mathesie said.

He was in college and in the midst of applying for law schools. Even after the case was dismissed, he said the mugshot has followed him.

Interviewers constantly questioning him about what led up to this photo. When he tried to remove it from websites, he says the company would demand money. Then a law was passed to make that illegal.

But since the websites couldn’t get money in exchange, he says they would refuse to take it down altogether. For the past two years, he’s been drafting and presenting a bill to give people the right to get their mugshots removed.

That bill is now a law and once it goes into effect in October, he says he'll be drafting letters to get his mugshot removed.

“I have my entire future ahead of me and so does a ton of other young Floridians and Americans across the country," Mathesie said. "Their hopes and dreams are getting crushed because you know when you have a job applicant pool and one has a mugshot, why even give them the time of day when you got 99 others.”

Here’s how the law will work:

More than 10 million people were arrested in one year in the US. That’s the most recent number from 2019 according to the US Department of Justice.

This law is mainly aimed at websites that solely publish mugshots as their main business, not news websites.