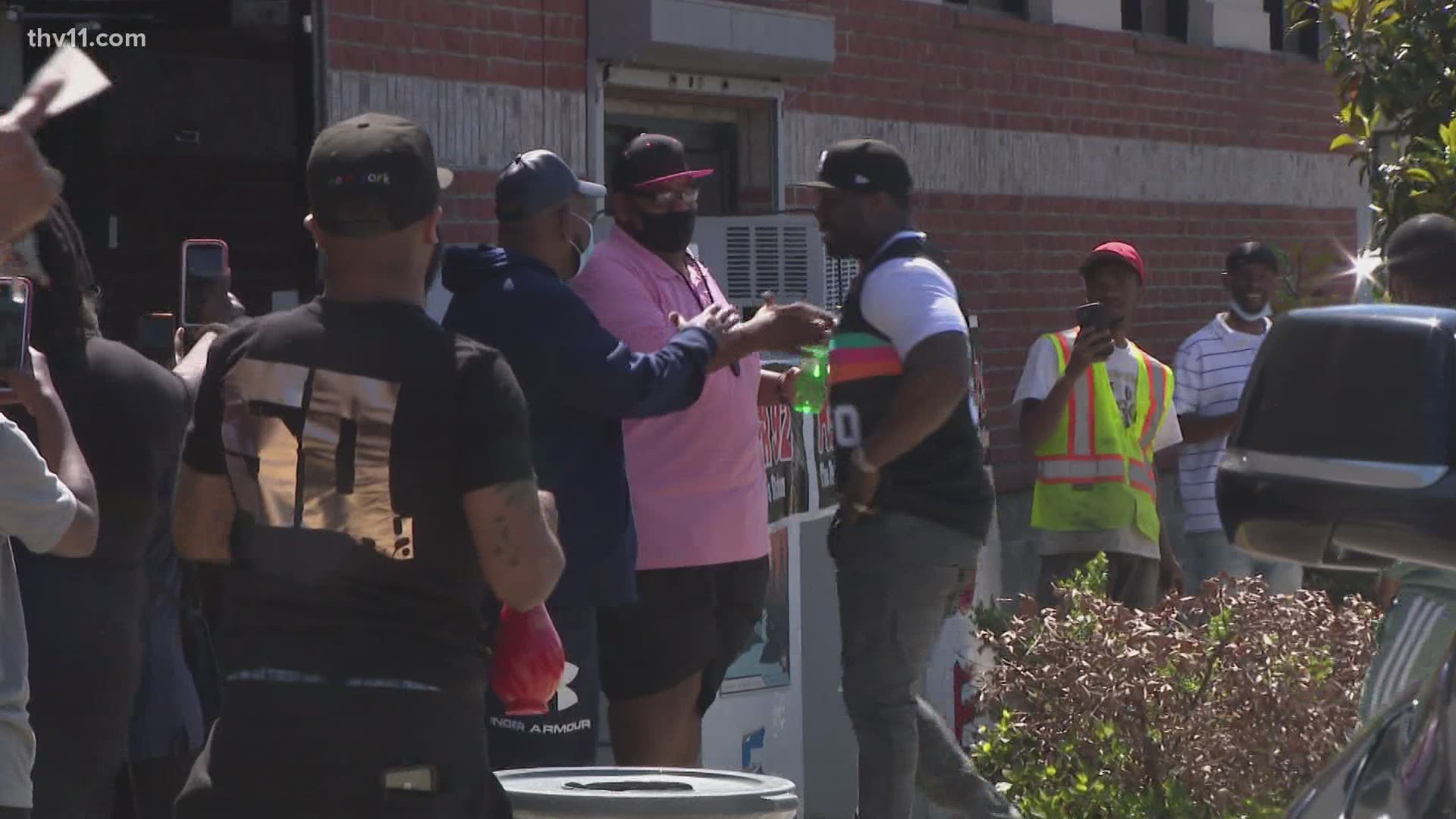 According to his Facebook and Twitter pages, he's in the city promoting his Branson Cognac liquor. He was recently in Omaha, Nebraska to promote his new line as well.

I just touch down in Arkansas, i’m a check the vibes out here. #bransoncognac #lecheminduroi pic.twitter.com/2XE7MTUvJe

In another Facebook post, it says 50 will be at Warehouse Liquor located on Main Street on Thursday, May 13 from 4 to 6p.m, hosted by Broadway Joe Morning Show Power 92.3FM.