The Bald Eagle is a symbol of American values and freedom. Yet it was on the Endangered Species list for 40 years until 2007. In this week’s Adventure Ark... 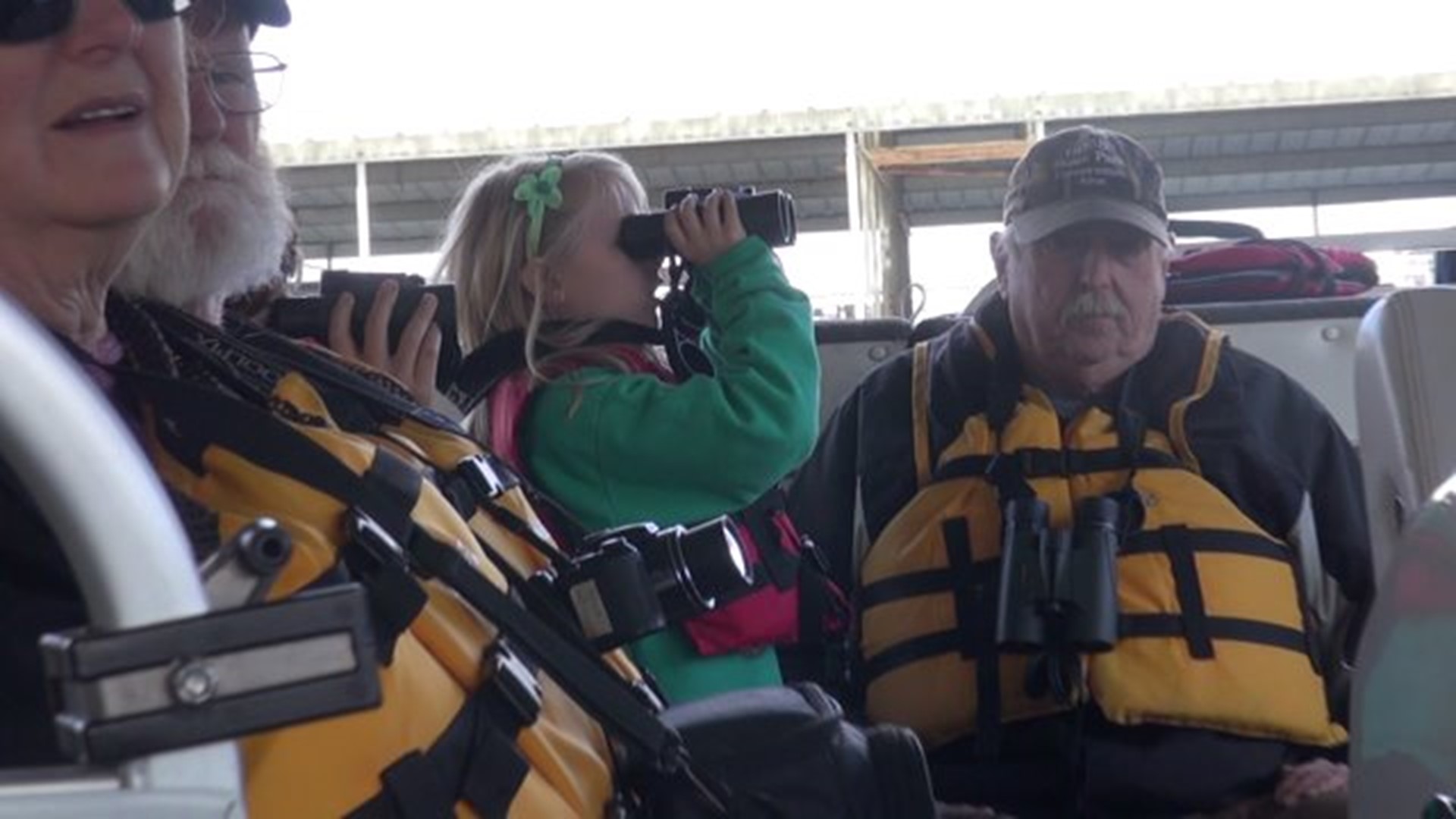 The Bald Eagle is a symbol of American values and freedom. Yet it was on the Endangered Species list for 40 years until 2007.

In this week's Adventure Arkansas, meteorologist Sean Bailey explored Beaver Lakes with guides from Hobbs State Park to learn more about this iconic bird and its habitat here in Arkansas.

Taking off from Rocky Branch Marina on a sunny and cool day, the group set off to scour Beaver Lake to spot bald eagles in their natural habitat.

"Typically we see more Eagles when the weather is a little bit cloudy and sometimes a little bit cool," said Michael Proctor, who has been guiding eagle searches for five years.  "The more sunny the weather, typically the less eagles that we see."

It's not just the weather in Arkansas impacting the search. The mild winter in the Great Lakes has also lowered the eagle count in Arkansas.

"They migrate here in late November and typically go back home in late February," Proctor said. "So they travel a huge distance to get here to get away from the brutal winters up North."

While we had no luck searching the Van Winkle Cove, we did get to learn about some of the other geologic features along the way.

After over an hour of searching, it was looking like we came up short. But out of the blue, two eagles, a male and female, were sitting in a tree.

They posed for us as well. The Zylowski family, who was on their first eagle cruise, recapped their highlights of their adventure.

"They are so majestic looking compared to other birds," said Amanda Zylowski. "They are really just a sight to see."

"I thought it was neat that they were just sitting up there, peaceful," Cooper Zylowski said.

"To see two eagles together, was really interesting," Stan Zylowski said. "To learn about the difference that the female is the larger of the two -- really fascinating."

Proctor says it's rewarding to educate everyone on the eagle's triumphant story.

"I believe people gain a better understanding of eagles and the how precarious their situation was at one time and how great the comeback of the eagles is," he said.

As of 2007, the bald eagle is no longer on the Endangered Species list. However, it is still protected by law.

So far, every Hobbs cruise this year has seen eagles.

You can hop aboard the final Eagle Cruises of the season at Hobbs State Park, which are this weekend. Tickets are $10 for adults and $5 for kids 6 to 12.

You can find more information about the cruises on the Hobbs State Park Eagle Cruise Info website, here.