Meteorologist Sean Bailey trekked to a pair of hidden wild waterfalls in this week’s Adventure Arkansas. The highest point in Arkansas sits 2,753 f... 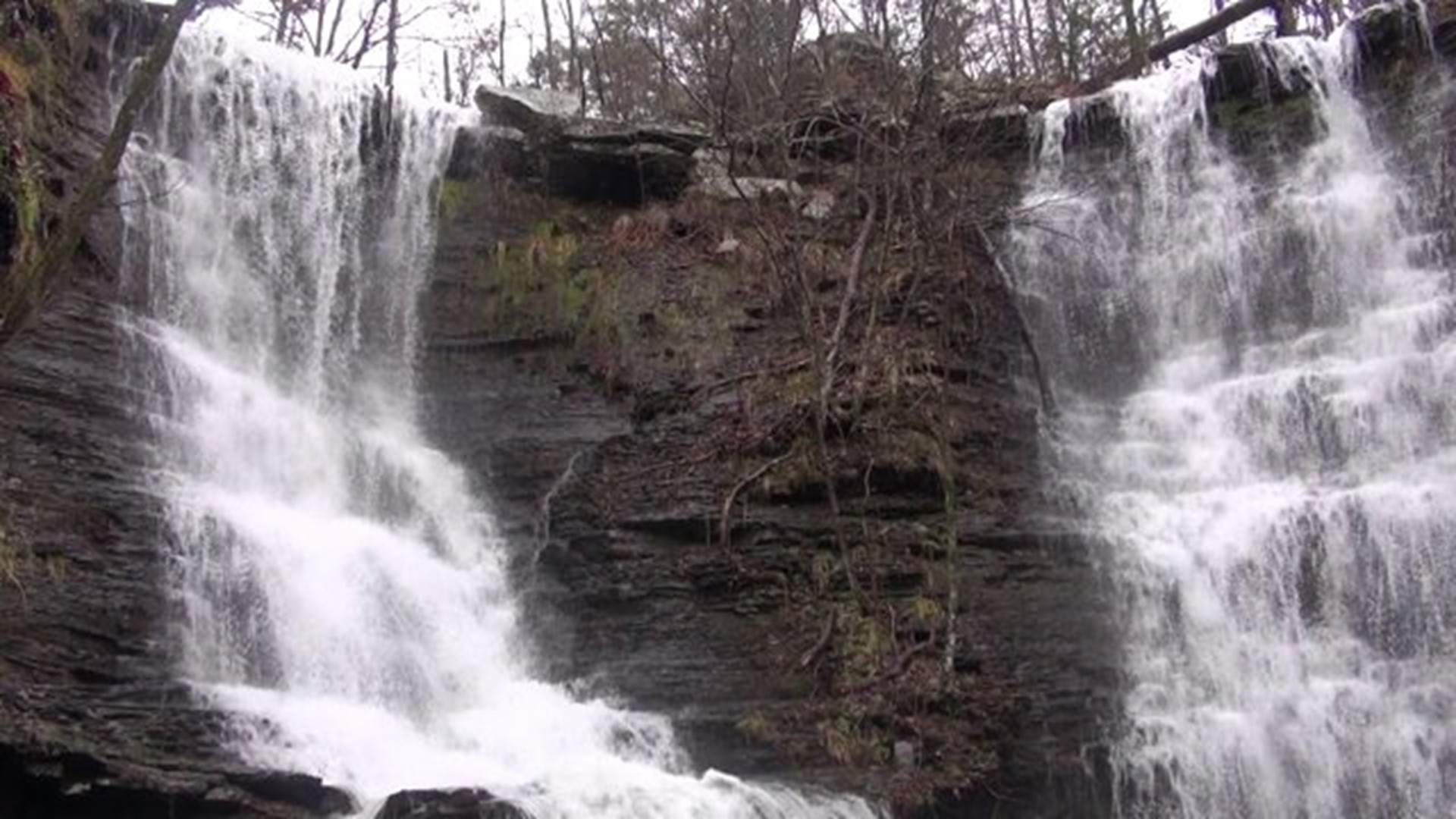 Meteorologist Sean Bailey trekked to a pair of hidden wild waterfalls in this week's Adventure Arkansas.

The highest point in Arkansas sits 2,753 feet atop Mount Magazine. The ridges along the mountain allow for some spectacular cascades and waterfalls to spill over.

"These things carve out enormous canyons and they just change the landscape and they are constantly doing this everyday," said Bryce Alexander, a waterfall chaser. "Waters gonna go where waters gonna go."

Alexander is a landscaper by day, but you can frequently find him chasing his other passion: Waterfalls.

"We need weather like we have today," he said. "Need it to be very rainy, very overcast, no sunlight, no shadows -- that's the formula."

After starting at the top of Mount Magazine, the Adventure Arkansas crew saw the roar of the mountain's cascades, tumbling hundreds of feet down.

While these are easier to reach from the road on top of the mountain, the WildMan Twin Falls, are double the reward and double the trouble to find.

"It's a twin falls, I really have a thing for twin falls," said Alexander. "There's a lot of them in the state. This one just has a lot of character to it. It's got this nice tree right in the middle of it that gives it a lot of personality. It's tucked way off, where you wouldn't think waterfalls would be around Mount Magazine."

The hike to the falls is easy at first, and is only about a half mile to the falls. The last part of the hike goes into the waterfalls' lair, where it is steep and can be muddy and slippery.

"I would say it takes a lot of dedication, a lot of physicality on your body," Alexander said. "It takes a lot of research, and the main thing is to be very very careful. It's just very untouched land, very pretty, you just gotta really be careful."

Of the several dozens of waterfalls Alexander has seen, he said each has its own personality. He even named an unnamed fall after his son Lucas.

The WildMan Twin Falls get their name from waterfall explorer and author Tim Ernst. He dubbed the falls in honor of his explorer friend, Carl "Wildman" Ownbey.

Sean has chased a lot of waterfalls this season. There are directions to the WildMan Twin Falls as well as many others on the Interactive Adventure Arkansas Map.

For a sneak peek of next week's Adventure Arkansas, Sean Bailey continued his waterfall trek by grabbing an interview with the man who literally wrote the books on Arkansas waterfalls, Tim Ernst.

- From Paris take Highway 309 towards Cove Lake and Mount Magazine

- Go 3.2 miles and then stay STRAIGHT on Rich Mountain BYWAY

- Park and then walk along the jeep road to your left.

- Cross a small stream, and continue until you come to a clearing with a gated food plot on the left.

- Go RIGHT at the plot, heading into the woods.

- Continue down the deep slope until you see the falls.