For kids, a treehouse can be anything from a castle to a secret base with no adults allowed. In this week’s Adventure Arkansas, Sean Bailey introduces a l... 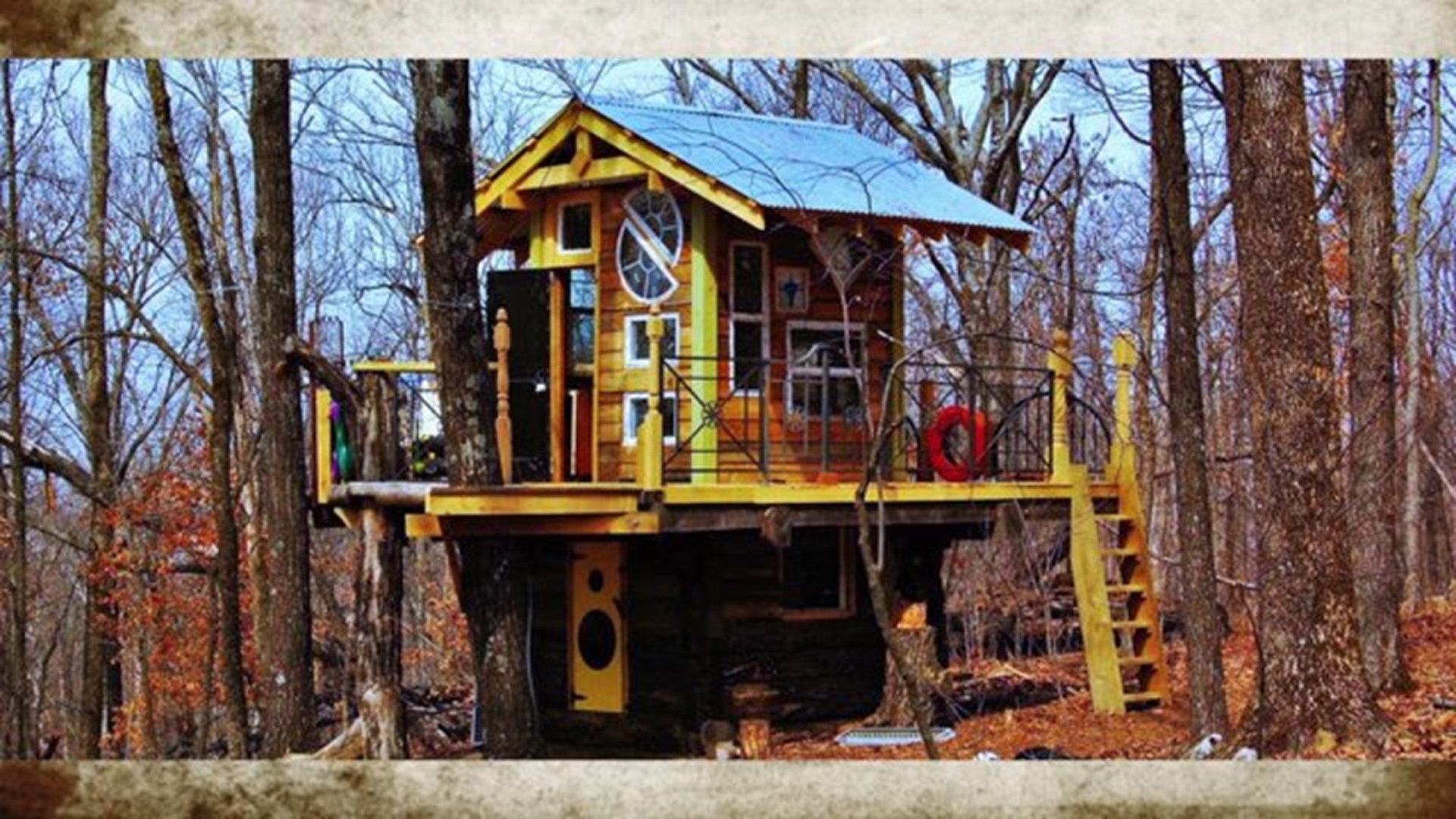 For kids, a treehouse can be anything from a castle to a secret base with no adults allowed. In this week's Adventure Arkansas, Sean Bailey introduces a local builder who is helping local families turn their imagination into adventure.

May and Dyer have seen the trees in Grandma Joanie's backyard transform into a fort of fun.

Joanie Dyer says, "They love it. They've spent lots of time playing with the bucket, looking out through the telescope, and swinging, they've loved it a lot."

The Dyer's treehouse is just one of many across Northwest Arkansas constructed and designed by Josh Hart and his team with Natural State Treehouses. The children's response is always the same.

Josh Hart says, "You know every family that we build a treehouse for, it seems like the level of excitement is so high. Even in the middle of winter, parents will tell us that their kids won't come in for dinner, that they're so excited to e in their treehouse all the time."

A lot of planning goes into investing in treehouse to make it last for kids. "I think you have to look at their abilities, and it's also going to be able later on to be changed up a little bit as the kids get older."

The Treehouses are made to grow with the owners, allowing changes such as a slide later becoming a Zipline or climbing wall or certain structures having a second life as a garden shed.

"That's really our foundation, is building something that is safe, made to last for a long time, and if the design is done correctly, be of interest to the kids for many many years."

Safety and quality are top priority, and Hart says they implement all federal and state guidelines for School playgrounds for play structures they build for homes and backyards.

The kids aren't the only ones who enjoy these treehouses.

"Such a rewarding job, you know. I love the carpentry. I love the work. I love the people I work with and the customers, but yeah. As soon as you see a kid run outside and experience that treehouse for the first time it's a wonderful feeling."

To experience the treehouse, the only "iDevice" the kids need is imagination.

"They are sitting at computers, watching their iPads, playing on their iPhones, and we wanted something that would draw them outdoors and last for a long time we expect good things from it."

Hart's team has also designed structures for several public spaces like the Amazeum in Bentonville and the New School in Fayetteville.

Prices for these custom Treehouses can vary from $1,000 and up. Consultations are free and Hart says they will work with a budget.

To contact Natural State Treehouses or see more of their work, check here.