We're in the middle of Adventure Arkansas reporters so we thought we would take you back in time to 2007. When Darren got to go on an alligator hunt of sorts. 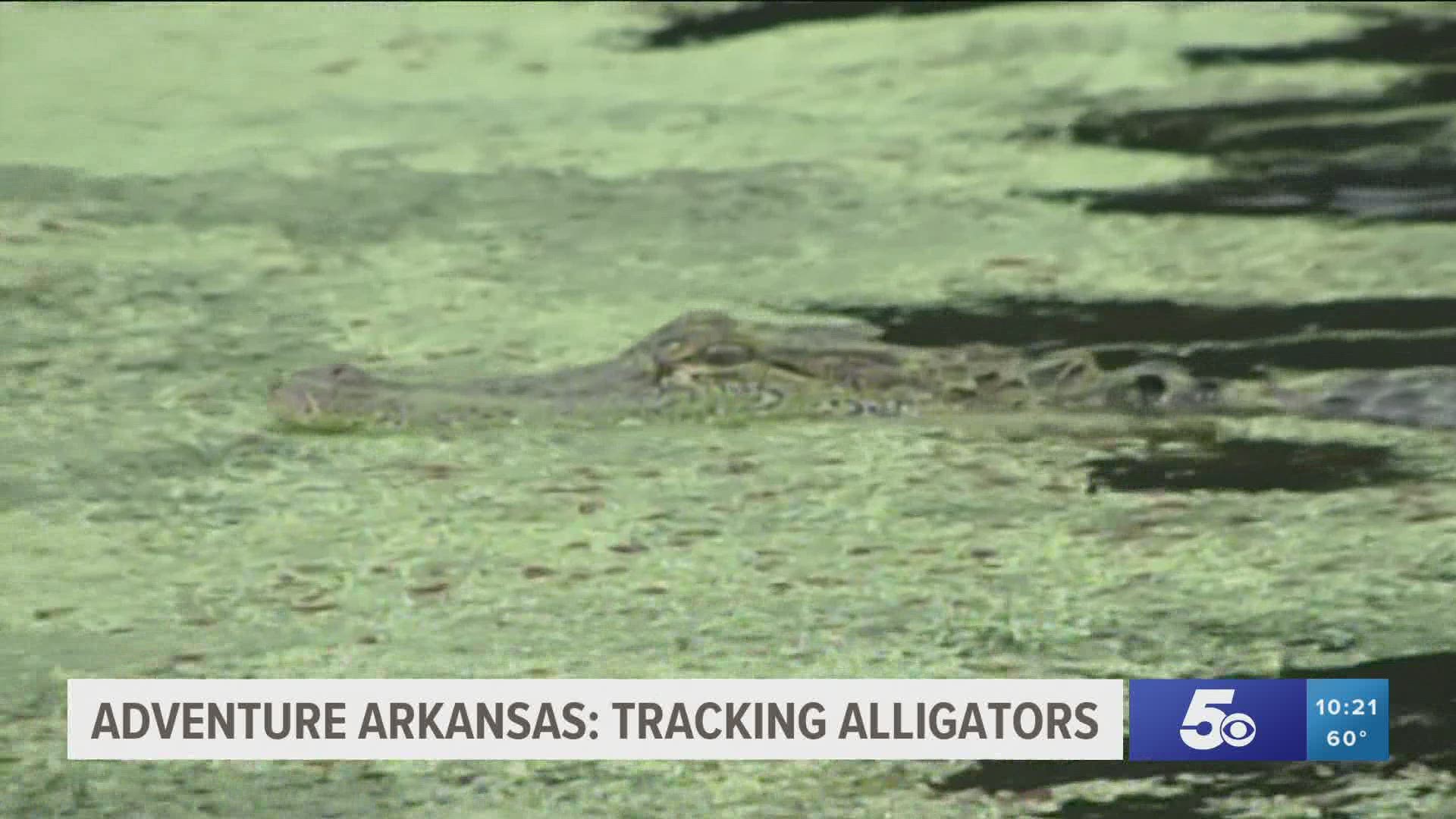 We're in the middle of Adventure Arkansas reporters so we thought we would take you back in time to 2007. When Darren got to go on an alligator hunt of sorts. It was an effort by the Arkansas game and fish commission to track the population of alligators in the state from south Louisiana. Turns out alligators have a long history in Arkansas.

You may not see them while cruising the banks of this south Arkansas lake but rest assured they are there. the Arkansas alligator can measure up to 18 feet but you'd have watched very closely to spot one. They have lived in Arkansas for more than 1,000 years but their numbers were on the decline. Over a 100 year time span up until 1960, these alligators in Arkansas were hunted to near extinction. that's when the Arkansas game and fish commission stepped in.
Kelly Irwin, game and fish herpetologist, beginning in 1972, the game and fish commission began a reintroduction program by stocking alligators captured in Louisiana and that continued thru 1984 and then since that time since that restocking effort ended in 1984, these alligators have since established local populations and appropriate habitat and have reached a point now where they have actually stabilized and while the numbers are growing where they call home is pretty much stayed the same basically its easier for me to say they are absent from the Ozarks, highlands and Ouachita mountain highlands and they extend partway up the Arkansas river valley about as far as Russellville and hollow bend national wildlife refuge area and the petit jean wildlife management area.
The steps used to catch, tag, and release alligators over the past 30 years have done wonders. While no one really has an exact count, they do say the population is at the highest its ever been.
Mike Harris, G & F Nuisance Coordinator without the efforts of the game and fish to reintroduce the native species it would have never worked.