Back in May of 2007, Darren got a chance to visit Lake Greeson to look at how the state game and fish commission back then helped keep the population high. 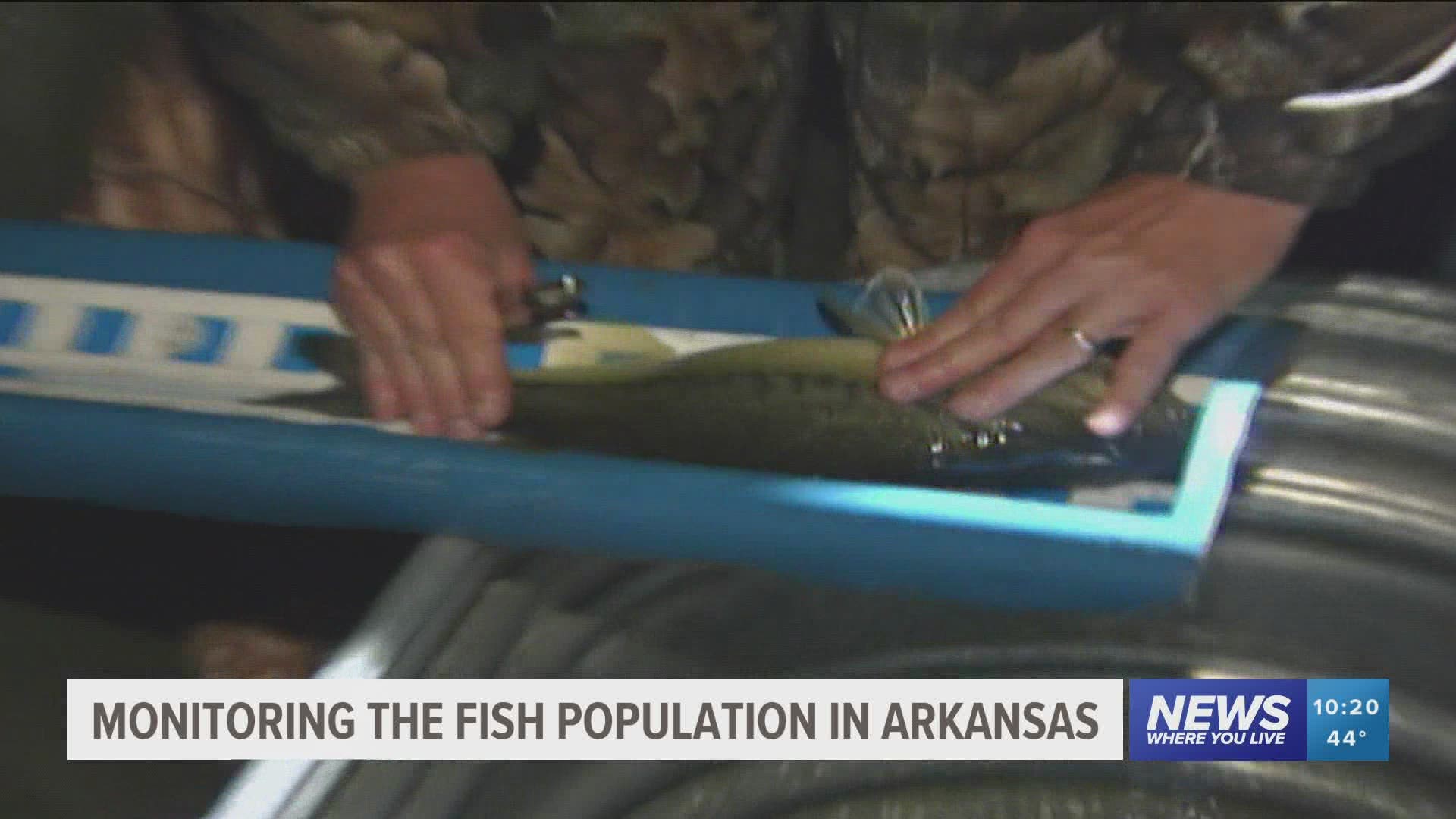 We thought we'd once again take a trip back in time for this week's segment. We know fishing is major in this state but what does it take to keep the fish population from declining. Back in May of 2007, Darren got a chance to visit Lake Greeson near Murfreesboro to look at how the state game and fish commission back then helped keep the population high.

Our science projects begins with a little assembly required. These polls carry electrical wires that hang down in the water and when you pull the trigger the fish come rising to the surface. Don't worry the fish are only stunned. Drew Wilson is a biologist supervisor with the Arkansas game and fish commission. What he and his colleagues do will eventually help make your next bass fishing trip a success

We're after large mouth bass all sizes dip them up we spend basically ten minutes doing this we stop we measure the fish record the data and then go to another random location. Once these scientists get all the information gathered up and recorded, its all fed into what else then a computer program.
They started doing random sampling on lakes. They let the computer pick out the areas so they are doing random sampling on a lake depending on the size depends on how many samples we do. We usually spend two or three nights and we can determine we're dipping up all the bass we can see measured them and when we get through in a night or two all this stuff is put into a computer with a special program an then we get bar graphs showing different sized groups. Same ways they get certain numbers of particular sized groups percentages an that type thing so it tells us basically what the population looks like. If the numbers are low and they stay that way for a year or so, then we will either stock fish or we'll put some sort of protective limit on their or something like that. Since bass fishing is very popular on Arkansas lakes, most surveys like this one are done on bass, Wilson says they'll also occasionally take samples of other types of fish.

The State game and fish commission has compete results of all kinds of more recent surveys on it's website. All with the same idea as you saw from 13 years ago to make your next bass fishing trip a success.