Remember watching Scooby Doo as a kid and seeing him and the gang solve mysteries in creepy places?! Just in time for Halloween, you too can find clues just lik... 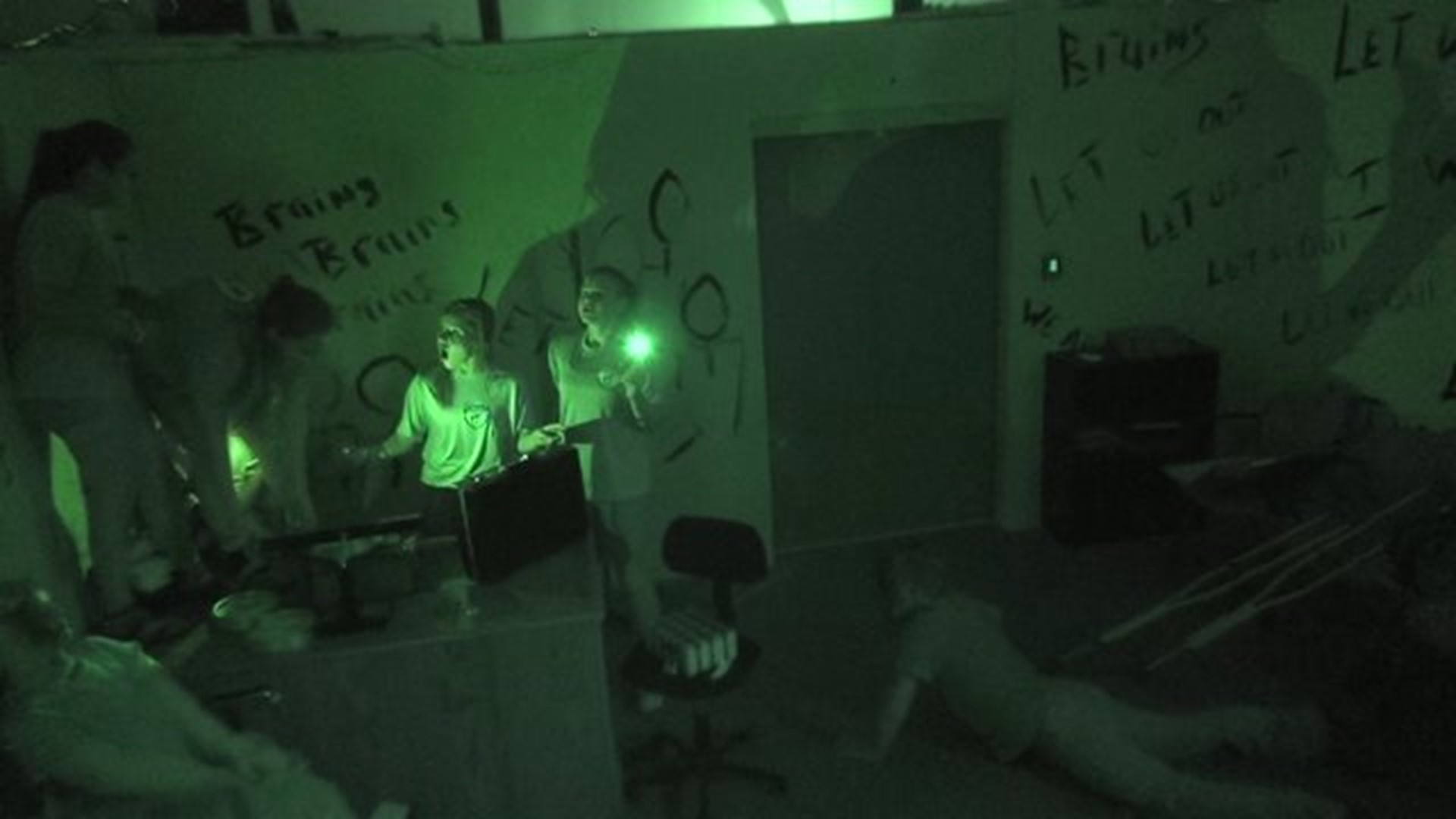 Remember watching Scooby Doo as a kid and seeing him and the gang solve mysteries in creepy places?!

Just in time for Halloween, you too can find clues just like Shaggy and Scooby in haunted rooms filled with the undead!

The Fort Smith Express Soccer team was unaware the next hour of their life would be filled with horror.

After getting locked in LabZ, the girls quickly learn they are not alone.

Tonya Jackson with the Fort Smith Escape Room gave us an exclusive interview with their new employee, Brain dead Zed.

"Well actually he found us,” said Jackson. “He was wandering the streets of Fort Smith and as he emerged from the cemetery and located us."

While Zed is an equal opportunity brain eater, he does play by one rule.

"You’ll find that we have the best behaved zombie around,” said Jackson. “However we will make sure no one can poke Zed during their time with us and he will not be able to touch the guests as they come and play our games as well."

In addition to Lab Z, Zed and his friends also inhabit and haunt the bloody Slaughtering Hole cafe and the Witch’s Cabin while players try to find clues, crack the code, and hopefully escape unscathed.

“At the Games of Terror, it’s a live, interactive game, similar to our regular escape games with a haunted house feel,” said Jackson.

The girls have some simple advice for those who plan on taking on the Games of Terror.

"Don’t get scared easily, the zombies won’t touch,” said the one who stood on the table the whole time. “I gave both of them a high five. Just go with it."

The haunted rooms will be open until November 5th. They also have their three original Escape Rooms, Sherlock’s Home, The Dig and The Boathouse open for players to attempt as well!

Just escape before your brain becomes Zed’s next meal.

You can reserve your time for any of the rooms by going on the Fort Smith Escape Room’s website.