Former University of Akron and NFL football player Matthew Cherry heads to the Oscars with hopes of bringing back the hardware for his short film, 'Hair Love.' 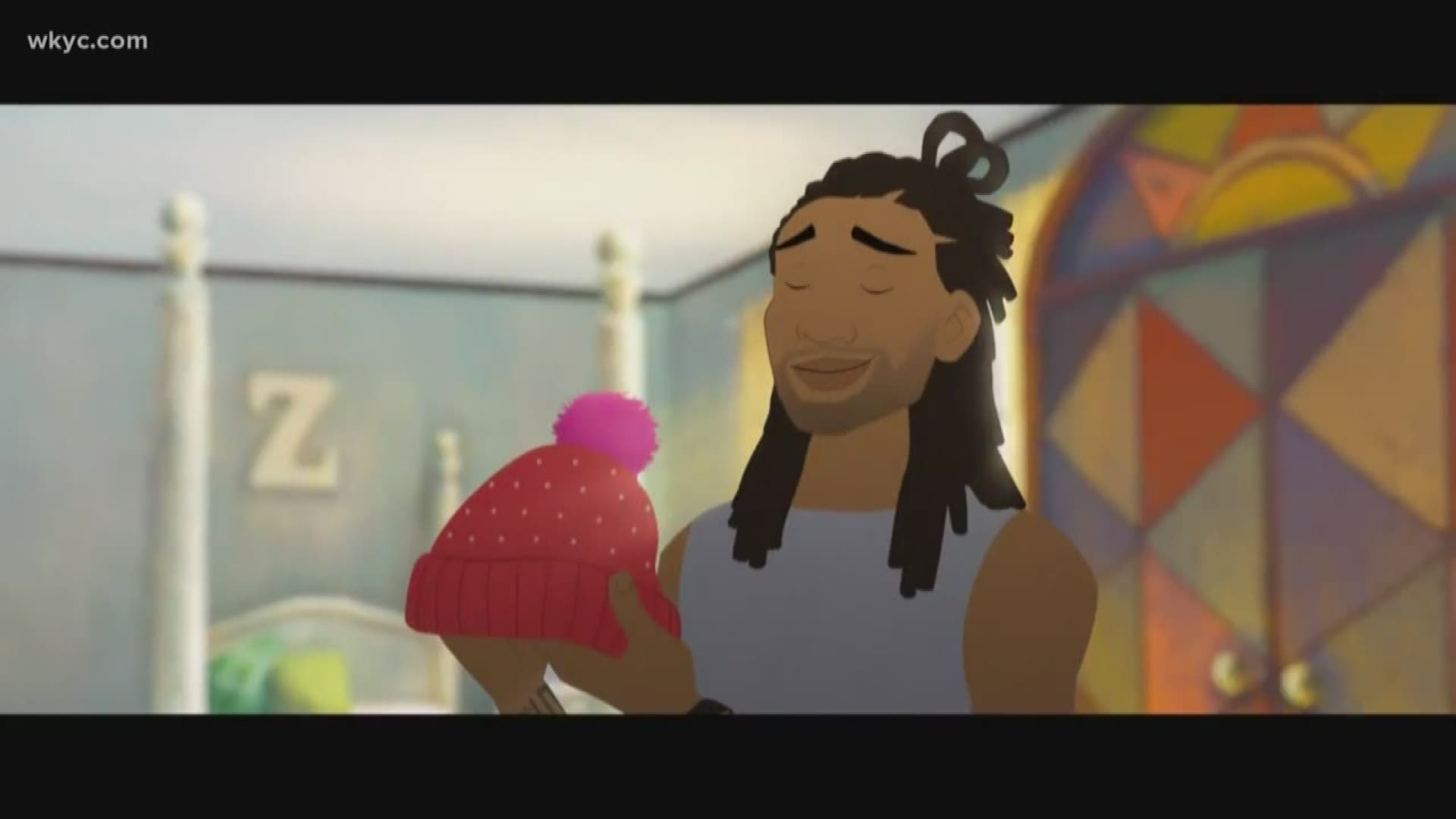 A former University of Akron football star is getting recognized for a very different type of accomplishment. That recognition could lead to some prestigious hardware.

From catching passes at the University of Akron to the NFL, Cherry left football in the rearview mirror to concentrate on another passion.

Then, an unexpected passion appeared, so Cherry decided to do what many people would do. He combined them into one very important project. For him, it was the video short and book, “Hair Love.”

“I was really inspired by a lot of viral videos of dads doing their daughters' hair. It felt like a really good opportunity to shine a spotlight on black fathers,” Cherry recalled. “I think that doing a project that showcases a young black father with locks, showcasing a young black girl that is very proud of her hair, the more representation, the better. It’s been a really cool process to go through.”

The result is an Oscar nod for Best Animated Short Film.

“I just hope that we’re able to come away with something on Sunday,” Cherry continued.

It’s a long way from the sports arena to the Academy Awards stage, but Cherry says he had a guide. The last person to make this jump and win, coincidentally in this very category, was the late Kobe Bryant.

“His literal retirement video got an Oscar win. He wasn’t even trying to make a movie, he was just like, ‘Let me do this cool thing at the Staples Center.’ He was the very first former professional athlete to win an Oscar. I’m the second to be nominated and so often, we’re told you can only have one career in life. It’d just be nice to get that message out there that it’s never too late to pursue your passion.”

RELATED: Oscars 2020: Where to watch this year's nominees