George Strait to perform in Arkansas in 2022

George Strait is headed to the Natural State! Tickets for the concert go on sale Friday, September 17 at 10 a.m. 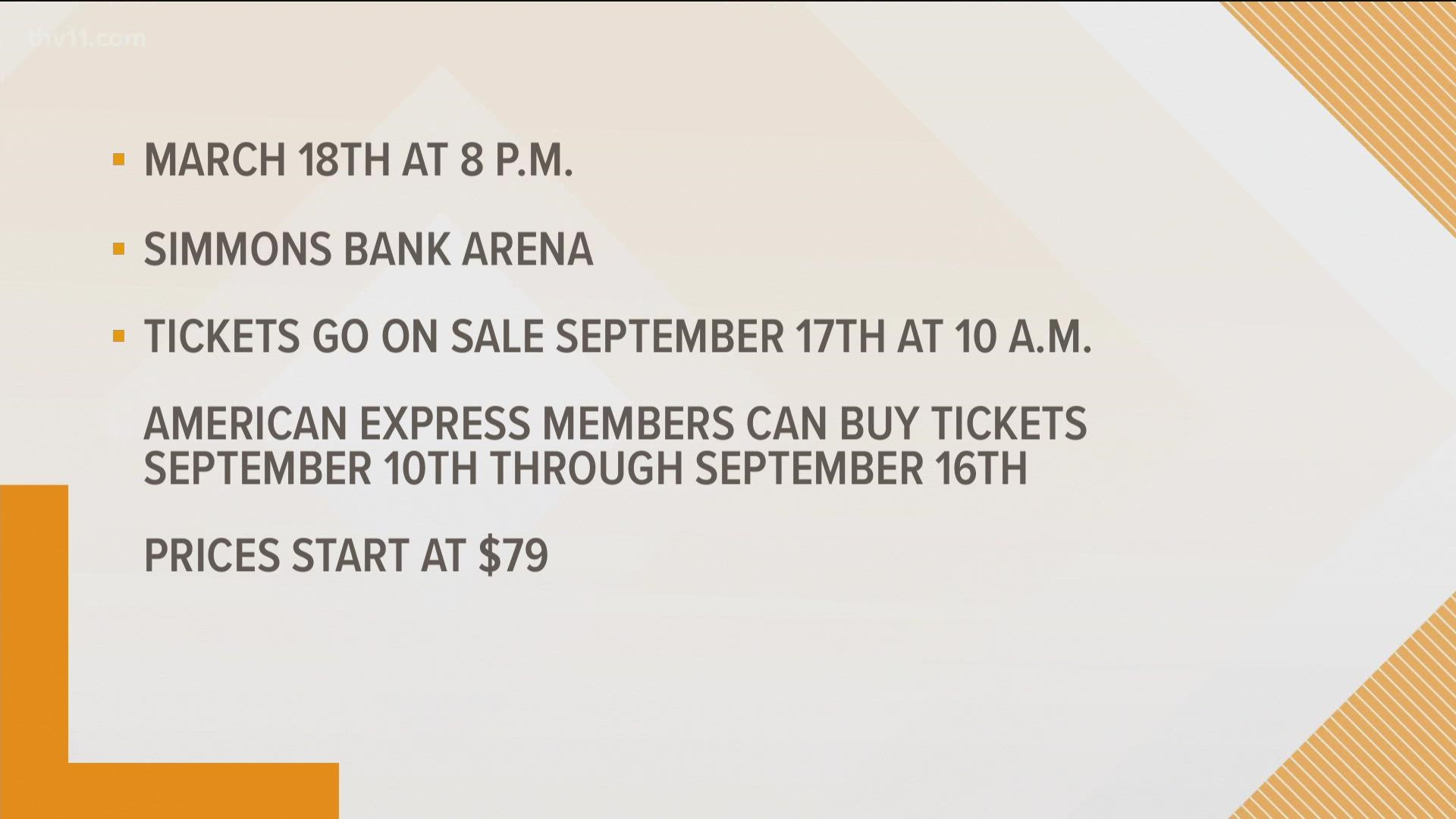 LITTLE ROCK, Ark. — George Strait is headed to the Natural State to perform at the Simmons Bank Arena!

Tickets for the concert go on sale Friday, September 17 at 10 a.m. They'll be available at the box office and ticketmaster.com.

According to the release from Simmons Bank Arena:

With an unmatched 60 singles hitting the top of the charts—more than any other artist in any genre—during the span of his 30+ year career, Strait has collected 33 Platinum or multi-Platinum-selling albums, more than any other Country artist and ranking third across all genres behind The Beatles and Elvis Presley. The Texas troubadour is the only artist or act in history to have a Top 10 hit every year for over three decades and recently earned his 100th entry on the Billboard Country Airplay chart with his latest single, “The Weight of the Badge.” He has sold nearly 70 million albums and earned more than 60 major entertainment industry awards, including induction in the Country Music Hall of Fame in 2006.