The highly anticipated War Eagle Fair is back after a year's hiatus with an expected 300,000 person turnout. 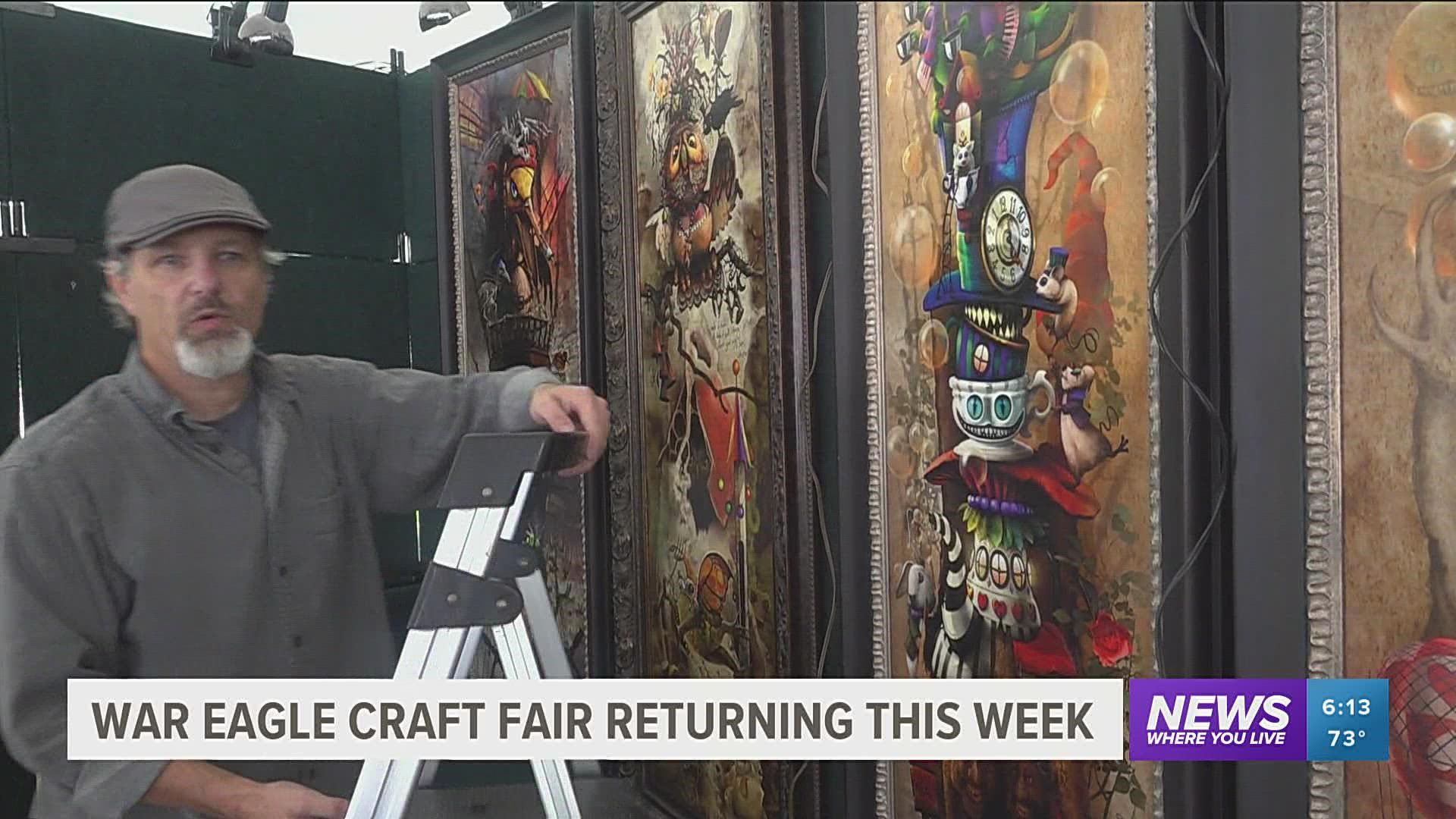 HINDSVILLE, Ark. — After a year off due to the coronavirus pandemic, the War Eagle Craft Fair is back. For the first time in its 67 year history, last year the fair was completely virtual.

This year, the War Eagle Fair is taking it back to the old-fashioned way of putting on events, in-person. For a little over a year and a half, in-person was a thing of the past.

War Eagle Fair organizers are expecting a whopping 300,000 people to attend this year’s event. Along with a large turnout of attendees, there’s an expected 200 vendors to come and showcase their art.

Vendors are coming from across the country and didn’t have mediums of art set up for the big comeback this Thursday, Oct. 14.

Tina and Richard Lorenz of Be the Bird Art have been coming to this event for nearly 20 years. Originally, it was a pass time for a vacation from Louisiana, and after Hurricane Katrina, it became a permanent home. The vendors moved to Northwest Arkansas following the historic hurricane.

Mary Haller is a newcomer to the fair and wasn’t sure where to begin when it came to showcasing her art in the community. She says the War Eagle Fair welcomed her with open arms when her original plans changed.

“Took the first show that came up which was the Bella Vista Art Show, however, even though I got juried in, they canceled the show because of COVID. I was fortunate that I called War Eagle and they kindly accommodated me to quickly get me into the show,” Haller said.

Beth Cornelson says she heard about the fair from over 600 miles away and had to get in on the experience.

“Well, this is the first time we’ve been here. We’ve heard people talk about it so, we’re from Mobile, Alabama. So we came all the way from Mobile Alabama to see about this show. It’s a beautiful area so we’re very excited about it,” Beth said.

Although each vendor presents something different at the fair, they each had one common sentiment. Each vendor said they look forward most to meeting and speaking with people again.

The event runs Thursday through Saturday 8 a.m. to 5 p.m. and War Eagle Farm in Hindsville. Admission for the event is free and parking is $5.