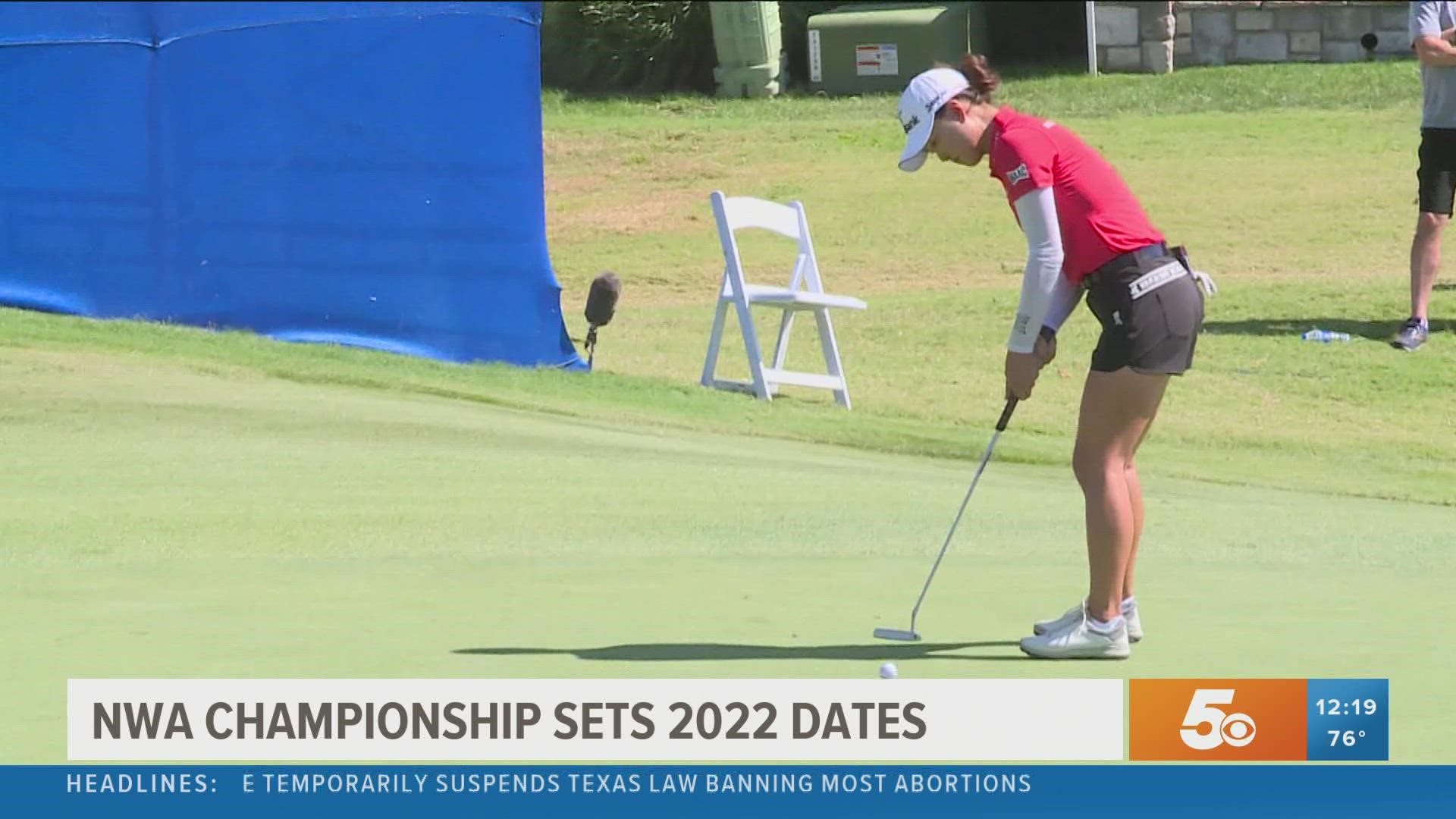 The event featured a week-long schedule of community-driven events including a 5k, the BITE Experience and a variety of kids programming.

The Walmart NW Arkansas Championship announced it will return next fall, slated to take place Sept. 19-25, 2022, at Pinnacle Country Club.

“The Walmart NW Arkansas Championship presented by P&G is a wonderful tradition for our community, offering an affordable and accessible event for the entire region to enjoy,” said Dan Bartlett, Walmart Executive Vice President, Corporate Affairs. “We are looking forward to the return of the #NWAChampionship next fall and for the opportunity to continue to use the tournament as a platform to make a positive impact in our home region.”

Fans returned to watch professionals during the 2021 championship. Japan’s Nasa Hataoka earned her fifth LPGA career title in historic fashion at the 2021 tournament after shooting a final-round 67 and becoming the third two-time winner of the tournament.

She made a hole-in-one during her first two rounds at Pinnacle Country Club (11th and 6th holes, respectively), becoming only the fifth player to record two aces in an LPGA Tour event, and the first to do so since 2016.

Some other highlights from the 2021 event included charitable contributions to the NWA Food Bank and Arkansas Children’s Hospital Northwest, the debut of a new culinary experience onsite at the tournament, the BITE Experience and seven current or former Razorbacks competing in the tournament field. Additionally, 57 volunteers were recognized for their service throughout all 15 years of the NWA Championship.

“As we celebrated our 15th anniversary, it was great to have fans back and many other activities on the course so the people of Northwest Arkansas could enjoy world class golf in person,” said Jay Allen, Tournament Chairman. “We are grateful for the support of our many community stakeholders, long-term volunteers, and corporate partners for the past 15 years and are excited to build upon that momentum next fall.”

Ticket and volunteer opportunities for the 2022 Walmart NW Arkansas Championship will be announced in early 2022. Click here for more information.