Eric Church will make his stop in North Little Rock on Saturday, March 26 at 8 p.m. 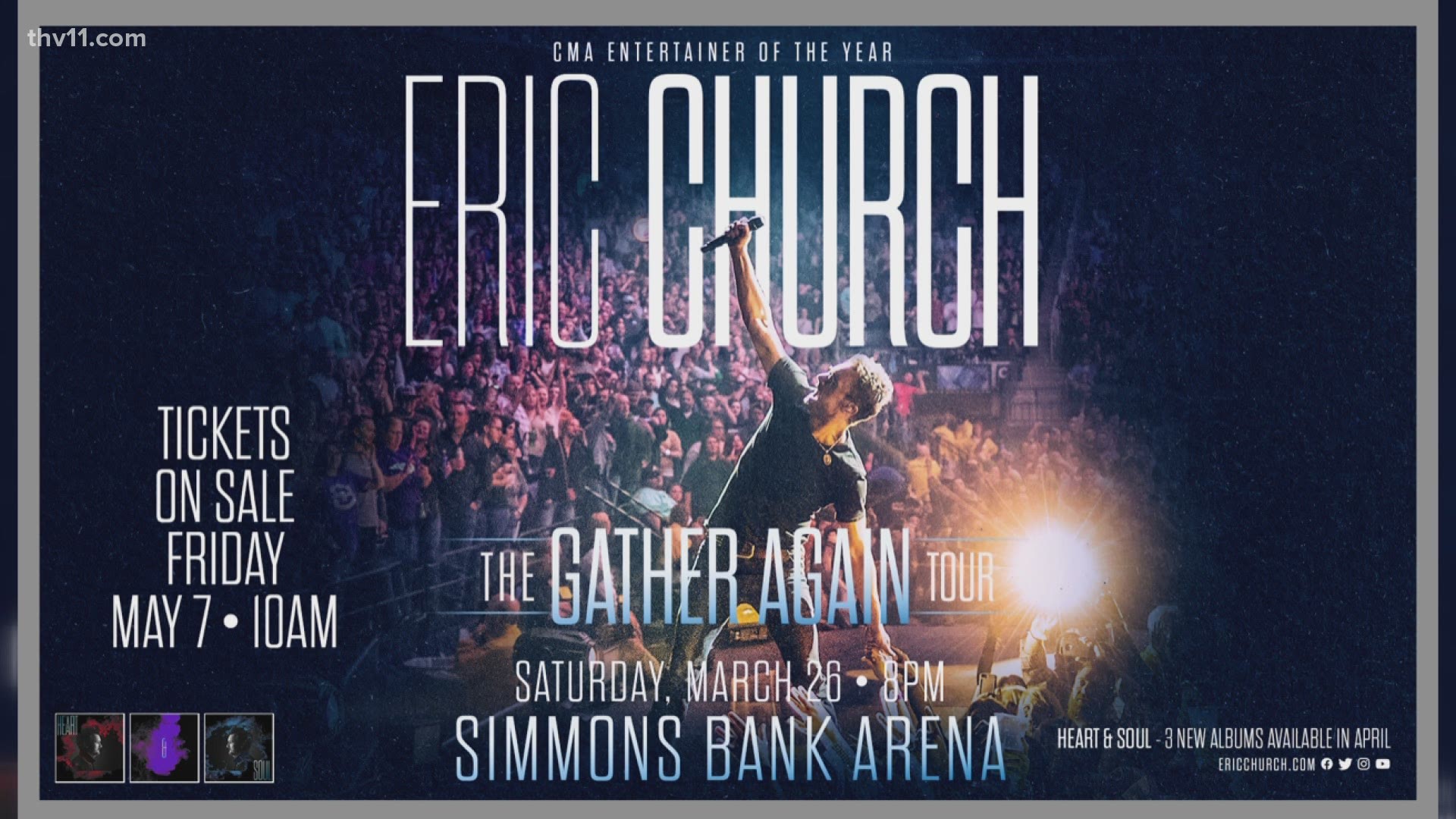 As first shared with the Church Choir and by Billboard magazine earlier today, The Gather Again Tour will kick off this fall and visit 55 cities, including North Little Rock, throughout the U.S. and Canada, culminating at Madison Square Garden in the spring of 2022.

He will make his stop in North Little Rock on Saturday, March 26 at 8 p.m.

Making the most of the long-awaited opportunity to “gather again,” for the first time in his career Church will adopt an in-the-round set up, with the stage at the center of each arena floor in order to accommodate as many fans as possible.

Tickets to all U.S. dates go on sale to the general public Friday, May 7 at 10 a.m. at www.EricChurch.com.

Church Choir members may access tickets early via pre-sale on Tuesday, May 4 at 10 a.m. local time. On sale information for the Canadian dates will be announced soon.