The Dave Matthews Band Walmart AMP concert postponed due to Covid-19 has been rescheduled. 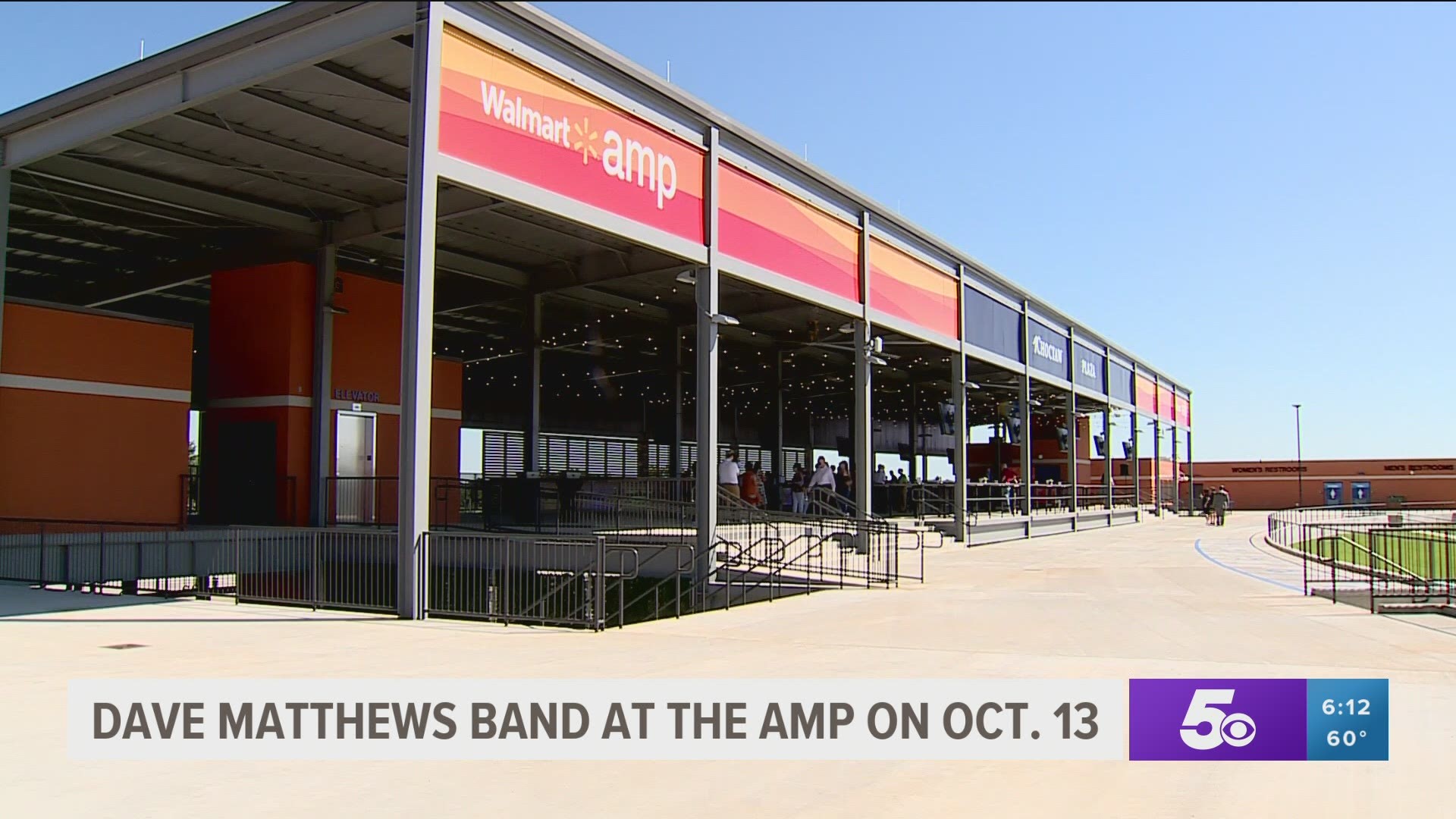 Update: Following a postponement caused by the Covid-19 pandemic, the Dave Matthews Band concert at the Walmart AMP has been rescheduled to Oct. 13, 2021. Tickets for the original event will be honored.

Dave Matthews Band is returning to the Walmart AMP on the first day of fall as part of the 2020 Cox Concert Series.

In-person purchases can be made only at the Walton Arts Center Box Office in Fayetteville from 10 am until 2 pm Monday through Friday and Saturday noon until 4 pm. Tickets will be available for purchase via the WAC Tickets app on Friday, Feb. 28.

Dave Matthews Band is committing to help plant one million trees as a collective effort with The Dreaming Tree Wines and DocuSign.  The band invites concertgoers to join them in this mission by contributing an optional donation of $2 per ticket to plant a tree with The Nature Conservancy’s Plant a Billion Trees campaign – a major forest restoration effort with a goal of planting a billion trees around the world by 2025. For further details, visit plantabillion.org/DMB. This year’s annual eco-village will feature a heavy emphasis on the tree-planting campaign.  Tour greening efforts and the eco-village are in partnership with DocuSign and REVERB.

Dave Matthews Band, who was named a UN Environment Goodwill Ambassador in 2019, will be neutralizing the biggest contributor to a concert’s carbon footprint – fan travel. In addition to the band’s footprint, REVERB will be calculating the carbon footprint associated with fan travel to DMB shows in 2020 and the band will be neutralizing these emissions by supporting carbon reduction projects.  The band has a long history of reducing their environmental footprint and neutralizing tour carbon emissions from flights, busses and trucks, hotel stays and venue energy use going back to their first shows in 1991.

Dave Matthews Band has sold more than 25 million tickets since its inception and a collective 38 million CDs and DVDs combined. With the release of 2018’s Come Tomorrow, Dave Matthews Band became the first group in history to have seven consecutive studio albums debut at No. 1 on the Billboard 200. The New York Times observed in a Critic’s Pick review, “willed optimism fills the songs on Come Tomorrow, while cynicism and irony are nowhere within earshot.”