FAYETTEVILLE (KFSM) — Motorcycles are making their way to Northwest Arkansas for the 18th Annual Bikes, Blues & BBQ rally. But, as the crowds move in ... 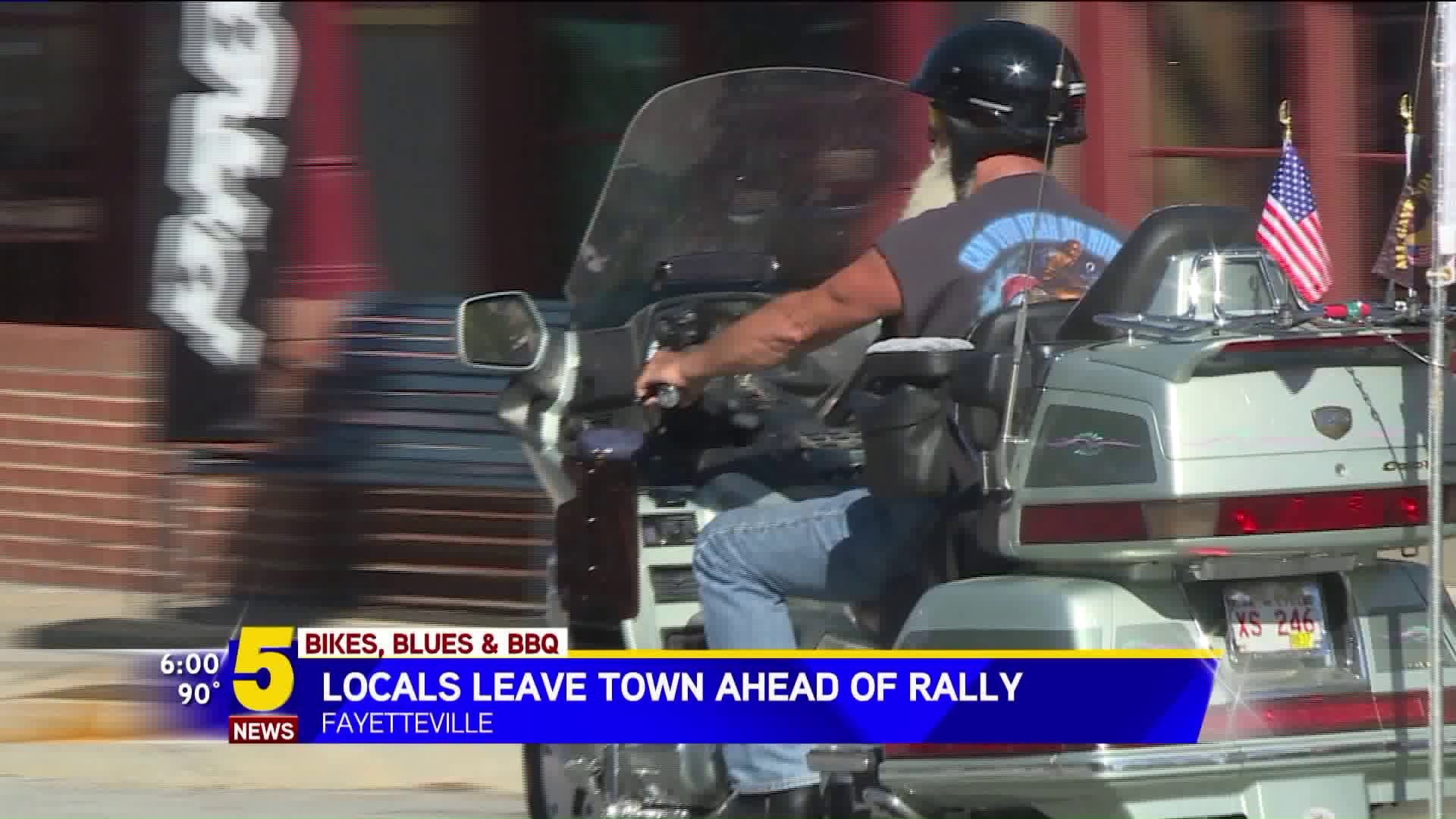 But, as the crowds move in some locals are moving out.

The big rally officially kicks off Wednesday (Sept. 20), and that means Fayetteville is about to get a lot louder. Police say there is a noise ordinance, and they gave out six citations last year from motorcycles revving their engines, forcing some business to shut down during the rally.

Lisa Sharp, the owner of Nightbird Books on Dickson Street said she will close her doors early Wednesday for a long weekend because of the noise and lack of business.

"In the situation, it's the best decision for my business," Sharp said. "It's not good for my employees because we don't make enough money that I can pay them if we're not open, so they lose money this week."

Sgt. Anthony Murphy with the Fayetteville Police Department said the maximum noise limit on the highway is 78 decibels.

"But, when they are in the venue area and revving their engines it's just the discretion of the officer," he said. "If it's an annoyance to patrons on the street or anyone else they could be cited for revving."

Murphy said officers can't stop every misbehaving motorcycle driver, and with so many bikes on the streets it can be unsafe for officers to make the stop.

"It's hard for our officers that are in the venue area to get these motorcycles sometimes to stop because they are moving down Dickson street when they are revving the engine and performing for the crowd a lot of times, getting the crowd to cheer," he said.

Murphy said if you have a noise complaint in your neighborhood to call police and they will check it out.